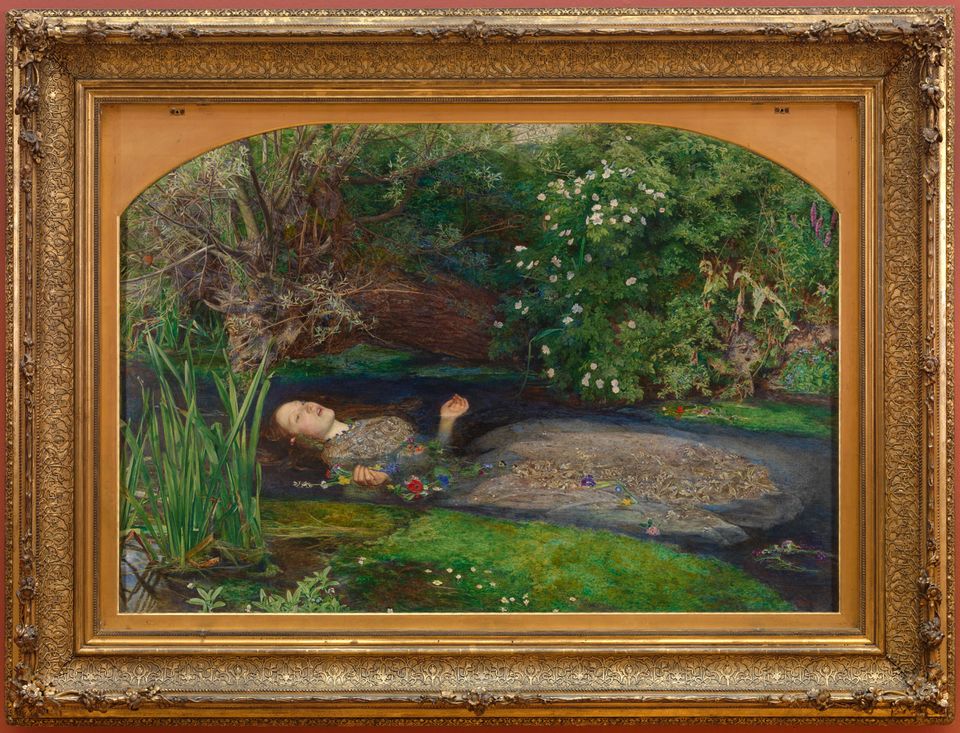 The National Gallery of Australia (NGA) is preparing to receive 50 of the UK museum’s Pre-Raphaelite paintings for an exhibition that the NGA’s new director Nick Mitzevich described as “the most pre-eminent exhibition of 19th-century paintings to ever come to Australia”.

Titled Love + Desire: Pre-Raphaelite Masterpieces from the Tate, the show’s season at the Canberra gallery will run from 14 December this year until 28 April 2019.

Among the works to be loaned to Australia by the Tate are Ophelia (1851-52) by John Everett Millais; The Lady of Shalott (1888) by John William Waterhouse; The Awakening Conscience (1853) by William Holman Hunt, and Ecce Ancilla Domini! (The Annunciation) (1849-50) by Dante Gabriel Rossetti.

The NGA describes these works as “masterpieces” that are among Tate’s most famous and best-loved works. They have never before visited Australia. Complementing the Tate works in the Canberra show will be 40 other loans from British and Australian collections.

Mitzevich, who succeeded Gerard Vaughan as the NGA’s director in July this year, says the NGA is “delighted to be in partnership with the Tate”. Although organised by the NGA while Mitzevich was still in his previous role as director of the Art Gallery of South Australia, Love + Desire will be the Canberra gallery’s first major new exhibition to open under his stewardship.

This is not the first time the Tate has sent parts of its collection across the seas to Australia. Former Tate exhibitions seen in Australia include Turner from the Tate: The Making of a Master at the NGA in 2013. And in 2016-17 the Art Gallery of NSW in Sydney made the exhibition Nude: Art from the Tate Collection its contribution to the Sydney International Art Series.

The AGNSW’s partner in the Sydney International Art Series is the Museum of Contemporary Art Australia (MCA). The MCA and the Tate have also established an important working relationship, as well as an unusual acquisition partnership. They are halfway through a five-year programme called the International Joint Acquisition Programme, under which the two institutions join forces to purchase works by contemporary Australian artists.

To date, 20 works by 12 artists and artist partnerships have been acquired for the collections of the Tate and the MCA. The makers of these works, to be displayed at both institutions at various times, include prominent indigenous artists Vernon Ah Kee, Richard Bell, Gordon Bennett and Judy Watson. Other Australian contemporary artists to have been collected under the programme include Juan Davila, Peter Kennedy and John Hughes, Helen Johnson, Imants Tillers and Maria Fernanda Cardoso.

In April, when the Tate and MCA announced the third round of acquisitions, the Tate’s director Maria Balshaw said: “The variety and quality of each year’s joint acquisitions show how successful partnerships like this can be. Working with the MCA has enabled us to learn from their expertise as well as to build on our own. With the support of Qantas [the airline made a corporate gift of $A2.75m to the International Joint Acquisition Programme] we are beginning to transform the way the Tate can represent the exciting contributions made to contemporary art in this region.”

The Tate’s website notes that the model for the Shakespearean character of Ophelia, which the NGA will use as a key marketing image for the exhibition, was Elizabeth Siddal, a favourite of the Pre-Raphaelites who later married Rossetti.

Siddal “was required to pose over a four-month period in a bath full of water kept warm by lamps underneath,” according to the website. “The lamps went out on one occasion, causing her to catch a severe cold. Her father threatened the artist with legal action until he agreed to pay the doctor's bills.”

While visiting Australia during the summer and autumn months, Siddal need have no fear of catching a chill.