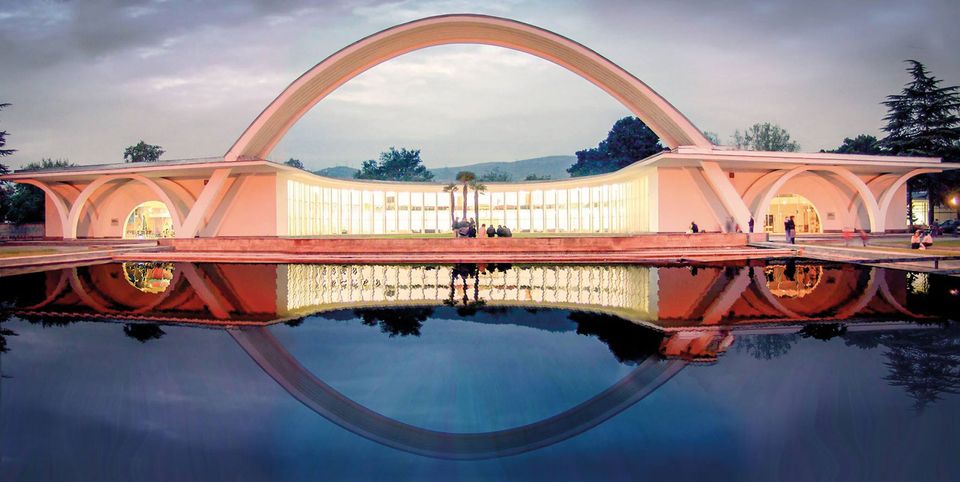 Expo Georgia will host the fair

Tbilisi’s evolving food, club and fashion scenes may have made it a trendy destination recently, but now the Georgian capital’s renaissance has reached the realm of contemporary art. This month it hosts its first contemporary art fair, Tbilisi Art Fair (TAF’18), in which 35 galleries will come together in the Modernist convention centre, Expo Georgia.

Eric Schlosser, the fair’s artistic director, says that a steep rise in foreign investment in the country (up to $2bn in 2017), and steady economic growth, has prompted a “new generation of art buyers”.

In the same week as TAF’18, another landmark project will launch: the Kunsthalle Tbilisi, a non-profit initiative led by the curators Irena Popiashvili and Lika Chkuaseli. The Kunsthalle, which has no fixed location for now, launches with two solo shows on 18 May: Nika Kutateladze’s site-specific installation will be in a Soviet studio apartment on Pavlov Street, and Angelica Mesiti’s video installation in a winery on Petriashvili Street.

Appeared in The Art Newspaper, 301 May 2018
More NewsTopicsNewsArt fairs