We trawled through museum shops, galleries and bookstores to bring you the finest arty delights

'Tis the season to open your wallets, so we've put together the ultimate guide to artistic gifts. Whether you're a fan of Monet or Murillo, Bosch or Basquiat, these pieces are sure to impress even the most cultured of crowds. Here is what you'll find on our wish list this year. 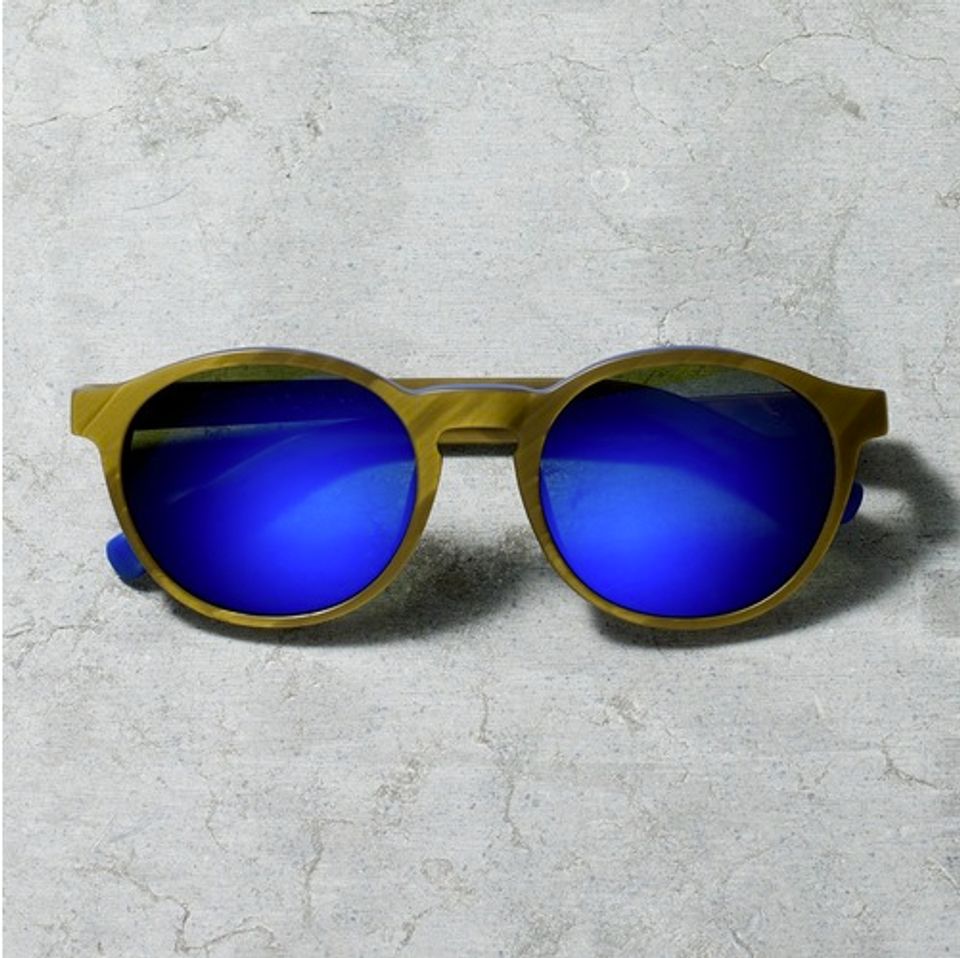 Yves Klein sunglasses on sale at the Whitney

Paint the world blue with these Yves Klein sunglasses. Hip optical brand, Etnia Barcelona has teamed up with the Yves Klein Archives to create these deeply desirable handmade frames with International Klein-blue lenses. Royalties from the collection will go to Orphanaid an NGO for children and families in need in Ghana, West Africa. A perfect gift for those who like to wear their art on their face not on their sleeve. Allure in azure for $297. 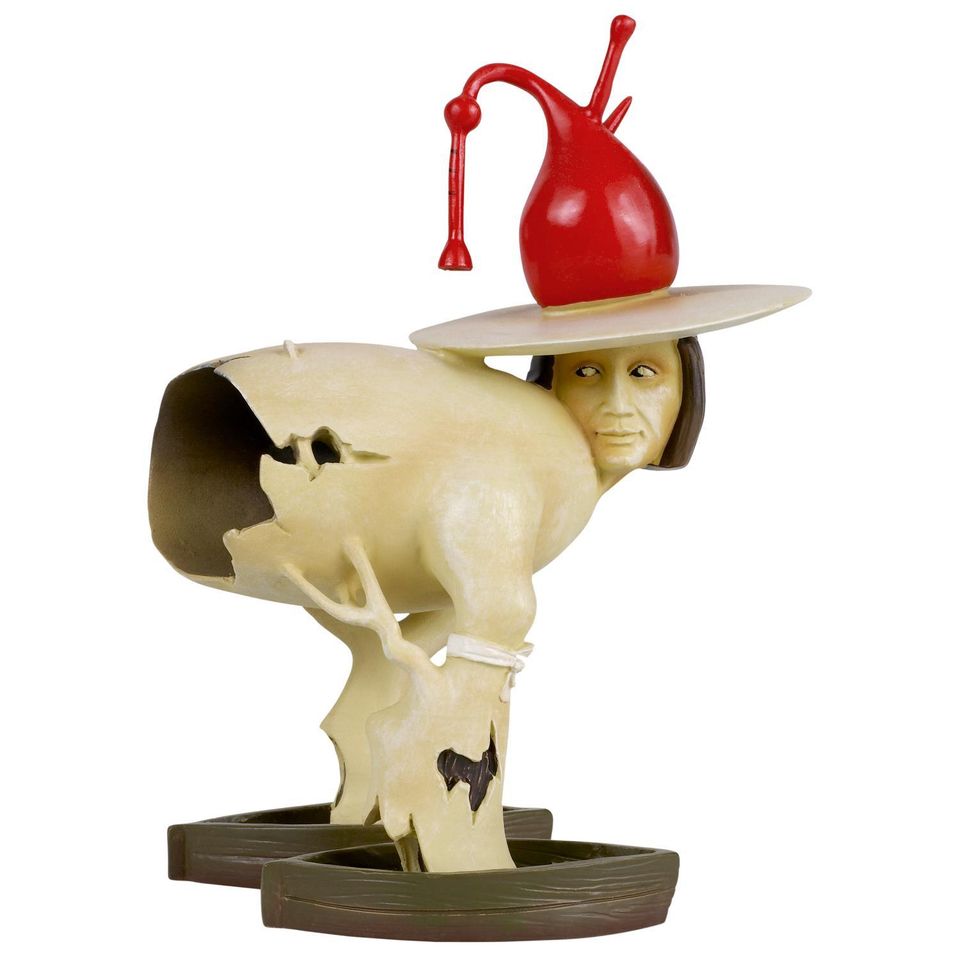 A Bosch figurine available at the National Gallery

Move over superheroes, the National Gallery is selling these great hand-painted figurines from Hieronymus Bosch’s Garden of Earthly Delights (1500-05). Although next year marks 500 years since the artist’s death, these surreal ornaments wouldn’t look out of place at any contemporary art fair. The Art Newspaper particularly likes the Tree Man, who bears more than a passing resemblance to Johnny Depp in Charlie and the Chocolate Factory. Get freaky from £27. 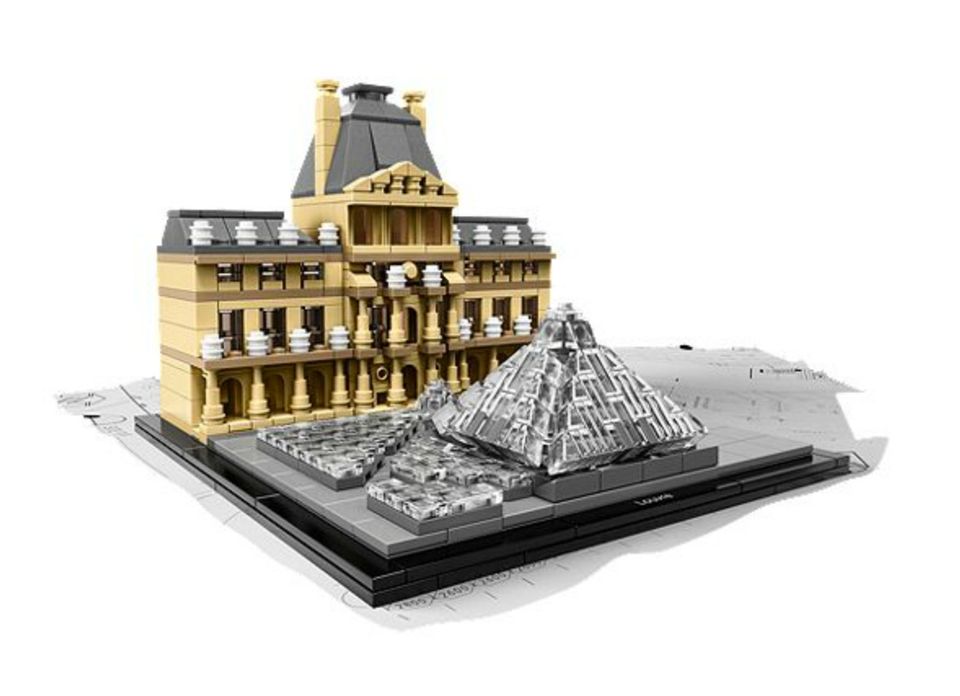 The Louvre made from Lego bricks

The Danish firm Lego may have lost some art world kudos by refusing to allow Ai Weiwei to buy bricks in bulk, but this is unlikely to dent sales in the run up to Christmas. Ostensibly for children, Lego caters to the nerd in everyone with its addictive architecture range, which includes museums around the world. A replica Louvre, including I.M. Pei’s pyramid, is available from Lego online and wannabe Frank Lloyd Wrights can rebuild the Guggenheim (limited edition replica available through the museum’s website for $100). Sadly, the “Museum break-in” kit—complete with armed policemen and emergency vehicles—has been “retired”. 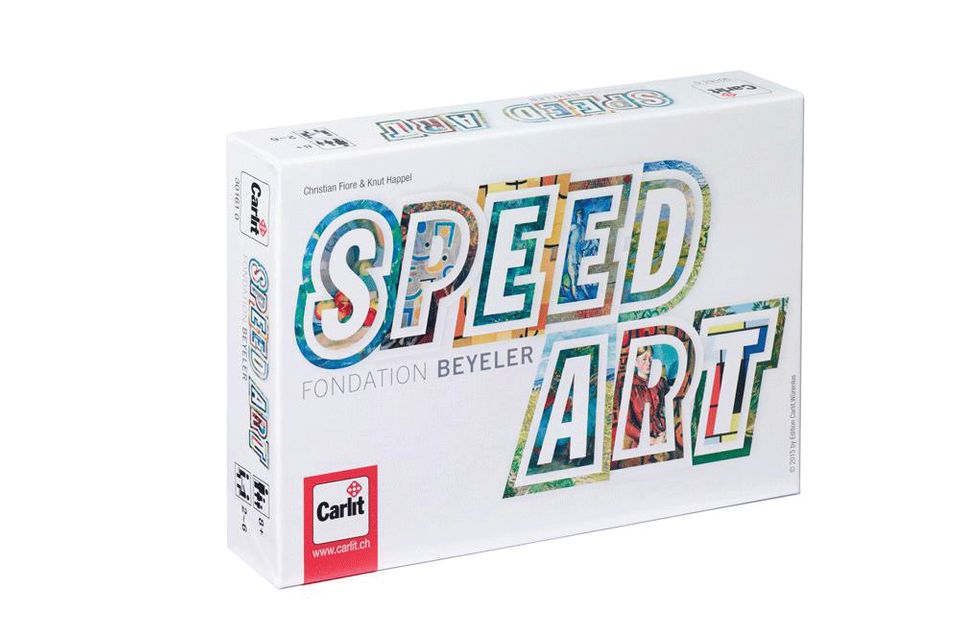 Switzerland’s Fondation Beyeler has got into the festive spirit with the launch of a rapid reaction card game based on the Modern and contemporary works in its collection. Sam Keller, the director of the foundation, is already a Speed Art fan: “It’s really fun, you have to be pretty quick,” he says. The game is for two to six players from eight years of age and while it requires close observational skills and a quick hand, no previous knowledge about art is needed. Speed Art has been designed in collaboration with Ravensburger, a name familiar to parents of Frozen fanatics, and has been funded by UBS bank. 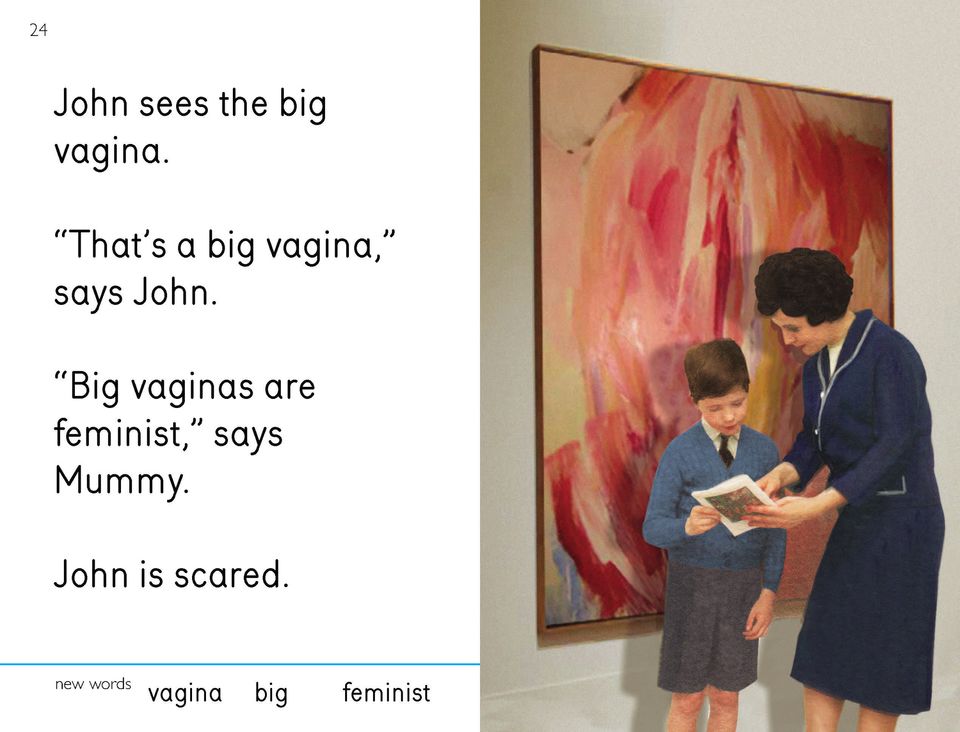 Artist and comedian Miriam Elia’s We go to the gallery (2015) is a biting, satirical guide to contemporary art based on Ladybird children’s books from the 1960s. The protagonists, John and Susan, are taken on a whistle-stop tour of the art world’s most conceited and contentious issues, all in a cheerful deadpan delivery by Mummy. Penguin Books UK, which owns Ladybird, threatened the artist with a copyright lawsuit, which was resolved  following a change in copyright law and an altered logo. She has also created the cover—available as a print—for a possible sequel: We sue an artist (2015). Pop art and 1980s fashion had a baby and the result is this garish bomber jacket. The best thing? The hipster’s current world domination means that it’s ok to wear it in public. And if you like your vintage fashion to have that authentic musty smell, rest assured because these jackets have been hidden in the depths of the ICA archives for the past 37 years. It’s probably a sound investment, too—some of these jackets have sold at auction for around £400. Also, it’s comforting to be reminded that “the ICA likes art”. Who knew? Stuck for a baby name? Fear not! The Whitney Museum has the witty art world solution: declare your own mini-me masterpiece ‘Untitled’. With this baby gown you can take your cue from those most enigmatic of artists such as Picasso, Rothko and Kruger. Let’s face it—the 21st century has been strewn with ridiculous baby names (Kanye and Kim, we’re looking at you) and this is your chance to outdo them all. If nothing else, it will provide a classic photo to embarrass your child with on its 18th birthday. Don’t have socks with holes, have socks with War-holes! The Art Newspaper’s Christmas guide would not be complete without a sock option. So parents, educate your children about the art world with Chatty Feet’s prêt-à-porter artist sock puppets. Their gift set includes Picasso, Van Gogh, Frida Kahlo and Andy Warhol—a veritable salon in your sock drawer, all for the affordable sum of £30. Clearly, a must-have for any art lover. We are going dotty over this reversible Yayoi Kusama-designed jacket. To fit only our youngest (or smallest) readers, this padded parka for girls up to 12 years of age is one of the highlights of MoMA’s collaboration with the Japanese clothing store Uniqlo. Kusama’s spots have been taking over the world. Her retrospective “Infinite Obsession” was the most attended exhibition in 2014 (according to our visitor figures survey). So this jacket is sure to come in handy when you’re battling the elements standing in the queue outside Kusama’s latest show.

The Rijksmuseum in Amsterdam has a playful take on two of its 17th-century Dutch masterpieces, Rembrandt’s largest painting, The Night Watch (1642), and Vermeer’s The Milkmaid (around 1660). Both have been recreated in exclusive limited editions for the museum’s gift shop by Playmobil, the classic purveyor of miniature plastic figurines. The range, priced at €5.95 for each set, launched in 2014 to mark the brand’s 40th anniversary. With their smiles and movable limbs, the company says the toys are “virtually indestructible”—a safe way for kids, and older art lovers, to get their hands on the Rijksmuseum’s collection.

Big spenders may take a shine to Ai Weiwei’s “wearable sculptures”, a jewellery line at the London gallery Elisabetta Cipriani (until 16 January). The ridged lengths of gold, priced between $34,000 and $69,000, have been designed as bracelets but can be twisted by the wearer to fit around a finger, wrist or neck. Dubbed Rebar in Gold, the collection is reminiscent of Ai’s monumental installation Straight (2008-12). The artist’s studio straightened 90 tonnes of mangled steel reinforcing bars from Chinese scrapyards to draw attention to the 2008 earthquake in the Sichuan province, where shoddy construction contributed to the deaths of more than 5,000 school children.

The Connor Brothers, Whatever You Do Will Be Insignificant (2015), limited-edition print, Hang-Up gallery, £100 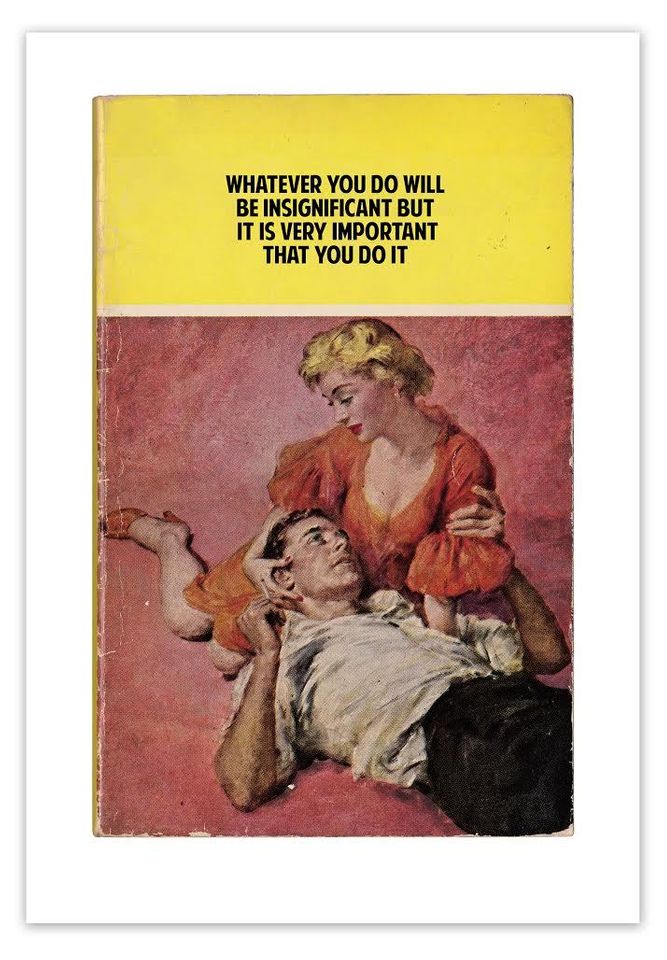 The Connor Brothers, Whatever You Do Will Be Insignificant (2015)

As Europe faces a record influx of refugees, many will be spending less on Christmas presents this year and more on charities. This limited-edition print, on sale at Hang-Up gallery for £100, covers both. Created by the London-based artist duo The Connor Brothers, Whatever You Do Will Be Insignificant is being sold to raise funds for refugees in Calais. The artists have applied to set up a charity to build shelters in the French camp and to contribute to living costs of refugees arriving in London. The charity, backed by Pussy Riot's Nadya Tolokonnikova, is expected to be awarded NGO status in the coming weeks.