After the gala and serious fundraising, Costume Institute and Asian art department join forces to celebrate real and imaginary China

China is a political and economic superpower, but a fashion exhibition in New York argues that the country’s most pervasive influence may be artistic. “The length and breadth of the West’s engagement with China is quite surprising. It goes right back to the Roman empire, with the opening of the Silk Route, through to the height of chinoiserie in the 17th and 18th centuries,” says Andrew Bolton, the curator of the Costume Institute at the Metropolitan Museum of Art.

While celebrities wearing Asian-inspired haute couture, including co-host Anna Wintour, Sarah Jessica Parker and Lady Gaga, lined up on the red carpet Monday night to preview “China: through the Looking Glass”, the Costume Institute’s show opens to the public on 7 May (until 16 August). It juxtaposes contemporary Western fashion with Chinese decorative art, costumes and films, showing the influence of China on Western designers such as Tom Ford, Alexander McQueen, Karl Lagerfeld and John Galliano. The Met also held a press preview of the high-profile show in the Forbidden Palace in January. Thomas Campbell, the museum’s director, travelled to Beijing for the event, at which Shan Jixiang, the director of the Palace Museum, said he looked forward to further collaborations between the two institutions.

Bolton says: “Most designers aren’t looking at the real China. Rather, they’re looking at a China that already existed in their imagination.” This idea is reflected in the title of the show. “It’s my metaphor for the designers who reach out to China through the lens of their minds. The designs are never intended as a facsimile of the original garment or the original object,” the curator says.

Maxwell Hearn, the director of the museum’s Asian art department, hopes that the Costume Institute’s China exhibition brings “a whole new audience” into the Asian wing of the Met. The Asian art department, which is collaborating on the show, is celebrating its centennial this year, with 17 exhibitions in total. The programme includes a Japanese art exhibition in the spring and a Chinese painting show in the autumn. 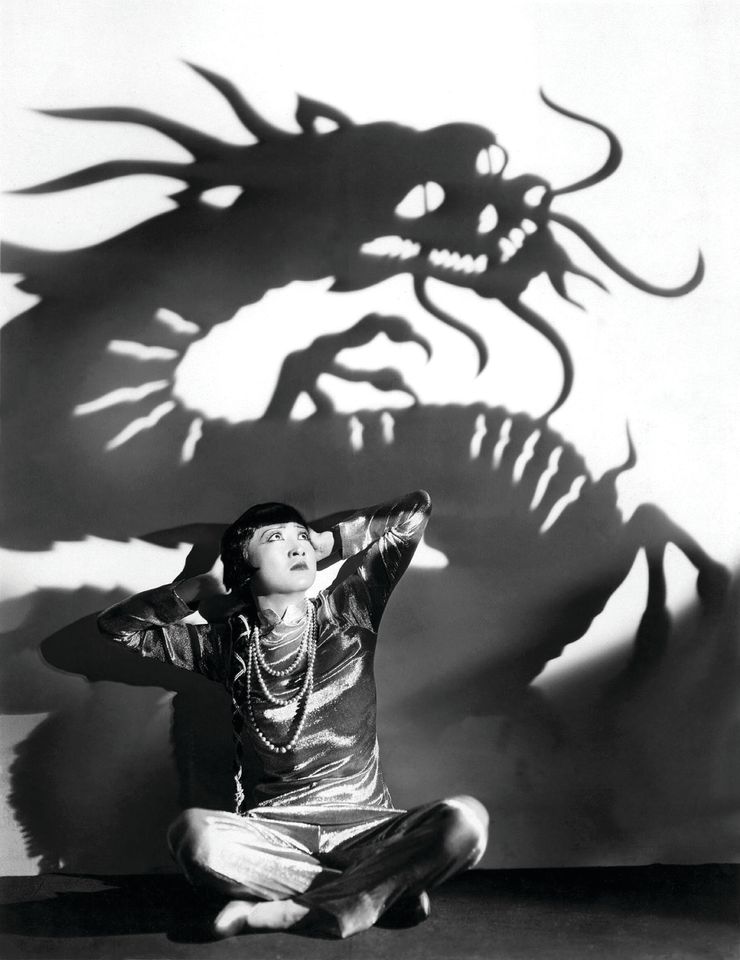 Anna May Wong, Hollywood’s first Chinese-American star, in “Daughter of the Dragon”, 1931. Courtesy of the Metropolitan Museum of Art and Paramount/The Kobal Collection

Several films by Western and Chinese directors will be shown as part of “Through the Looking Glass”, to put the designs in context. Wong Kar-wai, the prominent Hong Kong-based film-maker, is the exhibition’s artistic director. His productions include “In the Mood for Love”, 2000, “My Blueberry Nights”, 2007, and “The Grandmaster”, 2013. The show aims to convey how cinema has been one of the main lenses through which fashion designers in the West have “discovered” China.

An important premise of the exhibition is the idea that the West’s fantastical interpretations of China can exist in their own right, rather than as mere approximations of Chinese culture. So the show aims to readdress Edward Said’s notion of Orientalism—a criticism of the West’s depictions of the East as patronising and inauthentic. “These designers had the intention of creating a fantasy. The iconographies they use have become signifying motifs of China, and they are ones that both Western and Chinese designers gravitate towards. They are sartorial shorthand for China itself,” Bolton says.

The dragon robe, worn by emperors in Beijing’s Forbidden City, signifies Imperial China. Bolton says: “Designers are often inspired by the iconography of the robe, the waves and mountains of the hem, but also the other motifs from the front and back: the dragons, the clouds and the bats.” This section includes what Bolton describes as the “holy grail” of the show: a yellow sequined dress designed by Tom Ford for Yves Saint Laurent in 2004—part of his last collection for the fashion house. The dress was a homage to Saint Laurent’s 1977 China-inspired collection (its imagery, rather than its silhouette, is based on the dragon robe).

The qipao, the body-hugging dress worn by Chinese women in the 1920s, represents the period of the Republic of China (1912-49). It evolved from the Manchu robe, the chang shan, on which the dragon robe is based. Bolton says that the qipao became the “sartorial symbol” of nationalist China and was popularised by actresses, known as “calendar girls”, in films and advertising. It was a sign of “women’s increasing emancipation”—equivalent to the flapper dress.

The show’s foremost example of a Western design inspired by the qipao is a bright red dress that John Galliano designed for Dior in 1997, to reflect the handover of Hong Kong to China that year.

Collecting Asian art Hearn says that, technically, the Met’s collection of Asian art existed before the department was founded in 1915, because private Asian collections had already entered the museum. However, it was not until the 1970s, when the Met “rededicated itself to being an encyclopaedic museum”, that it recognised that its Asian art department needed to be strengthened and “could not be allowed to atrophy”, he says. The department now has 53 galleries and boasts one of the world’s most comprehensive Asian art collections. In the past four decades, the department has published more than 90 catalogues devoted to Asian art, which is a “really important part of the Met’s contribution”, Hearn says.

Around 90% of the Asian art collection has come as gifts from major collectors, mostly in the New York area, such as the Rockefellers, the Havemeyers, J.P. Morgan and Otto Kahn, according to Hearn. Indeed, one of the highlights of the anniversary programme will be a show in the autumn “celebrating a major collection that we’re anticipating coming our way”, he says.

“China: through the Looking Glass” is sponsored by Yahoo, Condé Nast and several Chinese donors; Adrian Cheng, the founder of the K11 Art Foundation, has supported the opening concert.

A Passion for Jade”: 100 pieces from the Heber Bishop Collection

The industrialist and Met trustee Heber Bishop bequeathed his collection of more than 1,000 pieces of jade and other hardstone to the museum in 1902. The objects, which range from everyday items to Imperial artefacts, date from the Han Dynasty to the 20th century. The exhibition, running until 19 June, features around 100 carvings from Bishop’s collection, which Maxwell Hearn, the director of the museum’s Asian art department, describes as “a time capsule of the kind of collecting that was in vogue at that time”. The show forms part of the department’s centenary celebrations.