There's life in the Old Masters yet, as recent sales show

As Tefaf Maastricht prepares to open its doors, Bendor Grosvenor debunks the myth that the market is dying

I’d like to propose a new collective noun for Old Master dealers: a grumble. Gather more than two of us together and we quickly become the Eeyores—the perennially pessimistic character from Winnie-the-Pooh—of the art world. We complain about almost everything except our own stock. In particular, many like to grumble about “the market”, and some even proclaim it to be dying.

For example, the London-based dealer Edmondo di Robilant told the New York Times in 2015: “People don’t go to galleries any more, and they don’t buy Old Masters.” And speaking to Bloomberg, Richard Feigen, éminence grise of the New York-based dealers, said: “These hedge-fund guys are not going to buy Old Master paintings, even if they hear that prices are a fraction of contemporary art.”

Inevitably, such sentiments are picked up by the wider press, for whom a decline in Old Masters fits the narrative of a corresponding “boom” in contemporary art: new versus old. The Economist now says that “buyers have for some time been losing interest” in Old Masters.

But have they? If so, why did a 17th-century picture by Orazio Gentileschi, who is hardly a household name, sell at Sotheby’s, New York, in January for $30m? It was bought by the J. Paul Getty Museum in Los Angeles but the underbidders included a new Asian collector and even a financier (presumably a surprise to the vendor, one Richard Feigen).

Gentileschi’s Danäe (1621) can, therefore, be seen as evidence not that the Old Master market is dying, but that it has changed dramatically. Not so long ago, we might have expected Feigen to sell his Danäe to the Getty himself, but auction houses now offer greater excitement for buyers, more publicity for consignors and the promise of reaching a global network of collectors.

The greatest change to the market has been the introduction of unprecedented price transparency, thanks to the internet. Such transparency—bad for the middleman in any market—has had a devastating impact on those dealers who traditionally acted as retailers, buying stock at auction. Today, a collector can see a work in a gallery and, with a simple tap on their phone, know within 30 seconds what the dealer paid for it. In such circumstances, even a modest mark-up can seem to the collector like an outrage.

Inevitably, many collectors think that they can do better at auction. Consequently, there has been a marked change in the balance of power between dealers and auctioneers, who in turn have targeted private buyers as part of their own successful shift from wholesalers to retailers. Private collectors now represent 80% of Old Master bidders at Sotheby’s—a figure that grows yearly. (Christie’s would not provide a comparable statistic.) Add in other factors such as sharply rising rents in London and New York, and you have the perfect storm for dealers. Many have either closed or retreated to more affordable, but less visible, premises—and a few take comfort in blaming “the market” for their decline.

The auctioneers’ rising strength has had unintended consequences, however, the most notable of which is increased market volatility. Auctions are an inefficient method of selling goods, especially when the approach is to gather hundreds of similar items, dump them en masse on to the market every six months and allow collectors only a few days to actually view them. In most other auction markets, be it cars or jewellery, a stable base of trade buyers exists to provide a floor for prices. But because today’s Old Master dealers are unlikely to bid on well-trailed pictures that “look up” (as the saying goes for anything on auction price databases), the end result is increasing volatility. Some pictures can wildly exceed their estimates if more than one collector bids, while others mysteriously fail to sell.

Aha, say the doubters: surely such volatility is proof of a slump in the demand for Old Masters. But there is, in fact, little hard evidence of a slump. I recently calculated the total Old Master “spend” at Sotheby’s and Christie’s in both London and New York for the past decade; to my surprise, it has remained constant, even when adjusted for inflation, with the average yearly total a healthy enough £258m. The figures reveal a recent shift in momentum from Christie’s to Sotheby’s, which has consistently increased market share, but overall there has been no boom and no bust.

The Obi-Wan Kenobi of dealers As ever, therefore, Old Master values just plod along. For that reason alone, it is pointless to compare the Old Master market with the Modern and contemporary art markets. If Rembrandt still had an agent prepared to bid up his prices, or speculators determined to raise the “value” of their own works by supporting prices at auction, then things might be different. But as Otto Naumann, the Obi-Wan Kenobi of Old Master dealers, points out, “there’s no real connection between the two markets. They both just happen to be called art.” 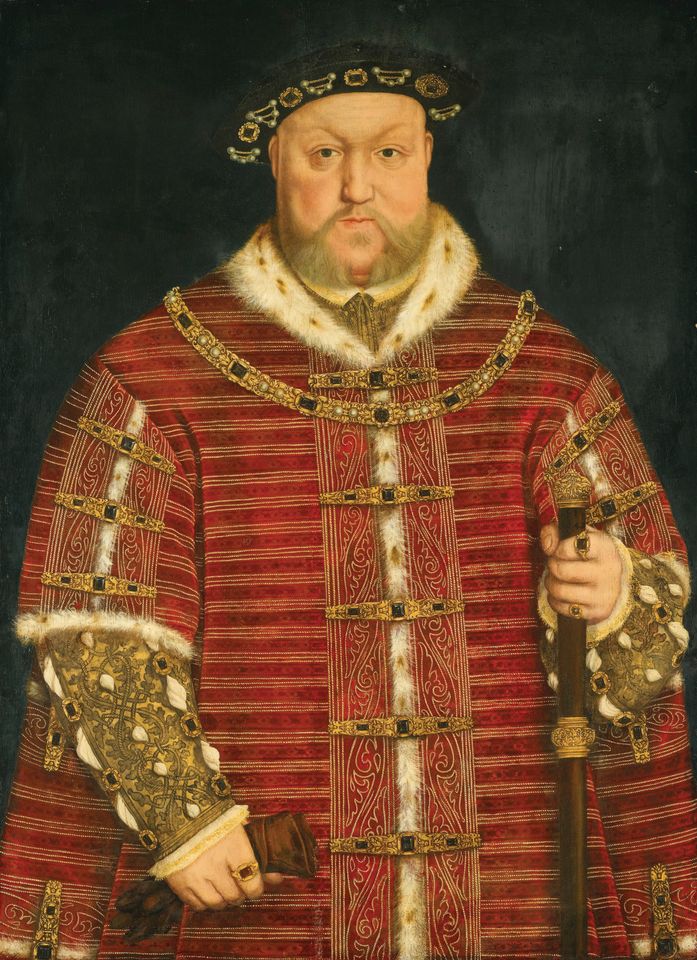 A portrait of Henry VIII from the Workshop of Hans Holbein the Younger fetched £965,000 at Sotheby’s in 2015. Sotheby’s

Certainly, taste changes. And yet market commentators forget that the OId Master tag covers four centuries of art. Although gory pictures of martyred saints might not fit in today’s secular living rooms (and consequently do not necessarily achieve high prices at auction), 15th-century gold-ground paintings and 16th-century European historical portraits do, and prices for these categories have risen. A fine three-quarter-length portrait of Henry VIII, described as “Circle of Hans Holbein II”, from the collection of the Dukes of Hamilton, sold for £168,800 at Sotheby’s in London in 2005, but made £657,250 at Christie’s in 2011. More recently, two “Workshop of Holbein” portraits showing Henry as an older and stouter king made £965,000 and £821,000 at Sotheby’s, in 2015. The Tudors, perhaps helped by all those costume dramas, can sell extremely well.

There remains, in my experience, a healthy demand for interesting, well-presented, high-quality Old Master paintings. (I must leave it to you to judge whether these observations come from my knowledge of the market or a desire to hype it up.) When people stop queuing to see exhibitions of work by Leonardo and stop watching movies about Vermeer, then I’ll begin to worry.

Need to engage with new buyers There are, however, many challenges ahead. The trade’s biggest issue is how it engages with new buyers, something both auctioneers and dealers are, in my opinion, bad at. High-street retailers have a phrase—“threshold resistance”—to describe the difficulty of getting people into their stores. Currently, the Old Master market has a threshold the size of a cliff. Not displaying prices at an art fair can be almost intimidatingly off-putting to potential new buyers. Look at an Old Master “day sale” catalogue and you will not find much in the way of explanatory text, just the basic details and a small, unframed illustration. Auctioneers may do a great job of presenting their best pictures with multiple pages of text, but how many new buyers, even wealthy ones, are likely to enter the market at the top level?

Similarly, how many new collectors are likely to make a day-long trip to Maastricht for Tefaf (the pre-eminent Old Master fair), where, a few years ago, organisers decided to put up ticket prices to keep out the riff-raff? Surely it is time for a new Old Master showcase fair, in a more accessible city. The recently announced Tefaf satellite fair in New York might help, but it feels already as if it has the ambition only to be a complementary fair to Maastricht, and not a replacement. And how many dealers use Twitter, or have even half-decent websites, not to mention foreign-language ones? The Old Master trade prefers to communicate by semaphore, when the rest of the world has Skype.

Perhaps we should seek reassurance from the one industry that has consistently raised interest in Old Masters: museums. In 2014, a record 6.4 million people went to the National Gallery in London, which does not display art made after 1900. How does the gallery make this apparently “unfashionable” category appealing to a diverse audience? It starts by stripping away all the wordy nonsense that many people like to attach to art, especially when they are trying to sell it. Instead, it tells the stories behind Old Masters, a key part of their appeal, in an engaging, straightforward and “guff-free” way, with works by minor artists tangibly linked to those by great ones.

At the National Gallery, you will find no sniffiness about certain periods or subjects, no snideness about another institution’s holdings and certainly no disgruntled curators claiming that “nobody likes our museum”. In other words, the recipe for success is potentially quite simple: be enthusiastic about your product and make full use of the new ways the digital age has given us to talk about it. We are, after all, dealing with some of the most beautiful objects ever created by mankind. It really shouldn’t be that hard to sell them.