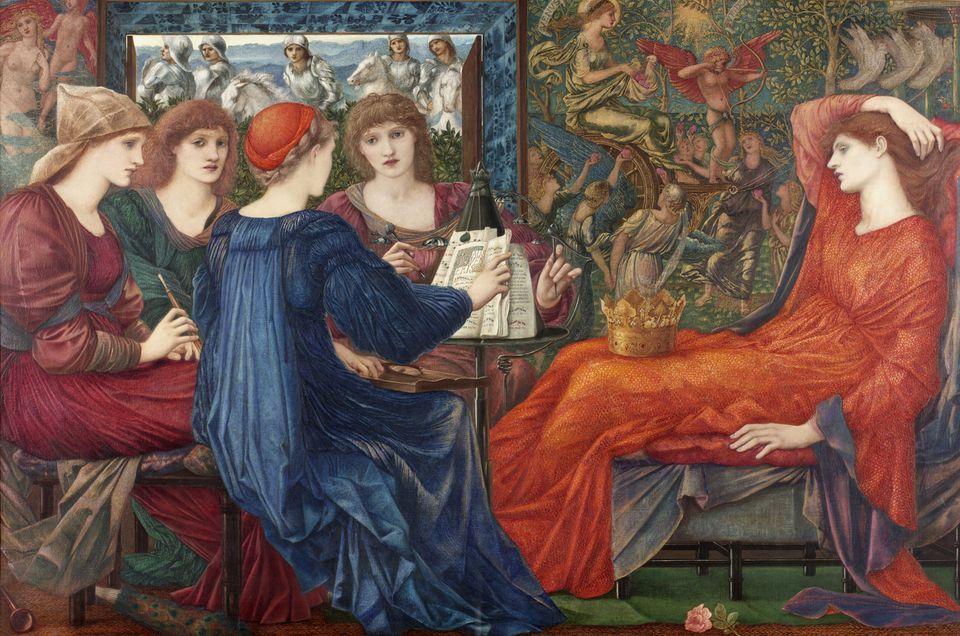 Edward Burne-Jones (until 24 February 2019), which opened this week at Tate Britain, is the largest UK exhibition of the artist in decades, including more than 150 works. The exhibition delves into Burne-Jones’s beginnings as a church decorator and shows how the decorative arts fed into his later paintings. Among these earlier pieces is the large altarpiece The Adoration of the Magi (1861) made for a church in Brighton. As well as stained glass and tapestries, the show also includes the artist’s delicate portrait drawings, complementing the large canvases Burne-Jones is best known for, such as Love among the Ruins (1870-73) and The Wheel of Fortune (1883). Two of the artist’s most famous narrative cycles, telling the story of sleeping beauty and Perseus, have been united for the first time in two galleries. Although Burne-Jones spurned the industrialism of the Victorian era in his work, instead conjuring dreamy landscapes in the style of the early Renaissance, he was engaged with the developments of his era and committed to social reform. The show explores this and his relationship with his long-time collaborator William Morris.

Despite millions of column inches, shrill TV debates and endless Twitter threads, no one has caught the mood of Brexit Britain as acutely as Cold War Steve. The Twitter account McFadden’s Cold War (@Coldwar Steve) is the creation of Christopher Spencer, a public-sector worker in Birmingham, who unites Trump and Kim Jong-un with dubious British celebrities and sporting personalities past and present, and the ubiquitous anti-hero—the soap-opera star Steve McFadden. They appear in a nostalgic, nicotine-stained dystopia. Former prime minister David Cameron turns to flee from his nemesis, the actor Danny Dyer, who publicly branded him a “twat”. It is a surreal bastardisation of the Annunciation that perfectly articulates the abject state of Britain in 2018. His works have left the Twittersphere and are on show at the bar and nightclub The Social in A Brief History of the World, 1953-2018 (until December).

Do not miss the final weeks of the Senegalese photographer Omar Victor Diop’s first solo show in the UK. The exhibition, Liberty, Diaspora (until 3 November) at Autograph, features two bodies of work in Diop’s signature, sumptuous and rich palette. In Liberty: A Universal Chronology of Black Protest, the photographer has staged elaborate scenes based on recent and historical revolts or protests, such as the Selma civil rights marches in 1965 or the “Million Hoodie March”, following the killing of Trayvon Martin in 2012. The second series, Project Diaspora, includes several self-portraits celebrating notable Africans in the diaspora, such as the US abolitionist Frederick Douglass or Saint Bénédicte de Palermo. Diop is dressed in historical constumes but all the portraits are given a contemporary footballing twist—Douglass is gripping a referee’s whistle, while Palermo holds a golden football.