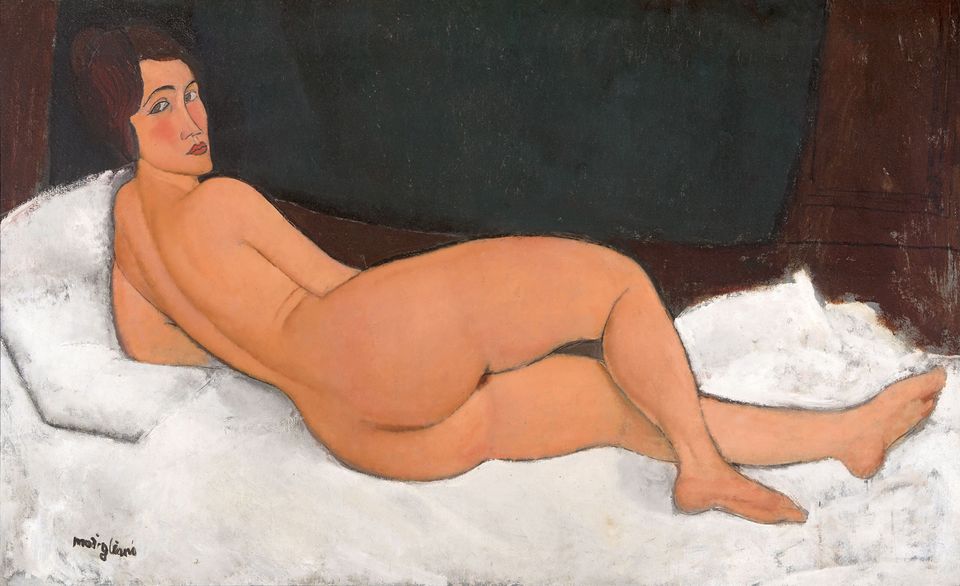 Tate Modern’s Modigliani survey, which opened this week (until 2 April 2018), includes the largest group of nudes by the artist ever seen in the UK. Among the 12 works are Seated Nude (1917), on loan from the Royal Museum of Fine Arts in Antwerp, and Female Nude (around 1916) from the Courtauld Gallery in London. The latter work was included in a 1917 exhibition of the Italian artist’s works at Berthe Weill gallery in Paris, which was shut down by the police on the grounds of indecency. Another significant aspect of the exhibition is the new emphasis on the artist’s sculptural practice. “Early in his career Modigliani would introduce himself as a sculptor rather than a painter,” says the co-curator Nancy Ireson. “Bringing together nine of his stone Heads reveals the great ambitions Modigliani held for his work in three dimensions.” Carving techniques reflect the influence of his friend, the Romanian sculptor Constantin Brancusi, and of the Egyptian, Angkorian, and African artefacts that he encountered in museums, she adds.

Also at Tate Modern is Ilya and Emilia Kabakov: Not Everyone Will Be Taken into the Future (until 28 January 2018). Working in Soviet Moscow from the 1950s to the 1980s, Ilya Kabakov made a living from illustrating children’s books while developing his conceptual art in an attic-studio, showing it only to a close-knit circle of “unofficial” artists. Only in 1987 did he leave Russia, beginning his collaboration with his future wife Emilia in New York the next year. The idea of escape from the oppressive spaces and state-controlled aesthetics of the regime runs through the exhibition. The artists’ first major UK retrospective is a rare chance to see room-filling installations such as the darkly humorous The Man Who Flew into Space from His Apartment (1985) and Labyrinth (My Mother’s Album) (1990), a harrowing walk through the life story of Ilya’s mother. It culminates, however, in utopia—with a gallery of models and drawings of angels in flight.

Bomberg/Marr: Spirits in the Mass (until 19 January 2018) at Piano Nobile is the first look at the relationship between David Bomberg and his pupil, Leslie Marr. Marr studied under Bomberg at the Borough Polytechnic just after the Second World War. Like other students in Bomberg’s progressive classes (such as Leon Kossoff and Frank Auerbach) Marr was pushed to seek out “the spirit in the mass”, stripping down the clamouring white noise around him to a vital formal energy in his paintings. Here Bomberg and Marr are presented as peers, united by this vigorous spirit, whether in restless landscapes and still lifes or when examining the planes of their own skull in a series of self-portraits. The exhibition coincides with the 60th anniversary of Bomberg’s death, which is also being marked by a retrospective at Pallant House Gallery in Chichester (until 4 February 2018).