Details yet to be finalised, but the fair is also looking at how to deal with “increasingly erratic weather” after heatwave sent exhibitors into meltdown 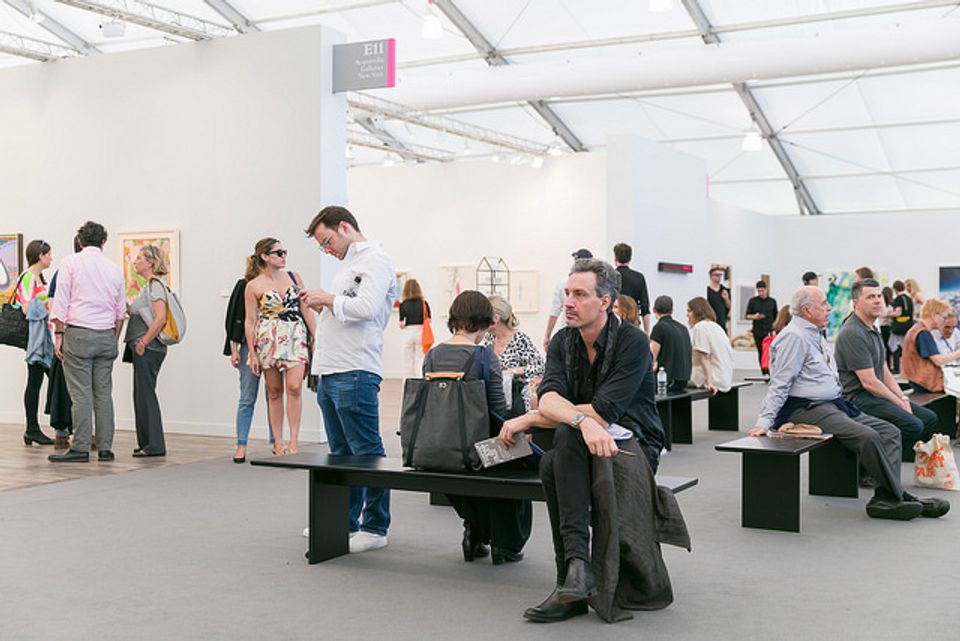 Frieze art fair will offer “some compensation” to all galleries that were forced to exhibit in sweltering conditions as a heatwave swept New York last week, according a spokesman for the fair.

“The details have yet to be finalised, but the commitment has been made,” he said. “A commitment has also been made to look at how to deal with increasingly erratic weather moving forward.” Frieze New York has been dogged by bad weather; last year the fair was temporarily shut down due to flooding.

During the two VIP days last week, dealers reported working in “sauna-like conditions” inside a newly configured tent where the air conditioning could not compete with the record temperatures, which is said to have deterred collectors. "No one was talking about the art, everyone was just saying how hot they were," said one art advisor who attended the preview day on Wednesday, 2 May. "My client stayed for 45 minutes then said they couldn’t handle it anymore” she said.

As a result, the fair director Victoria Siddall sent a number of emails by way of apology, which were first obtained and published by Artsy.

An initial message was sent on Thursday evening, in which Siddall stressed the fair was working to improve conditions over the weekend. “We are working hard to keep the fair cool until then, and to bring collectors back over the next few days,” she said.

On Saturday, Siddall sent another email apologising that the conditions “caused such discomfort for you and those visiting the fair Wednesday and Thursday”. She continued: “To acknowledge this we will be offering some compensation to every participating gallery.”