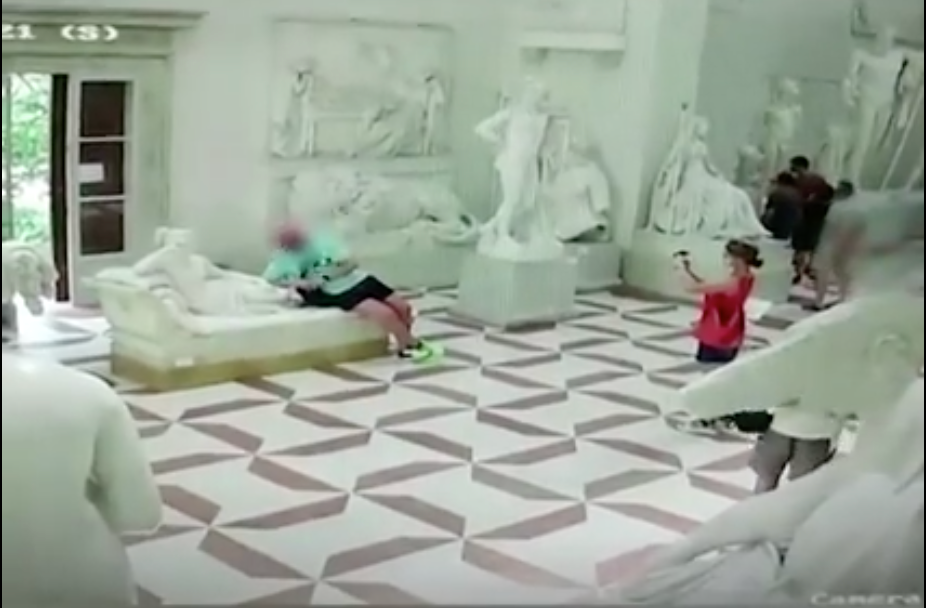 A still from the CCTV footage showing the tourist reclining on the sculpture Photo: Carabinieri Treviso

The Austrian tourist who broke three toes off a Canova sculpture after taking a selfie has handed himself in to the Italian authorities. The work, housed at the Gypsotheca Museum in Possagno, northern Italy, was the original plaster cast model (1804) for the marble sculpture of Paolina Bonaparte housed at the Galleria Borghese in Rome. Italian press reports state that a court in the province of Treviso is currently deciding whether to press charges against the man who lives in the village of Aistersheim in northern Austria.

The museum said on its Facebook page that the tourist in question has written a letter to Vittorio Sgarbi, the president of the Antonio Canova foundation that oversees the museum, saying that he was turning himself in after reading reports in Austrian press about the incident.

"During the visit I sat on the statue, without however realising the damage that I obviously caused... It was irresponsible behaviour on my part; I was unaware of the consequences [damage] so I continued the visit to the museum as normal and stayed in Italy throughout—I didn't flee [the country]... I apologise in every way possible,” he says in the letter. CCTV video footage of the incident circulated online shows the man reclining on the statue; after his photograph is taken, he turns back and touches the sculpture.

According to the Italian news agency Ansa, the Carabinieri (Italian police) traced the man by tracking down the woman who booked the tickets for the group that included the perpetrator. The group registered online as part of measures put in place in the wake of the Covid-19 pandemic.