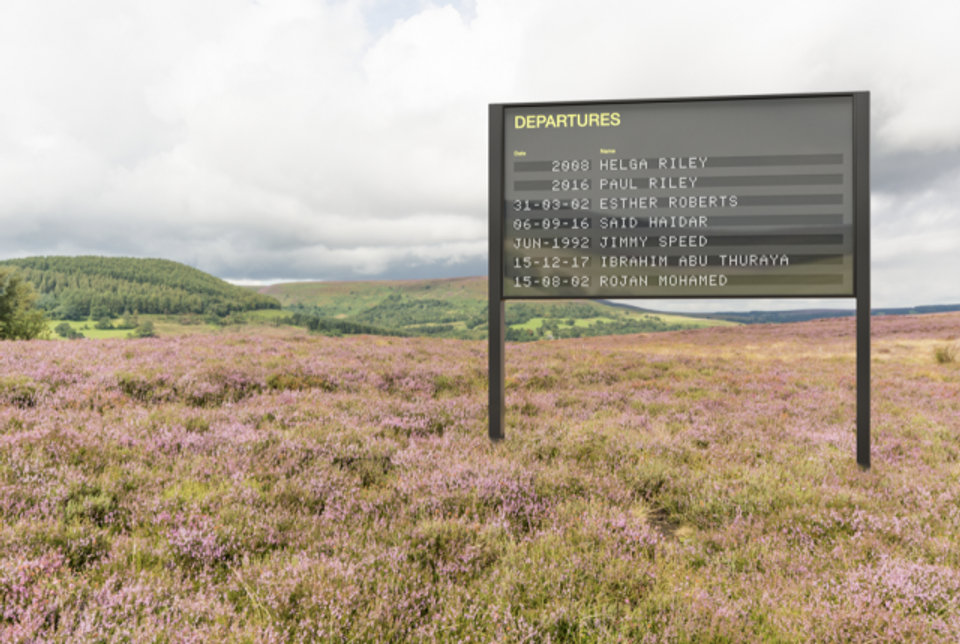 The public artwork Arrivals and Departures by Yara and Davina, which tours the UK this year, is produced by Artsadmin and is supported by Creative Europe Photo: Tom McClaughlan in collaboration with the artists

More than 680 arts organisations and cultural figures have raised concerns about the UK government’s decision to withdraw from the European-Union-funded Creative Europe scheme. From 2014-20, the fund provided €1.46bn investment in the creative industries across the European Union.

An open letter addressed to the newly appointed UK culture secretary, Oliver Dowden, says that “this decision threatens an impoverished future for British creativity and sends the message that the UK is closing itself off to our nearest neighbours”. Signatories include Fatoş Üstek, the director of the Liverpool Biennial, and Alistair Hudson, the director of the Whitworth and Manchester Art Gallery.

The letter was initiated by Artsadmin—the London-based agency that supports artists and culture organisations—which is involved in three large-scale Creative Europe projects including Art Climate Transition (formerly Imagine 2020) focused on the climate crisis.

The letter says: “By ending our participation, the UK government is erecting barriers to continued cultural exchange. Moreover, this decision makes no financial sense. It is well established that Creative Europe grants have delivered a net benefit back to the UK creative economy on both soft and hard measures (worth €74m since 2014, benefitting 334 organisations), leveraging additional funding, helping to create employment.”

Creative Europe Desk UK stresses however that the impending withdrawal will not affect projects funded under the current programme (2014-20). These “will receive funding for their full duration under the terms of the Withdrawal Agreement, including projects that continue after 1 January 2021”.

Crucially, participation in Creative Europe is not restricted to EU member states, the website adds. There are currently 13 non-EU countries that have either partial or full participation. These include European Economic Area countries such as Iceland and Norway, as well as neighbouring EU countries such as Serbia and Albania. A spokeswoman for the UK's Department of Digital, Culture, Media & Sport did not immediately respond to a request for comment.