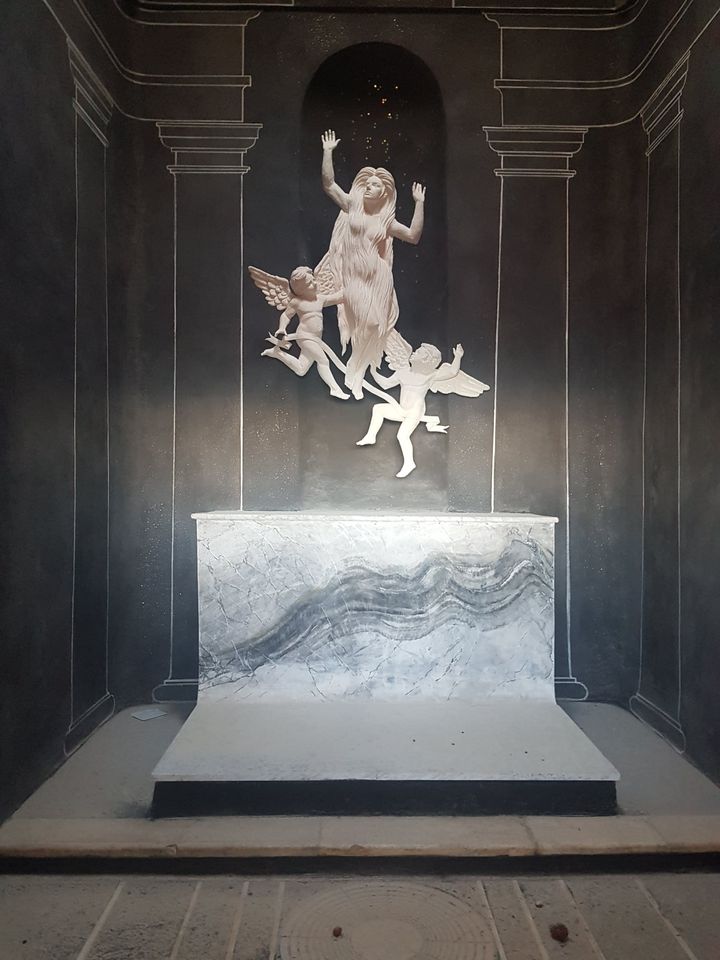 A statue of Mary Magdalene housed in the chapel of Saint Pilon in the Var, in southeast France, has been destroyed by vandals apparently unhappy with her lack of clothing. The perpetrators left a note at the scene saying they “did not accept that a great saint like Mary Magdalene [should] be represented in such a way”.

The sculpture, by an unknown artist, depicts a naked Mary Magdalene being carried by two angels, although long hair covers most of her body. The plaster statue was installed five years ago when the chapel was restored, but it was soon due to be replaced by a permanent marble version. 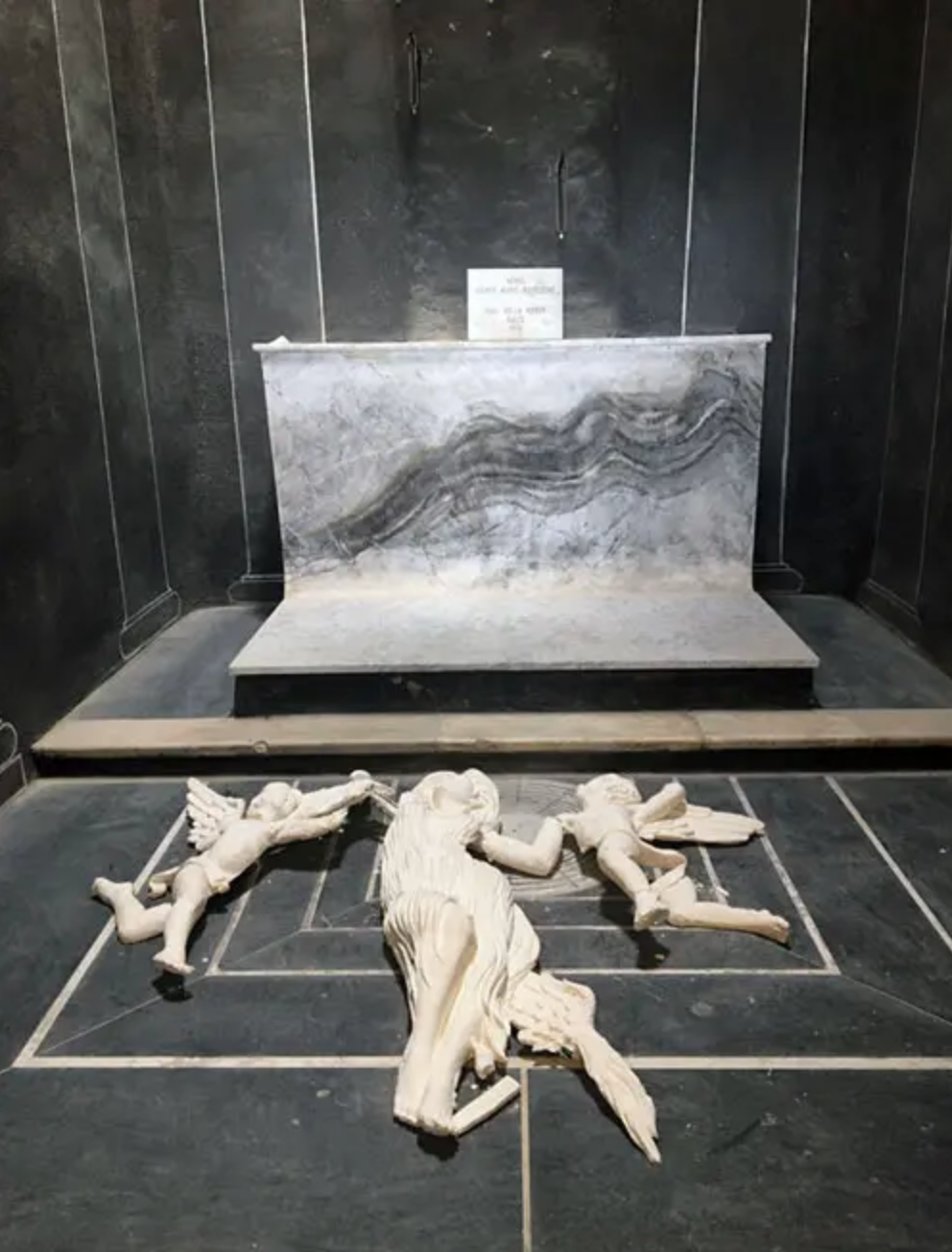 Speaking to the news outlet France Bleu, Patrick-Marie Bozo, a Dominican brother in the Saint-Baume community, says the vandals “broke the statue into several pieces, put it aside and left a note. I can’t remember which word they used—it was indecent or offensive.” He adds: “I find the gesture extremely violent. They may not approve of the way she’s been portrayed, I hear that, but we cannot accept such actions.”

Renaud Muselier, the president of the Provence-Alpes-Côte d’Azur regional council, describes the “act of degradation” as “unacceptable [and] its motivations unworthy!”. He adds: “Nothing—absolutely nothing—justifies entering a chapel to smash a statue.”

An investigation has now been launched after a complaint was filed by Suzanne Arnaud, the mayor of Riboux, a town located a few kilometres south of Saint Maximin-la-Sainte-Baume where Mary Magdalene’s tomb is said to be housed.