Wasteful art world gets ready to clean up its act 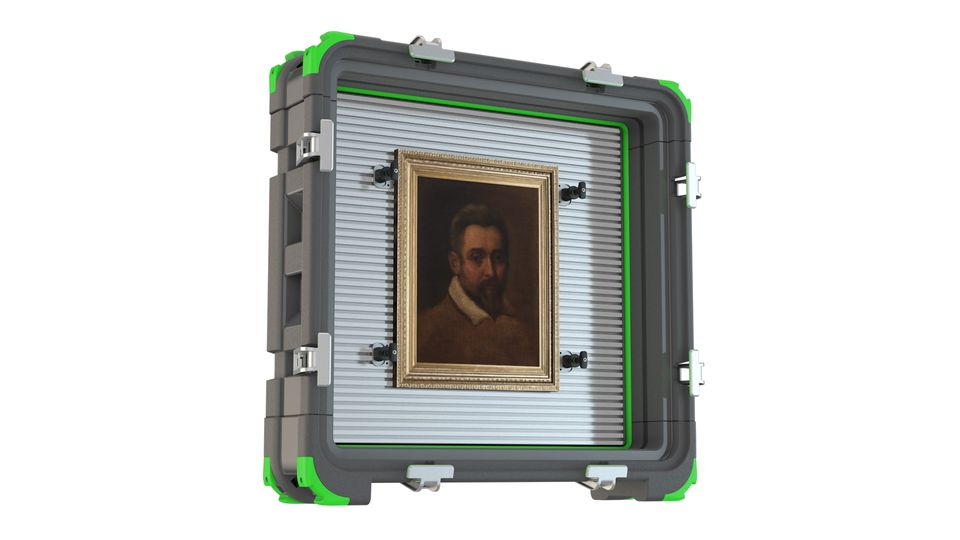 Thousands of items have been shipped to Frieze London and Frieze Masters from around the world—but how these works are transported, and at what cost, remains something of a trade secret.

Now, as public awareness of the environmental impact of packaging increases, a growing number of firms, from start-ups to established shipping companies, are aiming to combat the problem of waste in the art transport industry.

“I see cases getting dumped and thrown away all the time. It’s simply more economical for the client to bin the case and get a new one built, rather than paying for storage,” says a London-based art professional who asked to remain anonymous. “The amount of waste is disgusting.” For many, the non- recyclable foam used in traditional crates is a particular concern.

Kasia Gacek, the marketing manager at the London-based art storage and transport company Momart, gives an insight into how wooden crates are used. “They are bespoke, and if they are only needed for one-off transport, then they get stripped down; what can be recycled is recycled, and the rest unfortunately goes to waste,” she says. But more substantial museum crates, which are also bespoke, have a longer lifespan. “Some of them last 20 years before being returned to us for refurbishment,” she says.

Momart is seeking to reduce the environmental impact of art packaging, and is "supportive of companies" such as Rokbox, a UK-based start-up founded by London-based entrepreneur Andrew Stramentov.

“I have had the misfortune to see some spectacular works damaged beyond repair in avoidable circumstances, like getting wet in rainstorms because a wooden crate was left out on the airport tarmac or million-dollar insurance payouts because the wrong-sized screws were used,” he says.

Rokbox can offer a solution, Stramentov says. The reusable product, which has been in development for four years, is made from waterproof, inert materials and is 40% lighter than a museum crate of a similar size. Inside, a “floating panel” is suspended in deep cushioning within the frame, which insulates the work and protects it from shock and vibrations.

Another priority for Stramentov is to reduce waste. Industry bodies, such as shippers and auction houses, can buy the new crates in bulk, and reuse or rent them out (the smallest is provisionally priced at around £1,500). “Fewer crates will need to be made, less packaging will be used inside those that are made and a lot less will go to landfill,” he says.

However, not everyone is convinced. Nikolas Jones, who founded Blueberry’s Fine Art Services, which specialises in crate-building, custom packaging and installation, says: “I’m not entirely sure how this [new packaging] solves any problems. You can ship multiple works in a traditional case, you can secure them with screws and you can recycle wood. Crucially, will the cost outweigh the advantages? I’d like to see more.”

Other innovators trying to transform the art world’s mindset on recycling include the New York-based company Fine Art Shippers. The company uses only 100% recyclable materials, such as biodegradable packing and eco-friendly bubble wrap.

Meanwhile, in London, Martinspeed shippers recycles the plastic foam used in packing-case interiors. It also reuses the cases by turning them into other products, such as plant pots, beehives and artists’ easels. Its “recycling clients” include London South Bank University and Chelsea College of Art.

Dealers are recognising the need for action, too. The Paris- and London-based dealer Thaddaeus Ropac, who is participating at Frieze London, says that although art transport has become “much more sophisticated”, he feels “bad” about the hundreds of crates that are being destroyed. “Can we try to reuse them?” he asks.

UPDATE (8 October): This article was updated to include new information from Momart.