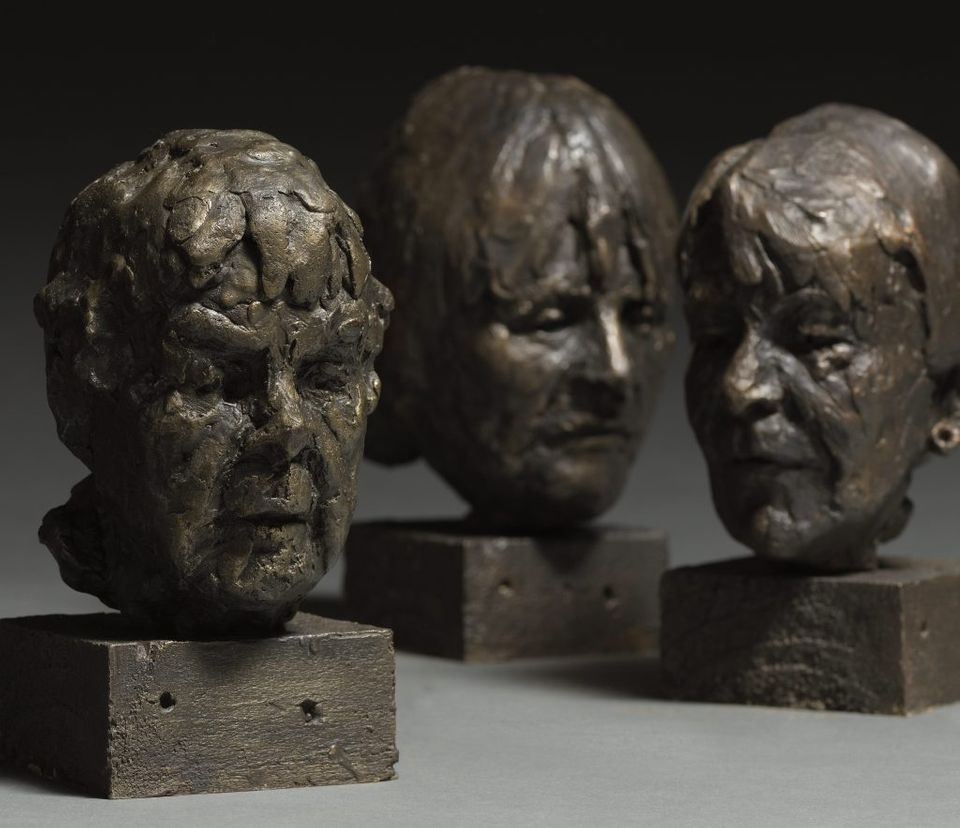 A Mayfair dealer’s exhibition of bronze heads of members of a south Yorkshire mining community has sparked controversy after one of the sitters complained she never gave permission for her portrait to be shown or sold in a commercial gallery.

The 44 busts currently on show at Messums London, priced at £2,895 each, are a separate, privately funded “preview”, according to the gallery, of a public commission the British sculptor Laurence Edwards won in 2018 to create a monument dedicated to Doncaster’s miners and their families. The local council, residents, businesses and trade unions have raised more than £131,000 for the public project, which will feature the full-sized bronze heads set in niches in two huge slabs of York stone with a statue of a “listening” miner in the middle. It is due to be unveiled in Doncaster town centre in May.

However, artist Rachel Horne, the daughter of a miner who grew up in the impoverished post-strike era, says she was only made aware there were bronze editions of the heads being exhibited and sold after posts began to pop up on Instagram in December. At her request, Horne’s bust has now been removed from the gallery—and the public commission. 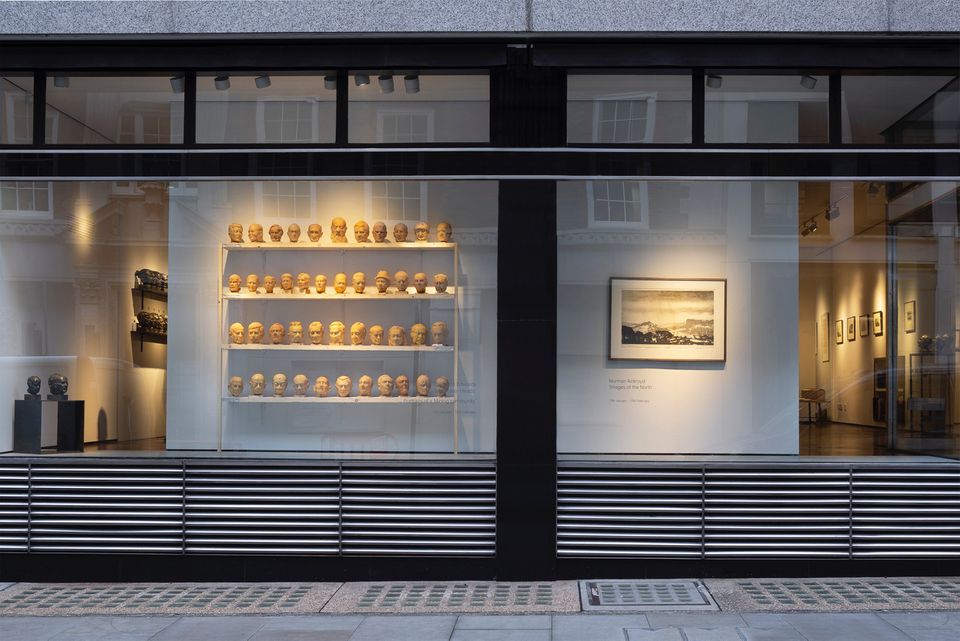 Horne initially voiced her concerns in a blog post on 20 January in which she describes how the project made her “feel really uneasy”. She says: “It’s such a strange and outdated way to make art to me. Could you imagine this kind of approach for the proposed Grenfell memorial? Sculpting the heads of the surviving local community, then putting them for up for sale in a gallery in Mayfair for a shit load of cash?”

She says it was also “inappropriate” and “insensitive” to be asked if she wanted to buy her own features cast in bronze at a discounted rate of £1,950. “Who put a price on my head?” she asks. Mayfair, she concludes, is “not the right context for our story”.

Edwards, who runs a foundry in Suffolk and has funded the production of the bronze editions himself, concedes that there were no written contracts drawn up when the project began two years ago. “It’s been an evolving, organic project, which started with people sitting for me as a way of getting to know the community,” he says. “It was an oversight,” he acknowledges, adding that he has been working with Doncaster Council to gain consent from sitters, the “majority” of whom have now responded.

Where permission has been granted, the heads are available for sale in an edition of nine, with 10% of the sale “committed back to the commission”, says the gallery’s owner Johnny Messum. He says he does not expect to profit from the multiplications as “these works are highly unlikely to all find buyers”. The busts were previously exhibited at a pop-up in Doncaster. 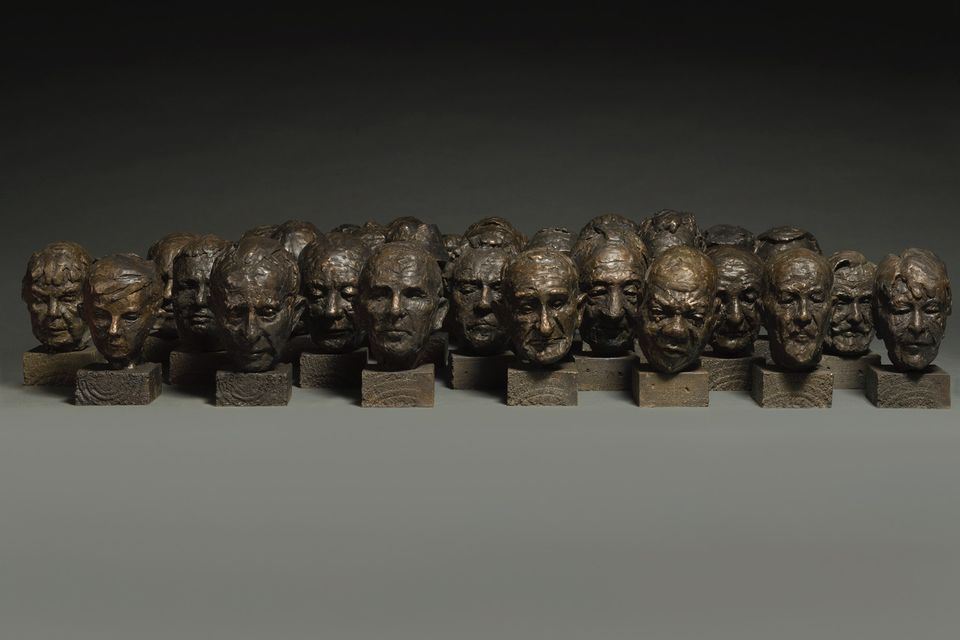 The busts are priced at £2,895 each Image courtesy of Messums and Laurence Edwards

Horne says she is not alone in her views. “If we asked the local community and ex-miners what [the project] means to them, they would say, Traitors’ Gate [or] Game Of Thrones Faceless Men. Some are happy though.”

Indeed, other sitters have expressed enthusiasm and pride for the project. Keith Marshall, who worked at Brodsworth colliery for 30 years, says he hopes the monument “will be somewhere the people of Doncaster can remember their heritage”, adding: “I won’t be forgotten by my grandchildren when I pop my clogs.”

Videos of the miners recounting their stories of life underground, recorded when Edwards first modelled their heads in wax, will be available to download alongside the public sculpture, providing a crucial “social archive”, as Edwards puts it. “It felt right to use [the miners’] likenesses to provide a portal through which their stories can be told. They are representatives of a cross section of a community at a specific time, a time that is fast passing,” he says.

Marshall, now 75, was made redundant in 1990 when then prime minister Margaret Thatcher closed his pit. “At Doncaster there was a village around every pit, when Thatcher closed them down, she closed whole communities. Everything went dead,” he says.

Marshall was among those to attend the opening of the exhibition at Messums on 15 January. “What I don’t understand is who’s going to want a bust of me on their sideboard? I could understand it if it was a relative, but not a stranger,” he says. Even with the 50% discount offered to the miners, Marshall says he can’t afford to buy a bronze edition. “I have a plaster version instead,” he says. 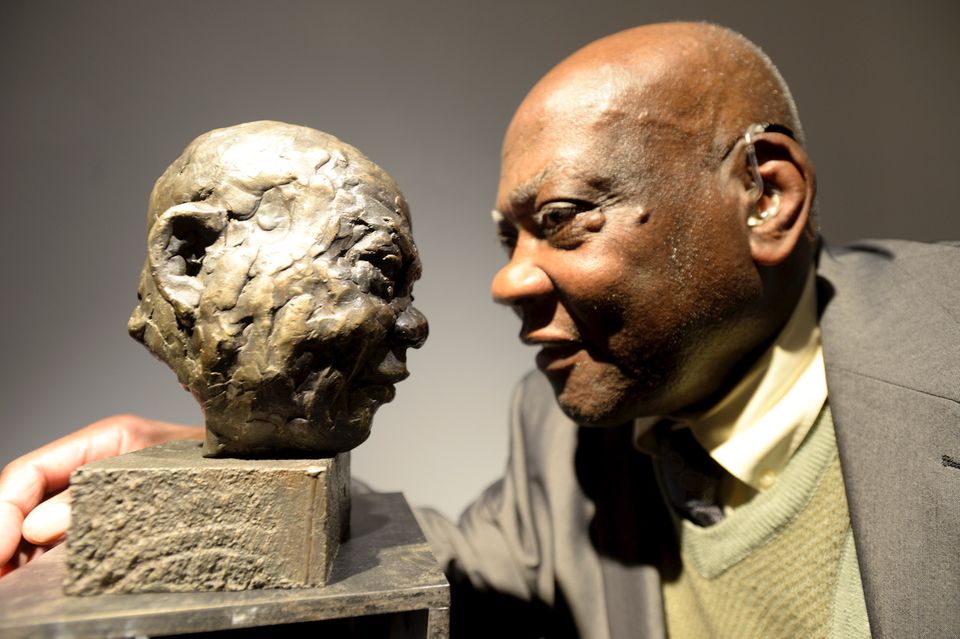 Another miner, Mick Lanaghan, says he decided to agree to sit for the commission after a “lot of iffing and butting”. Posting on Facebook he says he is “not sure” what he thinks about his head “resting along with others in a top art gallery in London—the real affluent area of London”. He adds: “I’m sat on a shelf waiting to be bought for […] HOW MUCH???? So, I could end up on a posh mantle or as a posh doorstep—but what I do know is that wherever my bonce goes the narrative goes with it.”

Messum says bonds have been forged during the whole process. “Who would have thought that a mining and a Mayfair community could meet, engage and find empathy? It seems to me that the past is being remembered and a wider audience invited to consider it,” he says.

The debate sparked by placing the heads in the West end of London “shouldn’t come as a surprise”, Edwards says, adding: “Emotions are still running high in these communities and exhibitions like this remind us of that.”