Two life-size outlines of boats are thought to have been etched into the grey rock face 10,000 years ago—and more could still await discovery 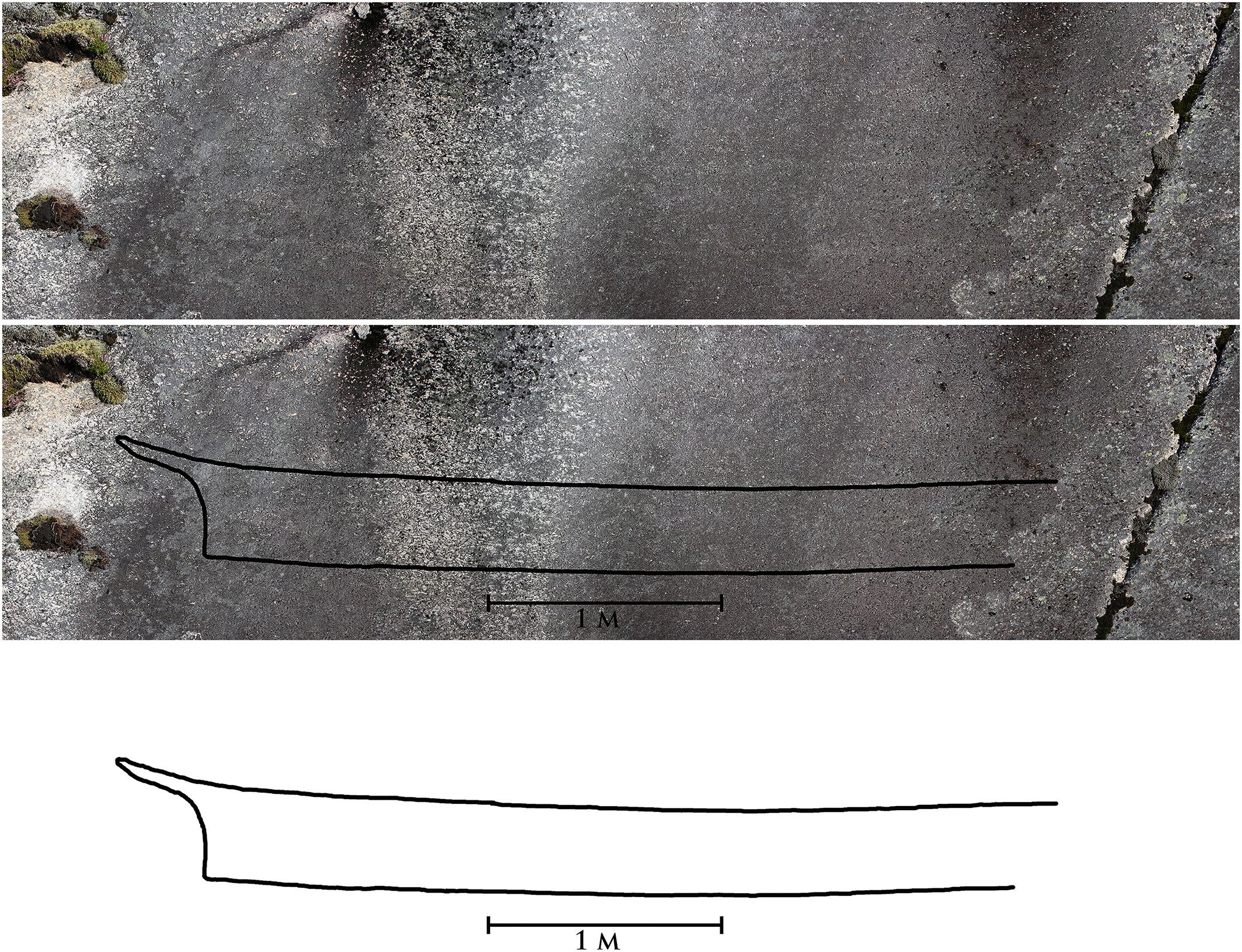 A digital tracing of the first boat carving at Valle shows it was probably a life-size image like others found at the site Tracing: Jan Magne Gjerde

Carvings of boats found at Valle, Norway, may be the oldest known examples in Europe, and are perhaps among the earliest in the world, according to a new study published in the Oxford Journal of Archaeology. The two images are thought to have been made around 10,000-11,000 years ago, 3,000 years before other boat carvings in northern Europe.

First identified in 2017, the boats appear as white outlines carved into the grey rock surface, and can only be seen clearly under the right light and weather conditions. One boat originally measured around 4.3 metres in length, though only one end now remains due to erosion. It was probably a life-size representation, like nearby carvings of animals, which include seals, reindeer, a possible porpoise, and perhaps even a polar bear. A second boat image is less well-preserved, with only around three metres still visible. The boats appear as white outlines carved into the grey rock surface, and only be seen clearly under the right weather and light conditions Photo: Jan Magne Gjerde

In the research paper, Jan Magne Gjerde, an archaeologist with the Norwegian Institute for Cultural Heritage Research, suggests that the boat carvings may represent Arctic skin boats, a type of vessel often made from seal hides that helped early Scandinavians to settle the area. These boats were light enough to be carried, could hold multiple people and items, and were fast when hunting on water. “Such a vehicle would be ideal for colonizing the seascapes in northern Norway during the Early Mesolithic,” Gjerde writes in the paper. 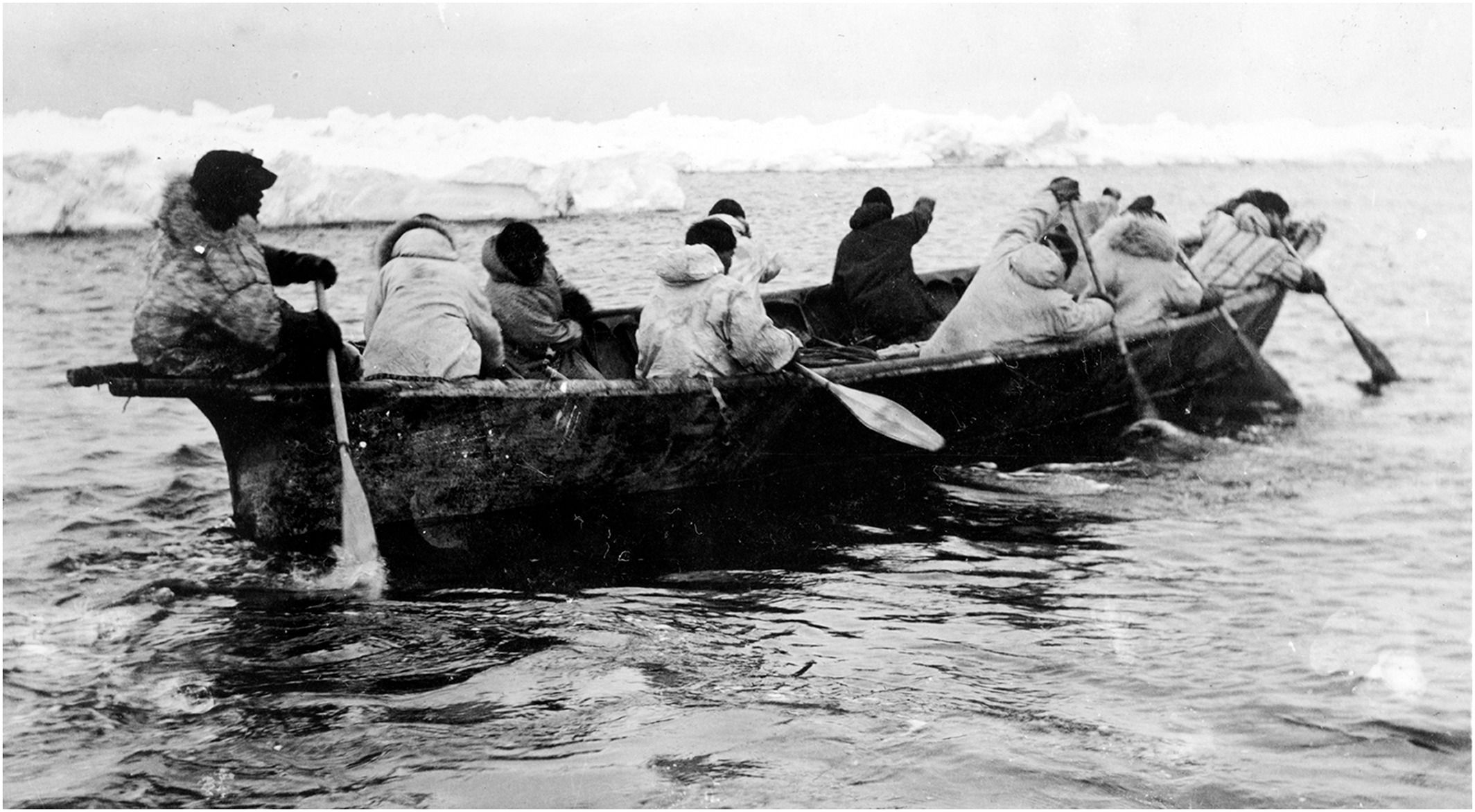 Hunters using an umiak, an Arctic skin boat, while on whale patrol in Alaska © S.R. Bernardi Photographs (UAF‐1959‐875‐13), Photographic archives at Elmer E Rasmussen Library at the Alaska and Polar Regions Collections and Archives in Fairbanks, University of Alaska Fairbanks

Gjerde argues that similar large examples of rock art at other sites may have acted like “signposts imbued with information” or “reference points” visible from a great distance. “Socializing the seascape by making highly visible rock art would be an important means of communication for the pioneer people in this area,” he writes.

Other carvings may still await discovery at Valle. “Considering the critical impact of the weather and light (sun) on the visibility of the rock art, it is very likely that there are more figures at Valle and more sites with rock art in the Ofoten area in northern Norway,” Gjerde writes.