Zardulu behind video of iguana appearing in Miami family’s toilet

The performance piece, viewed by millions as a viral news story, was based on an ancient Greek myth of Kronos usurping the throne of Ouranos, the artist tells us 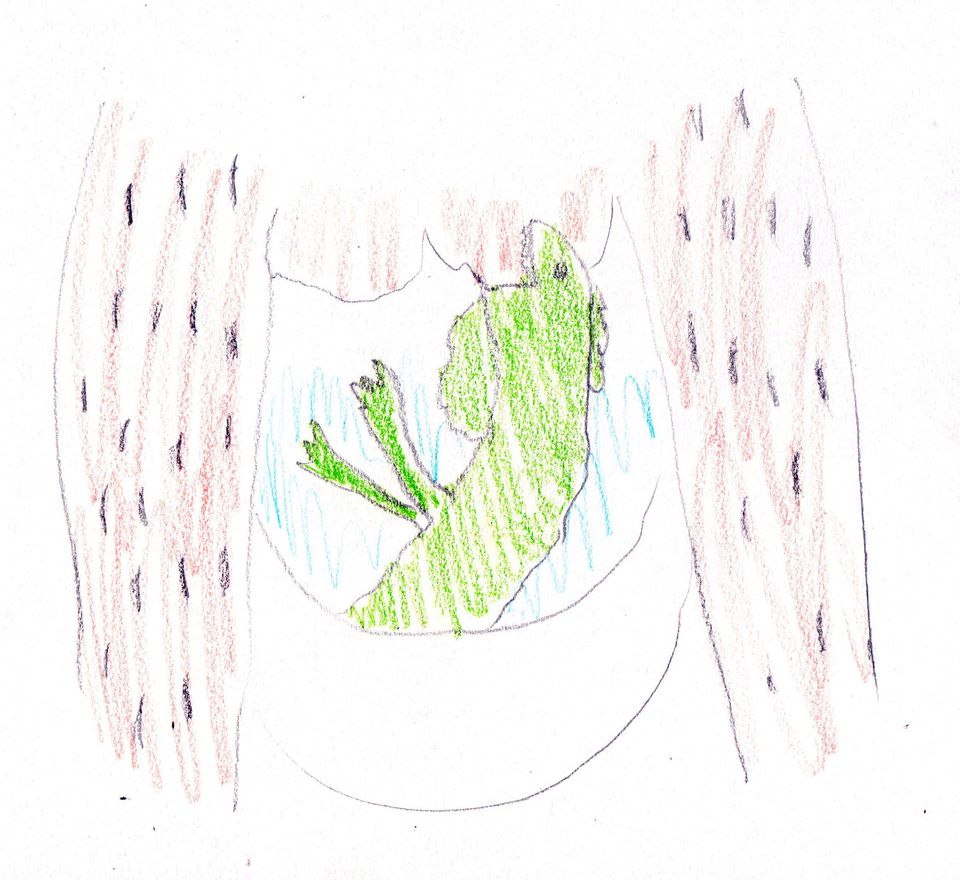 A drawing by the artist Zardulu tied to her piece The Usurping of Ouranos, which also includes a viral video of an iguana that supposedly came out of toilet in Miami and bit a man on the testicles Zardulu, the Mythmaker

A video of an iguana that supposedly surfaced in a Miami family’s toilet and bit a man on the testicles, which was picked up by local and global media last week during Art Basel in Miami Beach, turns out to be a piece of performance art orchestrated by the mysterious artist Zardulu, the Mythmaker.

She enlisted the help of the Hialeah-based drag queen and fellow artist Gio Profera for the work. He appears in the video, first posted by the Spanish language station Telemundo, describing the iguana’s surprise appearance, along with his 85-year-old grandmother, who chased the reptile out of the house brandishing a hairbrush. The story was picked up by several international blogs as genuine, and it led to follow-up articles like one in the Tampa Bay Times that examined How Do So Many Iguanas Get in Florida Toilet Bowls?

But Zardulu—known for creating viral stories that turn out to be staged, including a rat taking a selfie on the New York subway, as well as for her prognostications—revealed that it was one of her works this weekend. She calls it The Usurpation of Ouranos, and says it is based on an Ancient Greek myth. In his Theogony, the writer Hesiod “tells of a time before the traditional Olympiad where the primordial figure Ouranos ruled the universe,” the artist says. “As he and his consort, Gaia, began to produce children, he became worried about his position as supreme deity and imprisoned them in the underworld, Tartarus. With the help of Gaia, Kronos rebelled against Ouranos, destroying his genitals, and in doing so, usurped the throne”. In her video, the iguana plays the role of Kronos, Zardulu explains, adding that god’s rule was credited with bringing a Golden Age to Greece. “So, this piece is not only symbolic but also a ritual designed to usher us into a time of peace and prosperity of our own.”

The artist has said she is inspired by the work of the Surrealists and Situationists, who blended fantasy with reality, and she draws parallels to Duchamp’s work with this video. “Is a urinal art?” Zardulu asks. “Is a bearded drag queen getting bitten on that urinal art? Really, what’s the next evolution of Fountain, if not this?” But, she adds: “I always was dismayed by the fact that the Situationists left no physically substantiated art, just the pranks themselves.” So she created a drawing to serve as “a tangible aspect of the piece”, which she shared with The Art Newspaper, above.

She also assures viewers that no animals were injured in the making of the viral video and that the iguana’s role was overseen by a licensed herpetologist in accordance with guidelines on the use of animals in film issued by American Humane. “He was on the set for approximately three minutes and immediately returned, safely, to his enclosure.”