An in-depth podcast conversation on the artist's big influences, from Sufi poetry to Hieronymus Bosch 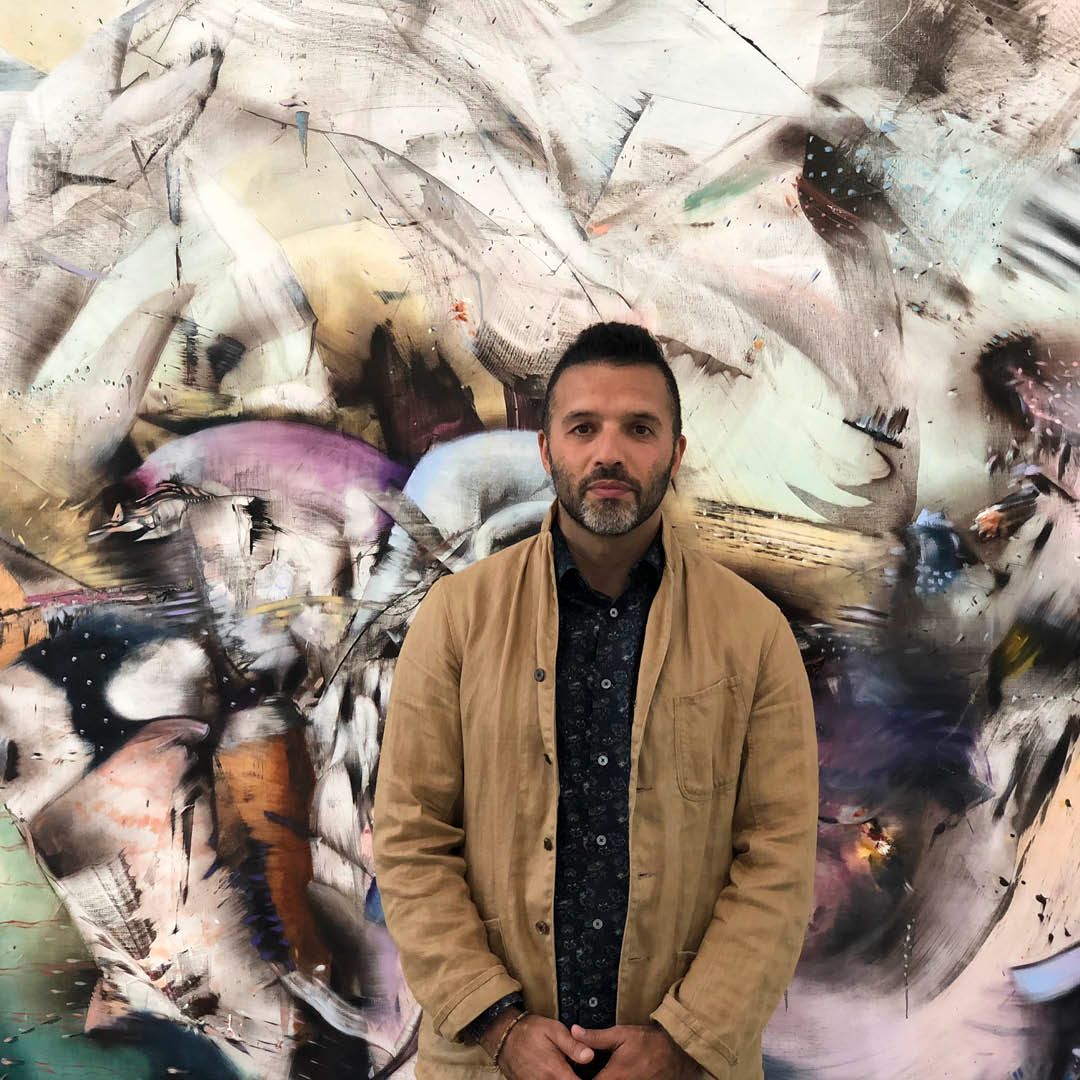 As he prepares for a two-part exhibition in Florence, the Brooklyn-based artist Ali Banisadr discusses his life and work through the cultural epiphanies and influences that have shaped him.

Banisadr was born in Tehran, Iran in 1976 during a tumultuous period, marked by the Iranian Revolution in 1979 and then the Iran-Iraq war in the 1980s. His family moved to San Francisco when he was 12 and it was there he began making art initially as part of the graffiti art scene. He studied art in New York, first at the School of Visual Arts and then at the New York Academy of Art. A 2006 trip to the site of the D-Day landings in Normandy marked a turning point in his artistic work during which he settled on the style that he has been honing over the last 15 years.

His works are epic canvases that teem with energy, with figures emerging and retreating amid a huge variety of painterly marks. They evoke a range of historical art from Hieronymus Bosch, to Persian miniatures as well as those from the Venetian Renaissance tradition, like Titian and Tintoretto. Banisadr's early work plays with an abstraction that has become more pronounced as he has matured. His paintings are also enormously sensory, connected to his synaesthesia: a neurological trait or condition in which two senses are involuntarily linked. In Banisadr's case, he has auditory-visual synaesthesia, so that sound conjures visual forms and vice versa.

We speak to Banisadr about the influence of contemporary artists like Chris Ofili and Dana Schutz and his literary inspirations, such as Dante and Sufi poetry. And he discusses the music he listens to in his studio, from Trent Reznor to Nils Frahm, as well as his unexpected pairing with Hieronymus Bosch.

A brush with… series 3 runs from 24 March-14 April 2021, with episodes released on Wednesdays. You can download and subscribe to the podcast here. This episode is sponsored by Cork Street Galleries. 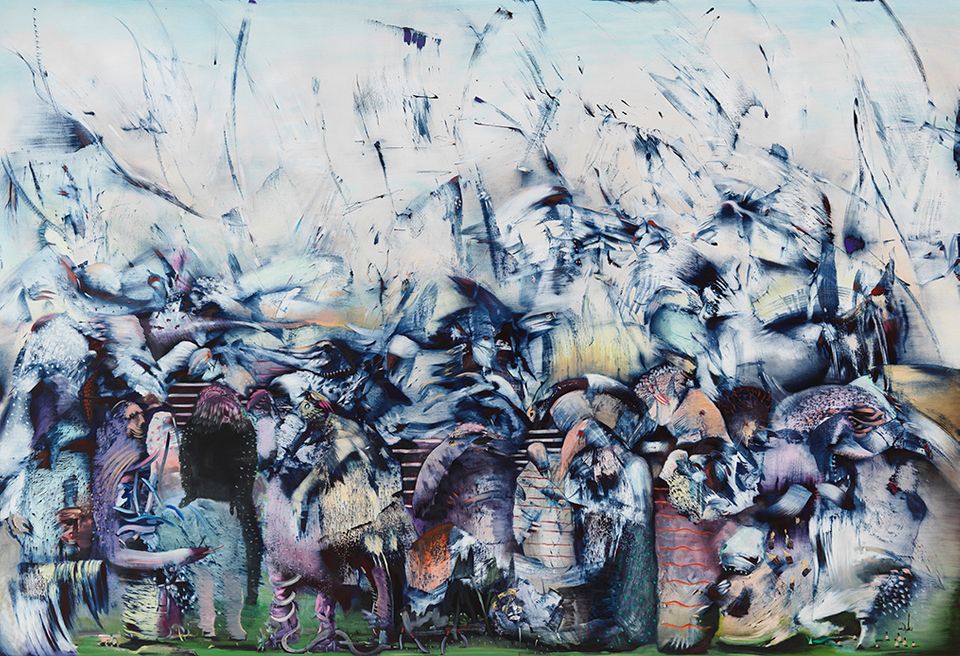 Ali Banisadr on... growing up during the Iranian Revolution

"Whenever there was an air raid, there would be an alarm and we would have to go down to the basement. And I would just draw, that was my ritual. And it was all based on sounds and vibrations. [...] And I would make drawings of these worlds, to understand what was happening around me, because I couldn't see it so much, but I could hear it. That lasted for about eight years, that ritual of drawing each time there was chaos. And so when I went to the D-Day site in Normandy [during graduate school], I had this feeling that I had been there before. As if I was remembering something, but I knew I hadn't been to Normandy before. I was walking around in a daze and I didn't know what was happening. I just knew that there was something that was triggering my memory. And when I got back from Normandy, I started making these charcoal drawings that were based on sounds. Going to the D-Day site somehow connected me back to what I had experienced before." 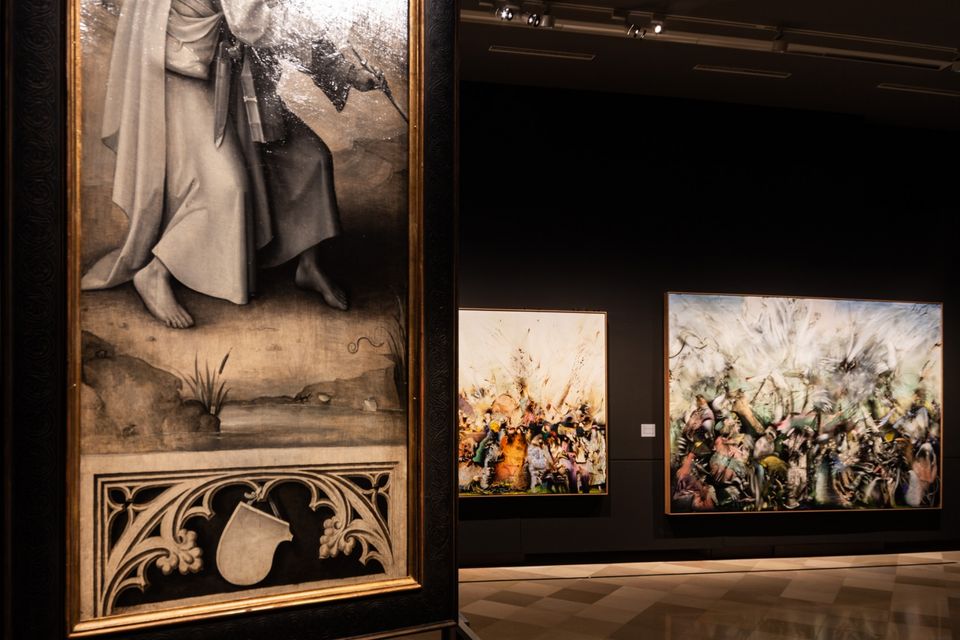 ... on being captivated by Bosch

"It was when I went to the Academy of Fine Arts in Vienna with my mum on my birthday. I told her I want to go see this [Bosch's The Last Judgement]. So we went see this painting. Eventually she starts to yell at me saying "we need to go for lunch", and then she left. And I was still just stuck there with this painting. And the amazing thing was that I ended up having a show with this painting a few years later, called Bosch and Banisadr". 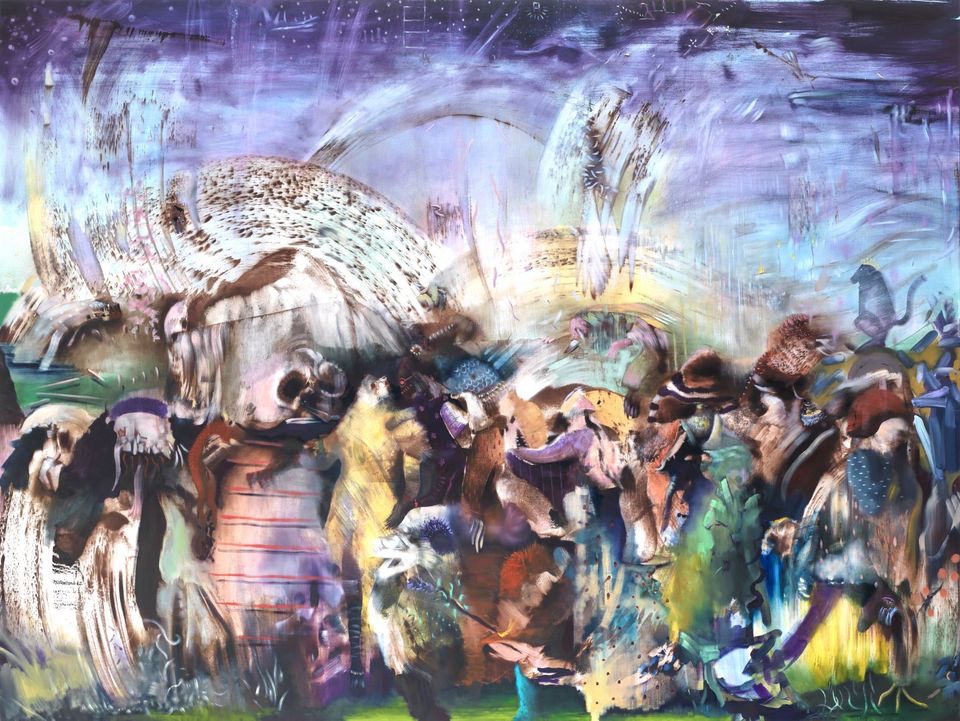 "For the show at Palazzo Vecchio I made three large paintings that revolve around Dante's Inferno. This made me really dive deep within Dante and it just goes deeper and deeper as you dive in. The fact that he wrote it in the vernacular shows that he wanted it to be contemporary and so I wanted to tap into that encyclopaedic visual world of his that he was creating in my head. But then also, of course, bringing in my personal history, current events and art history too. So I looked at all the artists from Botticelli to William Blake to Rauschenberg who have responded to him. And it opens up this whole world, all these people who all stand for ideas and philosophical conversations. They become like voices within your own head with whom you can have these agreements or disagreements." 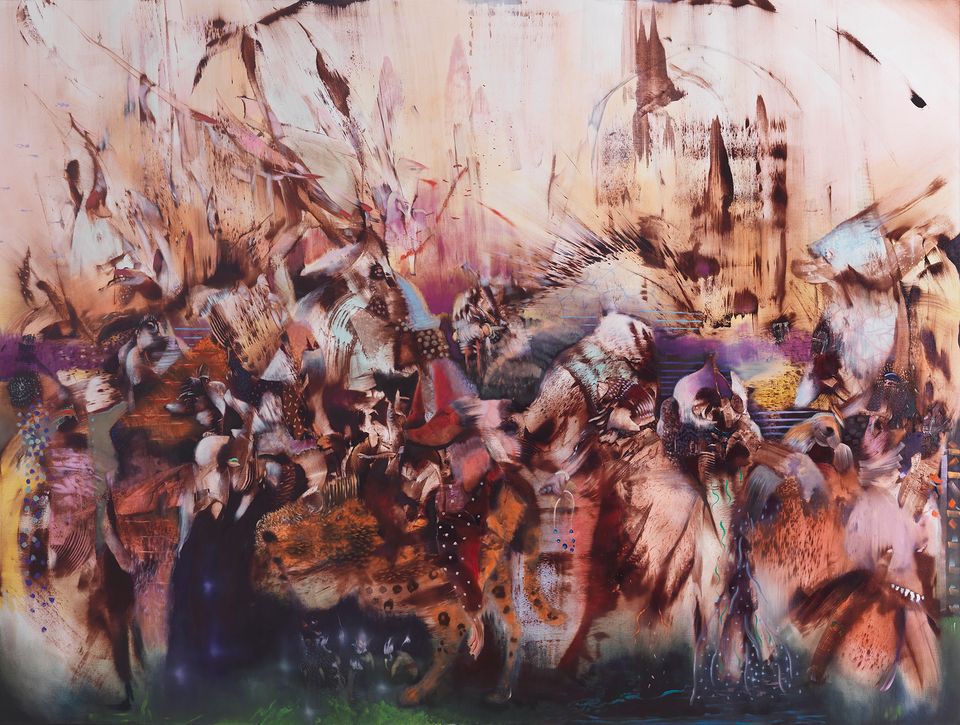 "What it's always been for, which is magic. From the cave paintings, they were trying to tap into magic, to put something in a visual language that we can't really understand. It's always been about magic."

• Ali Banisadr's Rizzoli book is published 4 May ($85). His two-part exhibition in Florence Beautiful Lies, which marks the 700th anniversary of Dante's birth, is taking place across two locations, the Museo Bardini and the Palazzo Vecchio (end of April- end of August, contingent on lockdown restrictions). An exhibition of his work, The Specks of Dust, will show at Kasmin, New York (6 May-26 June), and his work also features in the Victoria Miro online exhibition The Sky was blue, the Sea was Blue and the Boy was Blue. He also has a solo exhibition at Victoria Miro in London in 2022, a solo exhibition at Thaddaeus Ropac in the Paris Marais gallery in 2022 and will feature in Epic Iran at the Victoria and Albert Museum in London (17 May-12 September, contingent on lockdown restrictions).