A brush with... Christina Quarles

An in-depth podcast conversation on the artist's big influences, from epic musicals to James Baldwin 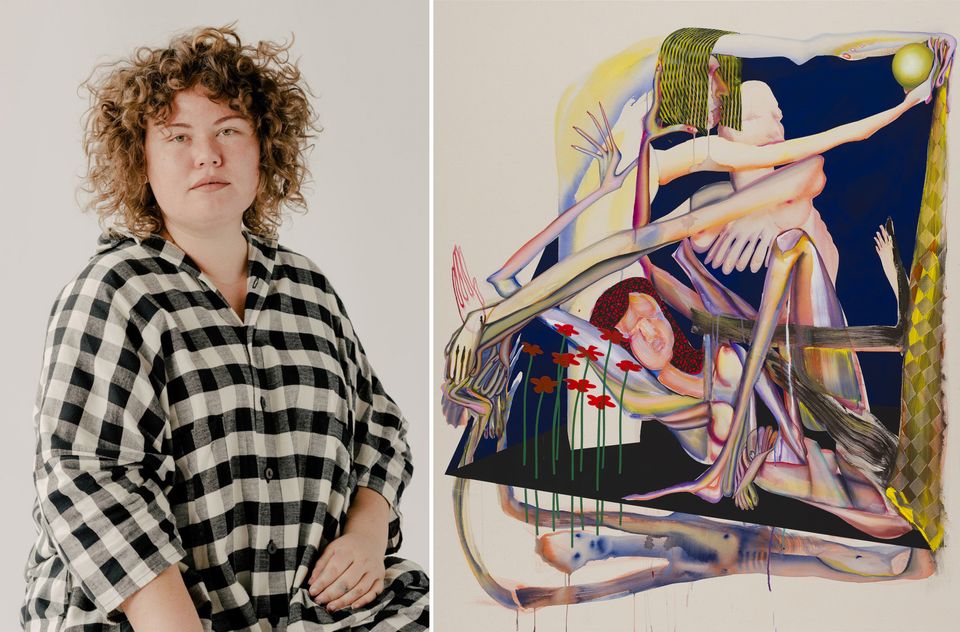 In this second episode of a new series of A brush with..., Ben Luke talks to the Los Angeles-based painter Christina Quarles about her life and work through her influences and cultural experiences. Quarles discusses her powerful figurative paintings. "I see them," she says, "as being portraits not of looking at a body, but portraits of being within your own body." She discusses the effect of living in Los Angeles and arriving there as a child at the point when the city was engulfed in riots prompted by police brutality; how her work might be as influenced by tchotchkes found in a thrift store just as much as works in museums; how writers like Audre Lorde and James Baldwin influenced her thinking; and how she listens to epic musicals as she works. Plus, the questions asked of all the guests on A brush with..., including which contemporary artists she most admires and which work of art she would most like to live with.

A brush with… series 2 runs from 2 December-3 February 2021 with episodes released on Wednesdays. You can download and subscribe to the podcast here. This episode is sponsored by Bloomberg Connects. 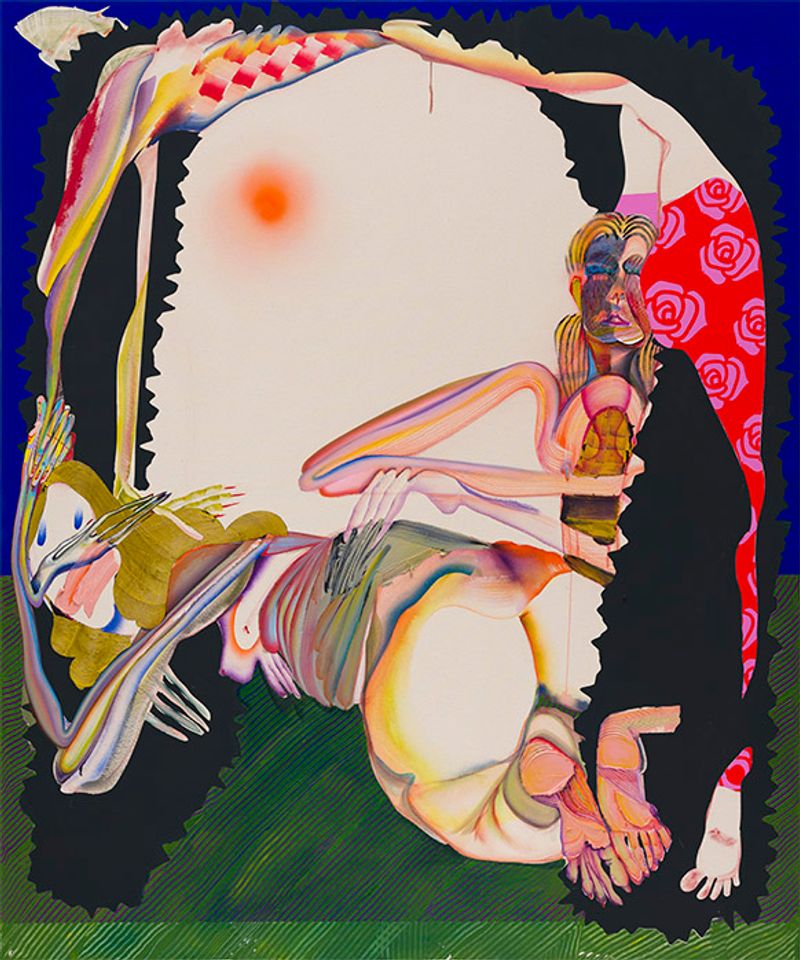 Christina Quarles on... her biracial identity

"My dad's black, my mom's white. I know I don't look like I would be half black and oftentimes, I'm seen as being white. [...] My thesis work was really to kind of unpack that identity and give an account for feeling like the idea of being mixed was such a vague position. And so I wanted something that had greater specificity and greater understanding of an identity that's firmly rooted in multiple positions. So for me, it's an experience that is not this unified mixed experience. But it's this experience that's both rooted in blackness and rooted in whiteness and the contradictions that happened when you have that happening at the same time. [...] It's still sort of the central focus of how I think about my paintings, which are really just trying to explore this feeling of being within a racialised body or this feeling of being within a gendered body, and how oftentimes, that can't be summed up with simple language, because it is of multiple situations." 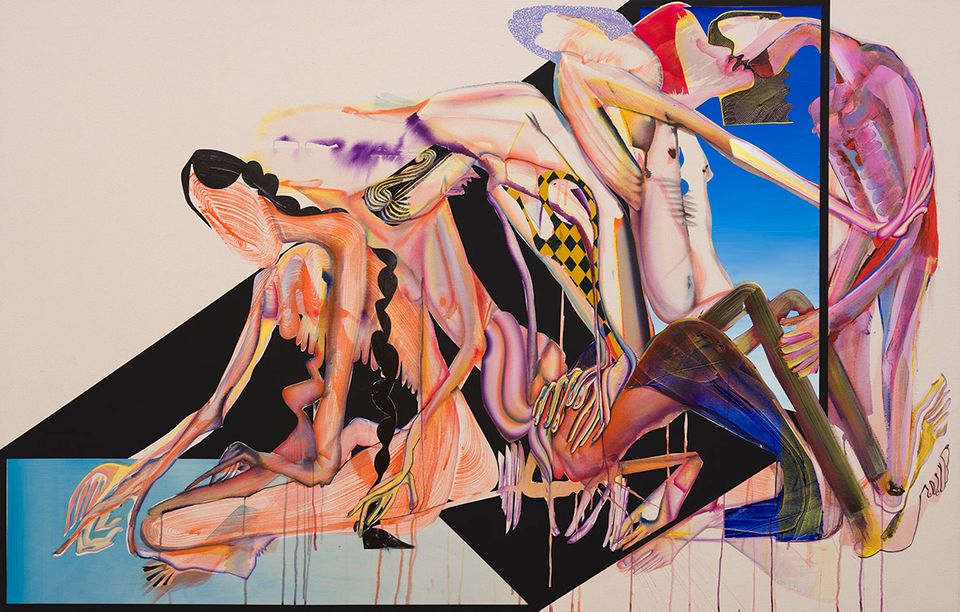 "I get a lot from my immediate community of artists, those who are engaged with a real investment in social practice and with contributing to the communities that they're a part of. Artists like Lauren Halsey, Jordan Casteel and Paul Mpagi Sepuya, who are investigating a really dynamic art practice, but then also who are working with younger artists and finding ways of being engaged with a lot of social practice." 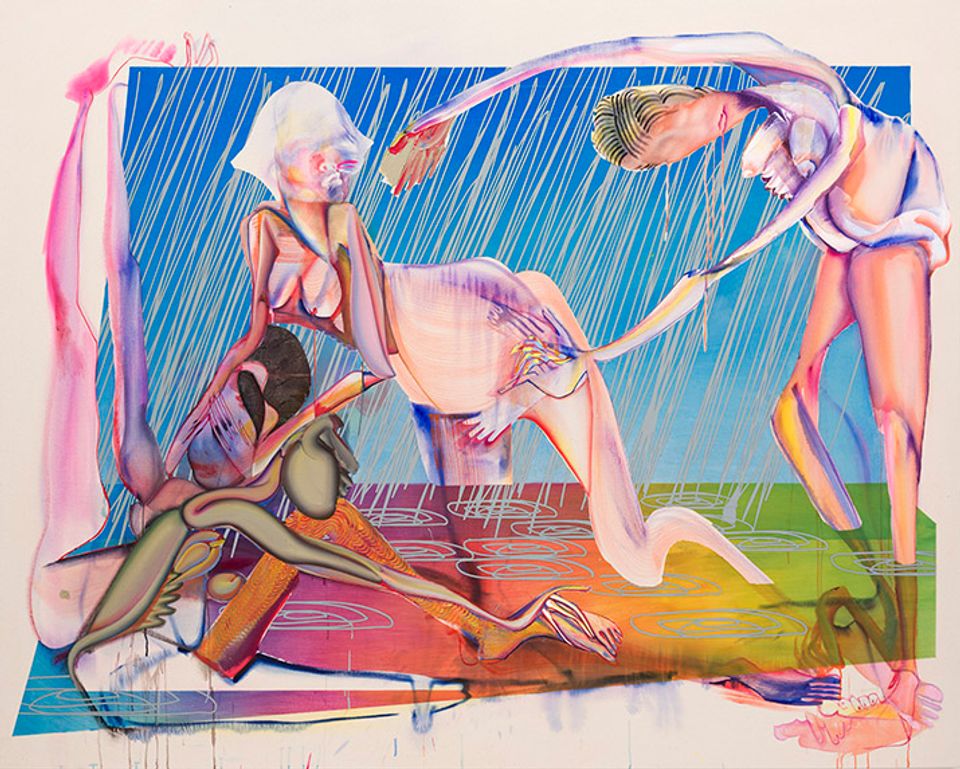 ... on living in Los Angeles

"I love living in Los Angeles. There's so much that people do with hand painted signs, or the way they decorate their front yards. There are so many of these crazy topiaries that people cut and all sorts of things. Living in Los Angeles is like making your own reality out of a big hodgepodge of different influences. [...] It's a city that has such a backbone of artifice. My family all moved out here to be in the film industry. So I grew up on backlots so I think that constructing your own visual reality is really engaging." 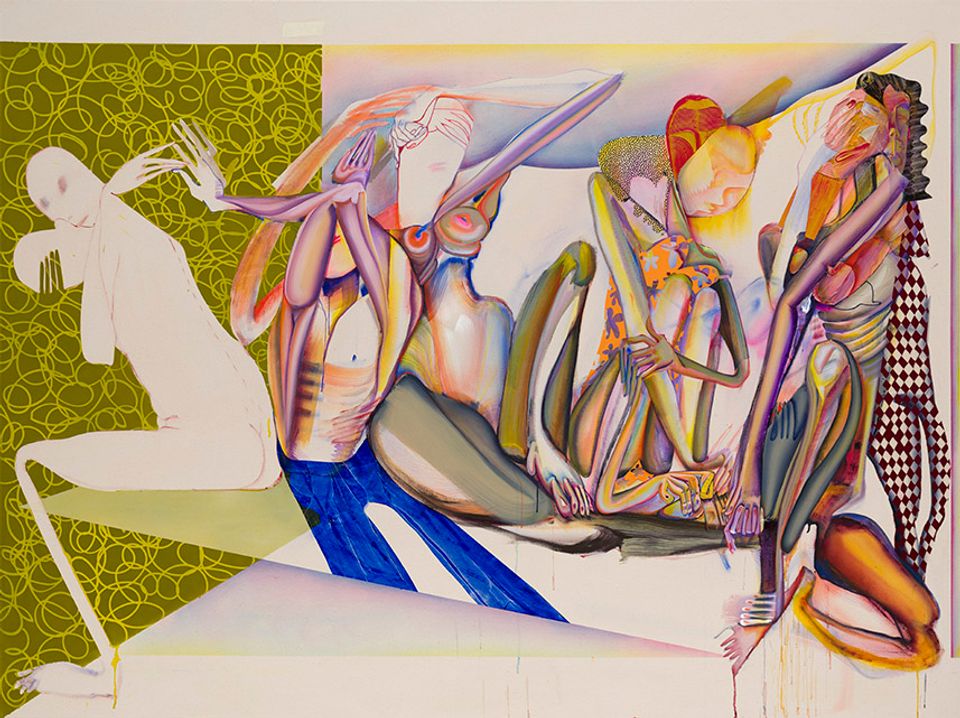 ... on listening to musicals in her studio

"It's embarrassing but I like painting to really epic musicals like Les Misérables or Miss Saigon. When you're painting you need to snap into a rhythm. And so what I like about these cheesy musicals is that they are so epic. If you listen to a live one they also include applause, which is sort of a good motivator to have somebody cheering you on. I just love the way that the music kind of weaves in and out of songs. It is literally like listening to a story that can hold your attention, which is important. Because when you paint for eight hours a day, six or seven days a week, you start to run out of things to listen to." 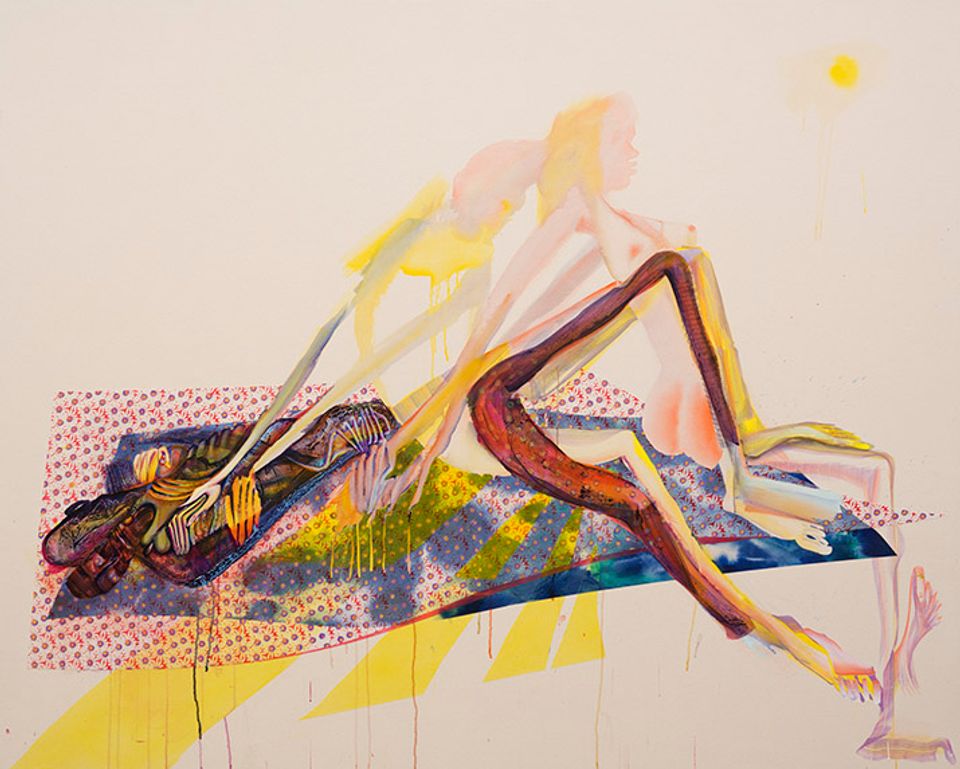 ... on drawing and painting

"I think one of the benefits I have is a traditional education in drawing and then a much newer introduction to painting. A lot of the fundamentals of how to render a figure have been drilled into my mind from the age of 12 when I took my first figure drawing class. But I entered grad school at 29-years-old, not really knowing how to stretch a canvas or anything about colour theory. So a lot of the elements of paint I think about in a more playful, experimental way because I'm not as tied down to a tradition of how to use paint or canvas. But I am tied to a very rigid tradition of how to render the body. And so I think that allows for this experimentation in the works that can allow for there to be a vocabulary that you can become familiar with, the more you become familiar with my work."

Benin bronzes: looted treasures will return to Nigeria at last

Benin bronzes: looted treasures will return to Nigeria at last