Bernini is guest of honour at patron's villa

The Galleria Borghese, the 17th-century villa in Rome that houses the core of Gian Lorenzo Bernini’s sculptures, is currently celebrating the 20th anniversary of its reopening in 1997 with a major survey dedicated to the artist (1598-1680). “The Galleria Borghese is an ideal place to consider the whole of his production,” says Anna Coliva, the museum’s director and the co-curator of the exhibition.

With around 70 sculptures, paintings and drawings, the survey expands both the timeframe and scope of the museum’s 1998 exhibition Bernini the Sculptor: the Birth of the Baroque in the Borghese Home. That show focused on the prodigious first decade of Bernini’s career under the patronage of Cardinal Scipione Borghese, who built the villa to house his collection. The monumental marble groups that he commissioned, including The Rape of Proserpina (1621-22) and Apollo and Daphne (1622-25), remain star exhibits today.

This follow-up show aims to present the full arc of Bernini’s production, from the early collaborations with his father and teacher Pietro to one of his last works, the marble bust of Salvator Mundi (1678-80) from Rome’s Basilica of San Sebastiano. Bernini specialists have assembled the largest possible number of his independent autograph works into eight thematic sections, such as portrait busts and preparatory models.

The exhibition also explores the connection between Bernini’s sculpture and painting. Important loans include one of his few secure autograph paintings, Saints Andrew and Thomas (before 1627) from London’s National Gallery, as well as his early restoration (1620) of an ancient Roman marble, the Sleeping Hermaphroditus from the Musée du Louvre in Paris. At the behest of Cardinal Borghese, Bernini added the mattress on which the figure lies. 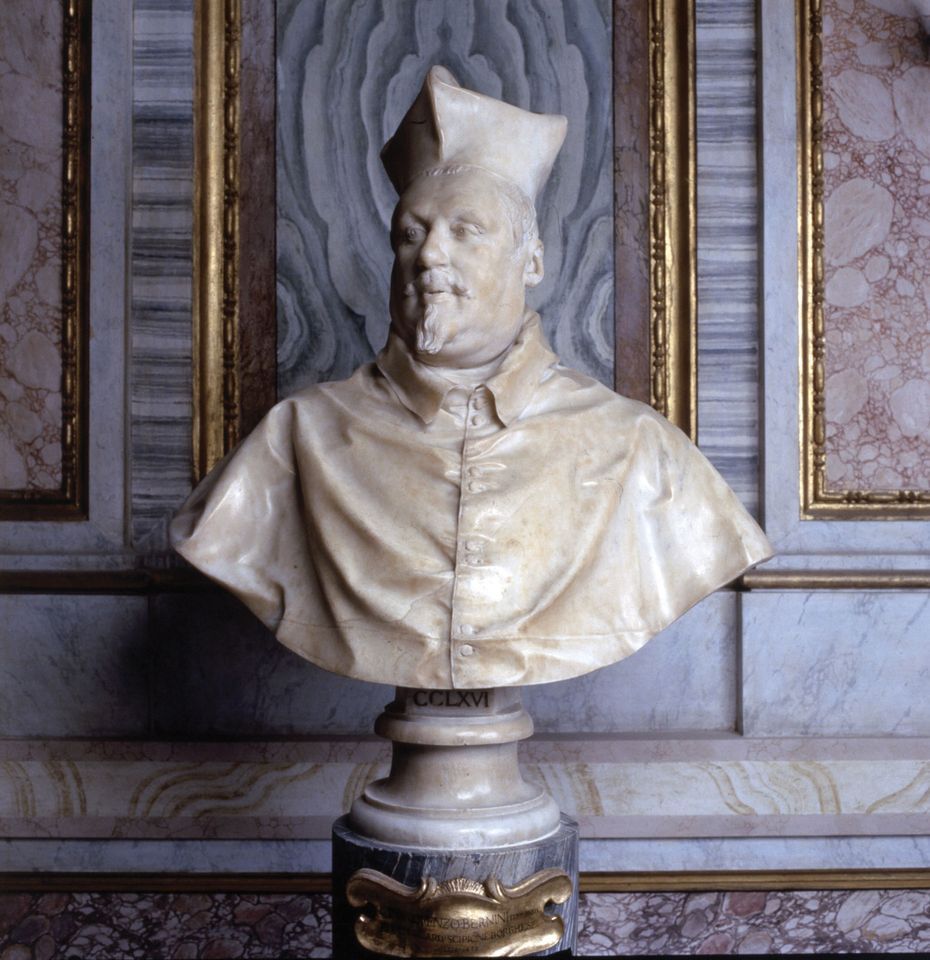 From Rome’s church of Santa Bibiana comes Bernini’s statue of the saint (1624-26), his first religious commission. Santa Bibiana was restored this autumn at the Galleria Borghese—the first time the sculpture has left its original site—in a workshop open to the public. The restoration was organised in collaboration with the Museum of the Bible in Washington, DC.

The exhibition is sponsored by the luxury fashion house Fendi, which announced a three-year partnership with the museum in September, and the Intesa Sanpaolo bank.