Confidence may be low, but New York's auctions are aiming high

Can the quality of the smaller works coming up during "gigaweek" quell economic jitters? 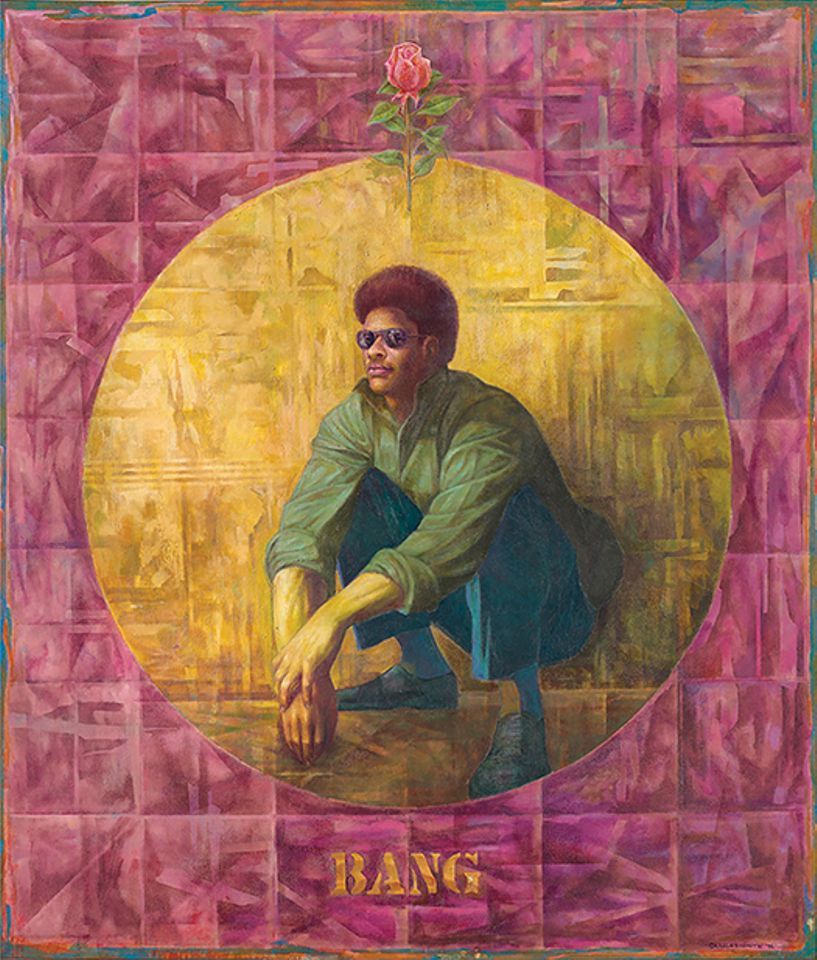 Could the winds of recession send a chill through New York’s autumn “gigaweek”? The temperature of the global economy has already fallen as China’s growth slows to its lowest rate in two decades and the UK’s financial future hangs on an economically unscrutinised Brexit deal.

This time last year, New York’s major auction houses projected a fall pre-sale estimate of $1.8 billion; this year, that has dropped, from $911.3 million to $1.3 billion. Indeed, last month’s Art & Finance Report 2019 from Deloitte and ArtTactic reveals that total auction sales are down to $5.5bn for the first half of the year from $6.9bn in the same period. And confidence is low: 29% of experts believe the market will go up in the next six months, versus 51% who said the same in May.

Yet these statistics seemingly did not impact the autumn sales in a protest-ridden Hong Kong last month, where auction prices were high even if the sale floors were sparse, with Yoshitomo Nara’s Knife Behind Back (2000) selling for a record $25m (with fees). There are only five lots among the evening sales that are expected to net in excess of $20m but whether the quality of the smaller works in New York this month will excite jittery bidders remains to be seen. 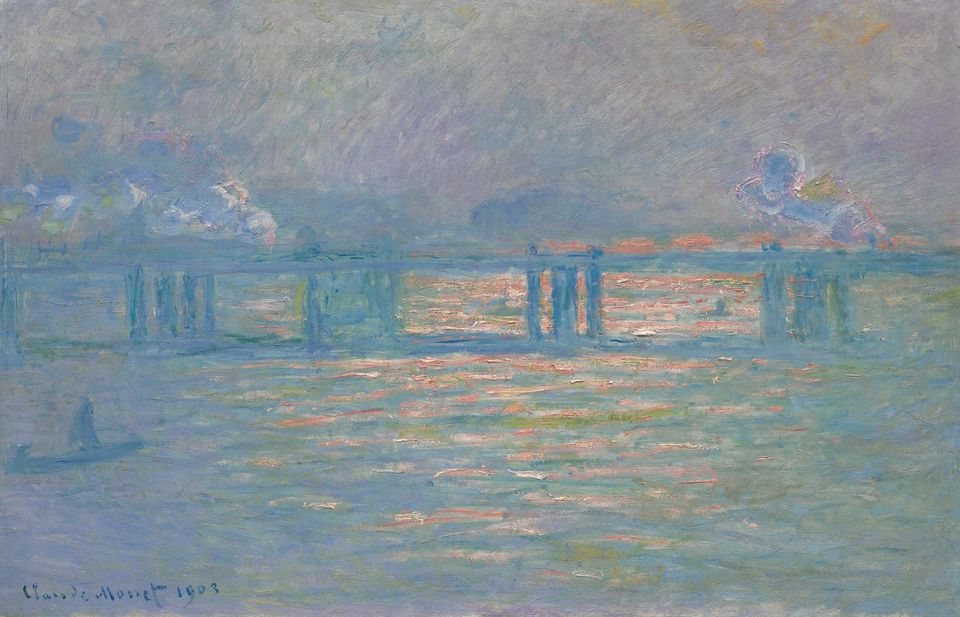 Monet's Charing Cross Bridge is the only Impressionist work estimated to fetch $20m this season. Courtesy of Sotheby's

Christie’s Impressionist and Modern evening sale kicks off so-called “gigaweek” and for that reason often shows which way the art market winds may be blowing. There are a lot of lower priced lots under $20m, “little gems” as the auction house’s senior specialist Jessie Fertig put it. The star lot of the night Pablo Picasso’s Femme dans un fauteuil (Françoise) (1949), estimated at $12m-$18m, which last sold for $3m in 2000.

A rare Italian Futurist sculpture, one cited in History of Art 101 books the world over as an exemplar of the movement, will also go under the hammer at Christie's on Monday night. Artist Umberto Boccioni did not live to see his iconic Unique Forms of Continuity in Space (Forme uniche della continuità nello spazio), authored in 1913, ever cast in bronze; his original plaster cast is now in the collection of the Museo d'arte moderna in São Paolo. Though several versions of the sculpture have been cast from the plaster form, the example on offer this autumn was cast from another bronze in 1972, marking an extra degree of removal from the source. Nevertheless, it is the first Boccioni to come to market in half a century, which may explain the punchy $3.8m to $4.5m estimate.

Sotheby's Impressionist and Modern sale is headlined once again by a Monet, following the landmark $110m sale of the artist’s Meules (1890) in New York in May. Charing Cross Bridge (1903), is estimated to fetch between $20m and $30m and is the only Impressionist work with a price tag over $20m this season. The artist’s later London works, especially his Charing Cross vistas, rarely surface at auction, though a similar painting reportedly changed hands in a private transaction in the UK for $63m in March. 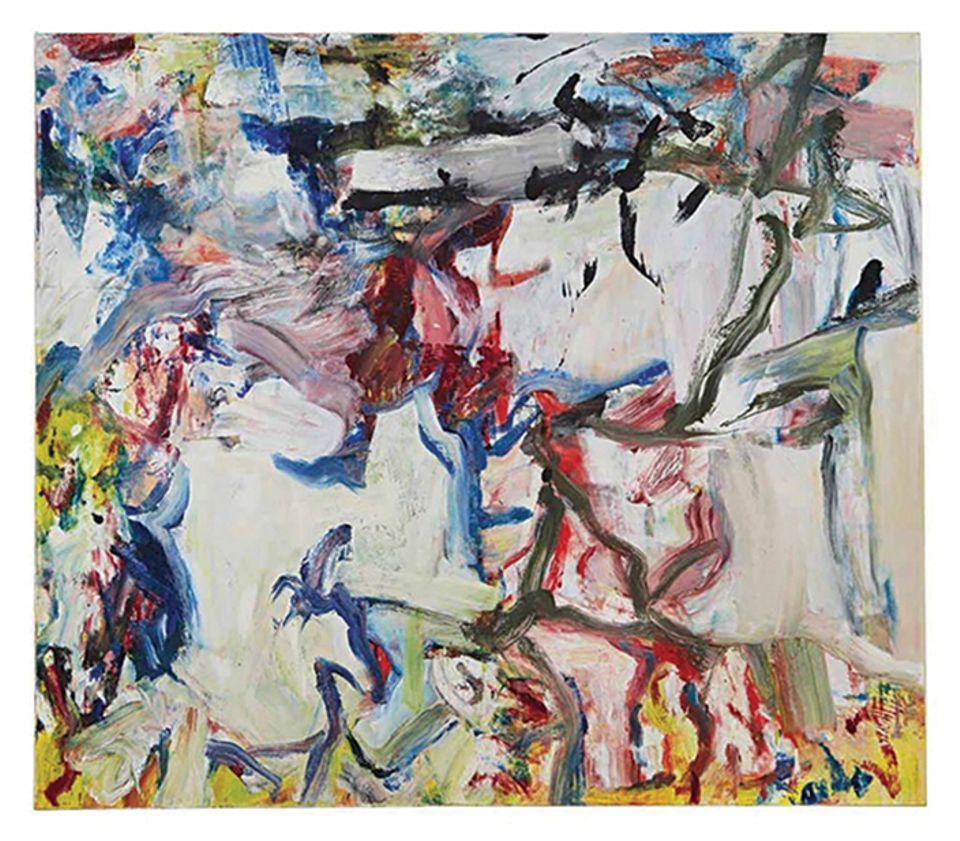 A charming Gustave Caillebotte painting, Richard Gallo et son chien Dick, au petit-gennevilliers (1884), makes its auction debut with a $18m-$25m while Paul Signac’s La Corne d’or (Constantinople) (1907) is estimated at $14m-$18m; both are guaranteed to sell by third-party backers. Meanwhile a lesser touted but curious work by Van Gogh, People strolling in a Park in Paris (1886), exhibited for the first time since 1947 in Tate’s Van Gogh and Britain show earlier this year, has a high estimate of $7m.

Christie’s post-war and contemporary art evening sale in New York on 13 November will feature a seldom seen painting by David Hockney, Sur la Terrasse (1971). With a $25m-$45m estimate, it follows on the auction house’s record-setting $91m sale of the artist’s double pool portrait last November. Ed Ruscha's Hurting the Word Radio #2 (1964), maybe the strongest contemporary offering this season, is estimated to sell for $30m-$40m, potentially setting a new auction record for the artist. The auction house set his current record of $30.4m in 2014 with the sale of Smash (1963).

Given the rising prices that works by African American artists have been fetching, another lot to watch is a Charles White painting, Banner for Willie J (1976), which featured in the artist’s 2018 travelling retrospective. Should it sell for within its pre-sale estimate of $1m-$1.5m, it will double White’s current auction record of $509,000 (with fees), set last year at Swann Galleries. A Fantastic Sunset (1970) by Alma Thomas, once owned by disgraced comedian Bill Cosby (though not consigned by his family), bears a low estimate of $2.2m, which would also shatter the artist’s previous $740,000 auction record.

Keith Haring, Untitled (The Grace House Mural), has been cut from the walls of its original site and is estimated to bring in $3m-$5m. Photo by Tom Powel Imaging. Courtesy of Bonhams

At Sotheby’s on 14 November, an “extremely rare” Willem de Kooning painting, Untitled XXII (1982) will be offered by the art dealer Robert Mnuchin, father of the US treasury secretary Steven Mnuchin, on behalf of an undisclosed client. Should it reach its estimate of $25m-$35m, it will be among the artist’s top-five auction records. Mark Rothko’s Blue Over Red (1953) carries an estimate of $25m-$35m, following the auction house's $50m Rothko sale in May; work authored by the artist in 1953 rarely surface, and this one last appeared at auction at Christie’s in 2005, when it sold for $5.6m.

Also at Sotheby’s, the Francis Bacon painting Pope (1958) will be offered from the Brooklyn Museum’s collection to benefit its acquisitions fund. The last time a work from this series came to auction was 11 years ago when another Pope painting sold for $7.3m at Sotheby’s Paris, more than doubling its $3.2m estimate. Yet this work, estimated to go for $6m-$8m, is a far cry in price from an earlier “screaming pope” painting by the artist that went for $50.4m at Sotheby’s New York in May.

Unusually for an auction house best known for offering international contemporary art, Phillips will headline its contemporary evening sale on 14 November with a painting by Norman Rockwell, a stalwart of the American paintings market. Before the Shot (1958) shows a young boy in a doctor’s surgery steeling himself for a vaccination. Estimated to fetch $2.5m-$4.5m, the painting has been on loan to the Norman Rockwell Museum in Stockbridge, Massachusetts, for 13 years. Another uncommon sighting is a Keith Haring mural—removed brick by brick from a Manhattan Catholic youth centre—estimated to bring in $3m-$5m at Bonhams.