Long dismissed for its religiosity, Tissot’s biblical work will be given new context in San Francisco 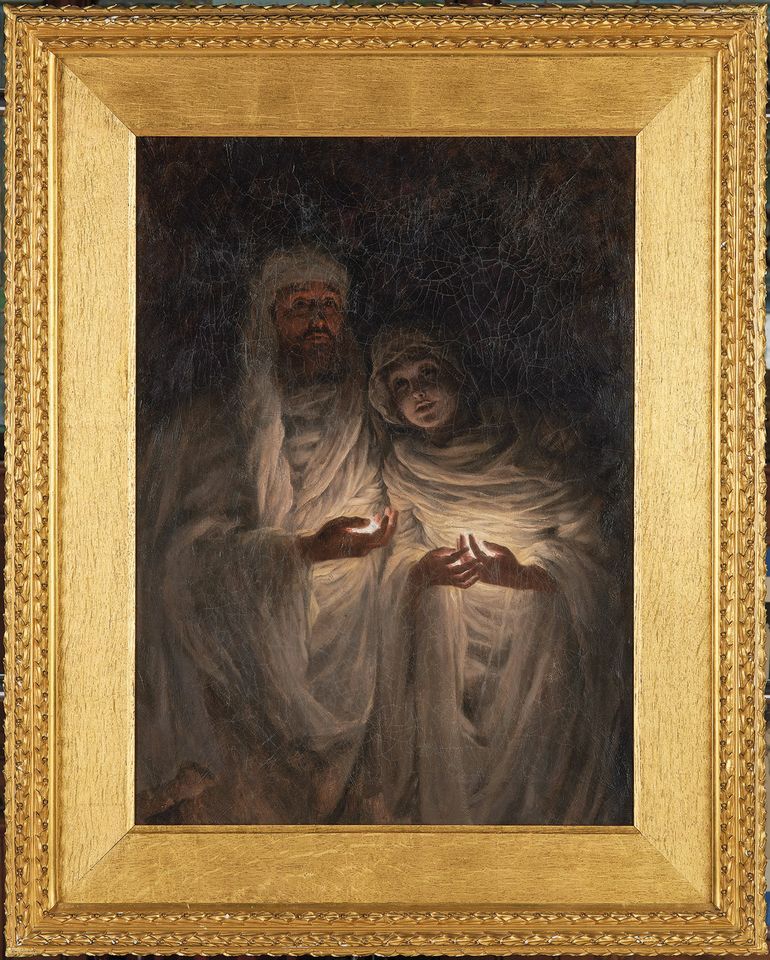 Tissot’s The Apparition (1885) was inspired by a séance following the death of his lover © Courtesy of Frédéric Mantion. Photo: Eric Marin

A contemporary of the Impressionists, the late 19th-century society painter James Tissot (1836-1902) is remembered best for capturing the more mundane aspects of fashionable company: ladies lounging in lace and ruffles, tense moustachioed men in ties. It comes as a surprise, then, that for the last two decades of his life, Tissot trained his eye—and his brush—on the spiritual, producing hundreds of biblical watercolours and drawings for which he was widely renowned in his own time, but which have since fallen away from public view.

James Tissot: Fashion and Faith, which opens this week at the Legion of Honor in San Francisco, attempts to reconcile the French artist’s mystical and material works, presenting new scholarship and the first major reassessment of his work in nearly 20 years. Co-organised with the Musée d’Orsay in Paris, the exhibition includes more than 60 paintings—including both society and spiritual scenes, one of which was long thought lost—in addition to drawings, prints and photographs, which suggest Tissot was an artist between two worlds.

The bridge between those worlds is a recently rediscovered painting, The Apparition (1885), which was found in an estate sale by private collectors familiar with Tissot’s work. The uncharacteristically dark painting features the well-known spiritualist and medium, William Eglinton, accompanied by a woman, both shrouded in white and holding orbs of light. It is allegedly based on a vision Tissot had in a séance with Eglinton after his London lover, Kathleen Newton, had died of tuberculosis—a loss that sent him seeking refuge in his native France after several years in Britain. 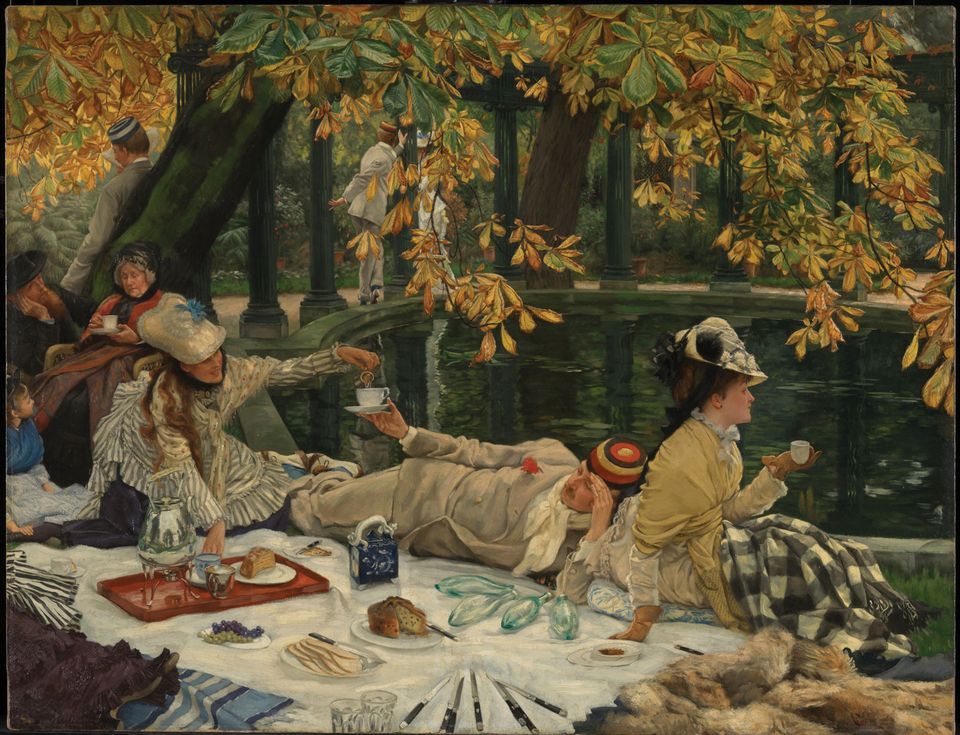 “Kathleen’s death was a turning point for Tissot,” says the exhibition’s curator, Melissa E. Buron, noting that it was after this vision that the artist began creating his biblical scenes. Spiritualism, which sought to scientifically prove the existence of an afterlife, had a pop-culture appeal at the end of the 19th century. The artist, raised Catholic, and many of his contemporaries “didn’t necessarily see a big divide between this kind of mysticism and Judeo-Christian religiosity,” she says.

Assumed lost or even destroyed by Tissot himself for the better part of a century, The Apparition was known only by a mezzotint attributed to the artist, now in the museum’s collection, and photographs of the painting in Tissot’s studio in the rural Bouillon region of southern France.

Exhibited publicly for the first time since the artist was alive, alongside a selection of his biblical watercolours, “it shows how his unabashed religious and spiritual curiosity dovetailed with the cultural zeitgeist of the time,” Buron says.

Tissot, who visited the Holy Land on more than one occasion, created around 700 biblical scenes between 1885 and his death in 1902, and they proved a commercial hit. Masses queued to see them when they toured Paris and London, and John Singer Sargent, serving as an adviser to a nascent Brooklyn Museum eagerly building its collection up to rival the Metropolitan Museum of Art’s, counselled that they should invest in these works if they wanted to be taken seriously as an institution. The museum bought 350 New Testament watercolour scenes, while New York’s Jewish Museum bought Old Testament scenes; both museums rarely exhibit the works due to conservation concerns and the general ignorance of the works within Tissot’s oeuvre today. (Both museums have loaned a combined 22 for the show). 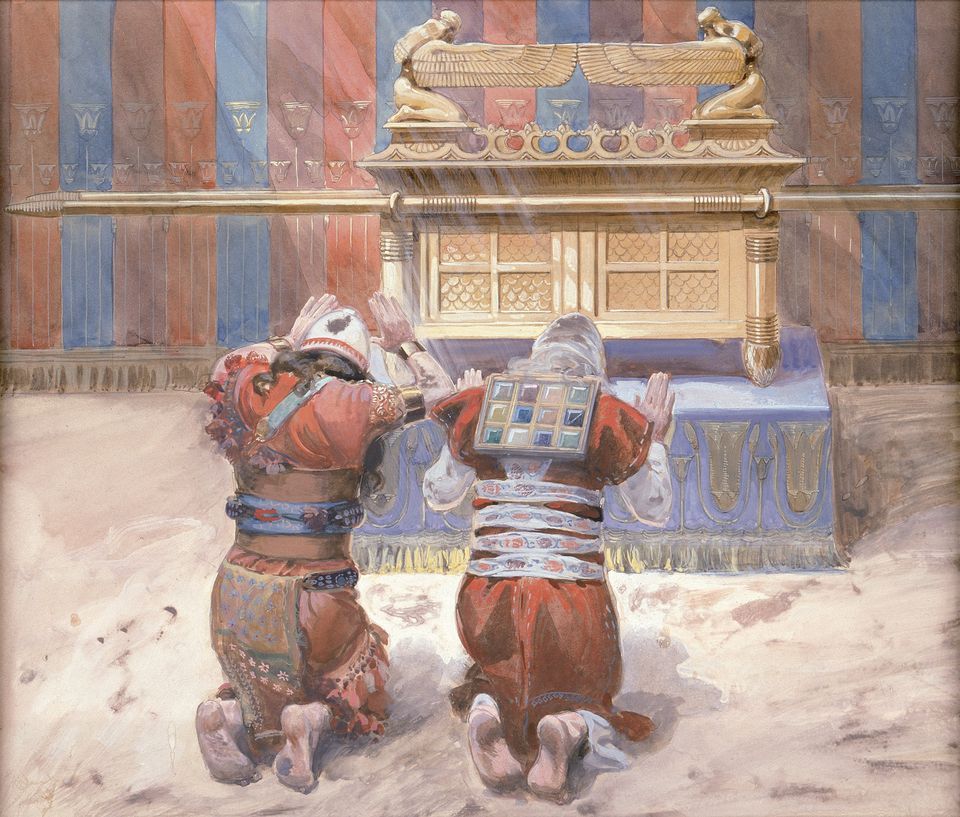 “The two leading scholars of Tissot over the past half century have largely dismissed this body of work because of its religiosity,” Buron explains. Yet the historical oversight of the artist’s spiritual paintings has long masked the artist’s resonance with the contemporary zeitgeist as well. The images are directly quoted in modern film, influencing the set design for Ben-Hur. Steven Spielberg used Tissot’s depiction of the Ark of the Covenant to create the relic around which the plot line of 1981’s Raiders of the Lost Ark is based.

There is an immediate familiarity about Tissot’s work, according to Buron, who says, “There is so much that has gone unknown about him for so long. These works deserve to be put into better context, given the lasting impact they had in both Victorian-era culture and modern-day cinema.”