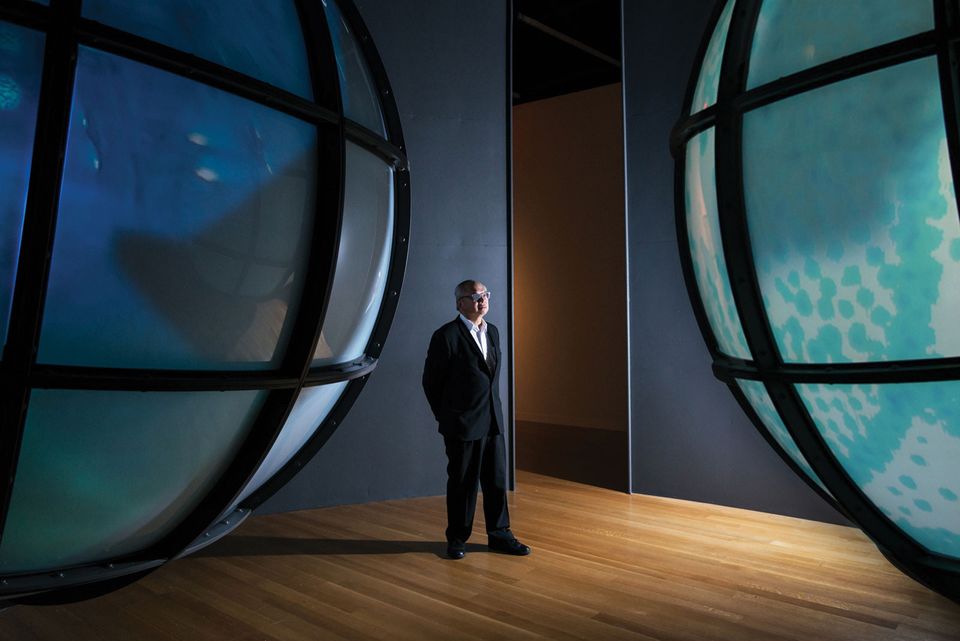 “How do you do something that competes with that signage?” wonders the artist Mel Chin of the forest of screens in New York’s Times Square. As part of his retrospective at the Queens Museum this month, Chin plans to make tablets and mobile phones available in the square that will show a new work titled Unmoored. The augmented reality piece will “flood” the famous tourist destination allowing viewers to experience a climate change-induced world of water.

Citing recent studies that reveal how our everyday devices erode our capacity for empathy, Chin explains: “We should review those tools that take us away from feeling and understanding, and use them to provoke our curiosity and our desires again for understanding.”

The work is one of several interventions that Chin is coordinating across New York in conjunction with his four-decade survey, appropriately titled All Over the Place. Born to Chinese immigrant parents in Houston, Texas, in 1951, Chin has established a versatile conceptual practice. This can produce a Louise Bourgeois-like spider sculpture that addresses transcontinental trade and the legacy of the Opium War; hundreds of politically infused collages fabricated from vintage encyclopaedias; or a hand-knapped Belizean flint object that references the Spanish conquest of the Yucatan in the 16th century (all are included in the exhibition).

When you’re dealing with social issues, it’s best to try to deliver something. Being aware and informed is not enough

Chin’s augmented reality project will be stationed beside a large structure that evokes the hull of a ship or the skeleton of a whale, plus a huge animatronic figure based on the 19th-century celebrity opera singer, Jenny Lind. Chin recalls asking: “Where does this whole ongoing moving tragedy that is climate change or global warming begin?” The answer took him back to the 19th century, to Lind, the cult of celebrity, Broadway, and the beginnings of marketing.

Chin’s other key project involves a fashion event at the exhibition opening. The artist collected plastic water bottles that the residents of Flint, Michigan, have been forced to drink from since their local water supply was contaminated by lead. The bottles were sent to North Carolina and transformed into fabric that was then transported to the St Luke NEW Life Center in Flint. Here, jobs were offered to in-need locals who sewed the recycled material into clothes, conceived by the New York fashion designer Tracy Reese. The result is nine different styles and a prototype for a possible clothing line. 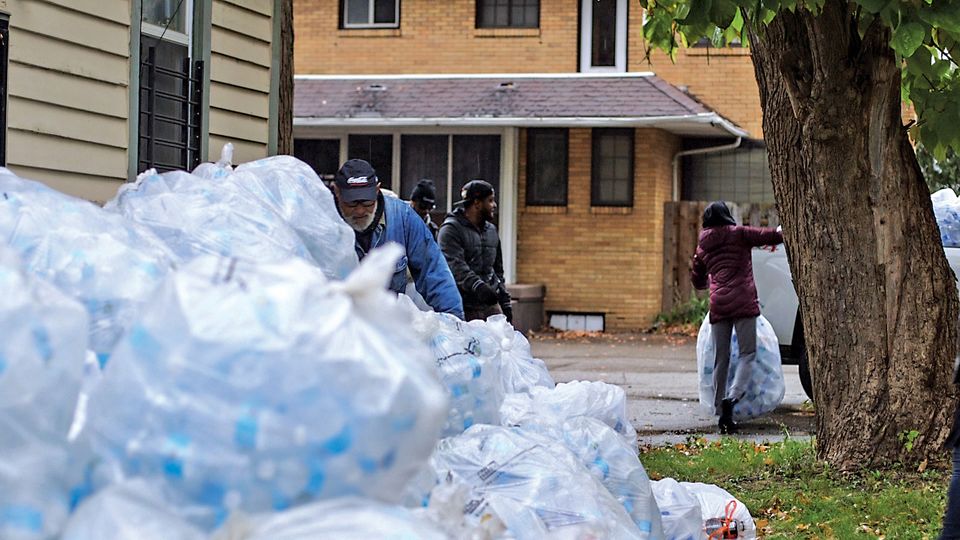 “When you’re dealing [with] social [issues], it’s best to try to deliver something,” Chin says. “Being aware and informed is not enough.”

The exhibition has been co-organised with No Longer Empty and Times Square Arts, and the main sponsors are the Henry Luce Foundation and Ford Foundation.