“There will be some protests,” predicts the Swiss collector ahead of a Kunstmuseum Bern show of works from both sides of the Korean border 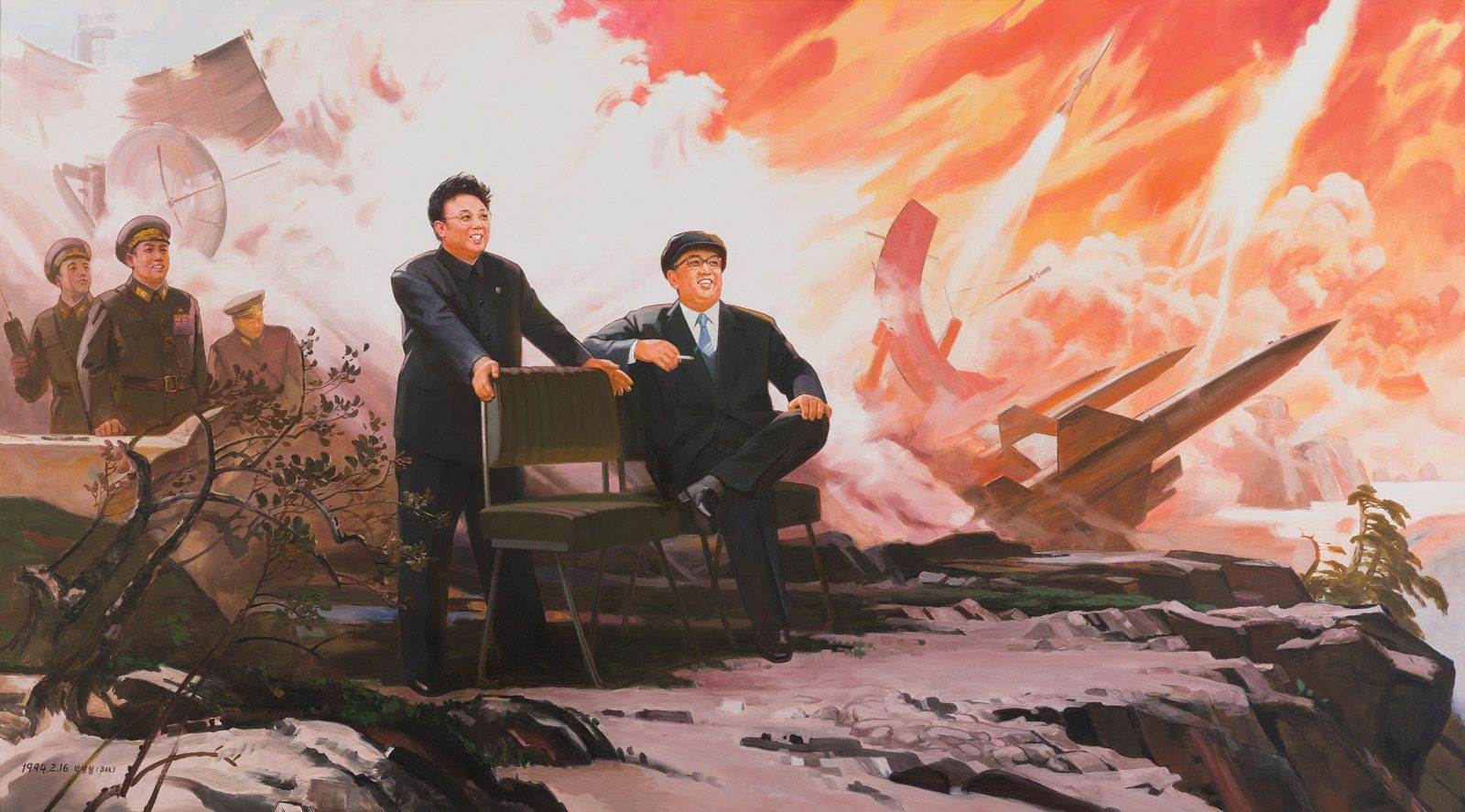 The Swiss art collector Uli Sigg first visited North Korea in the 1980s as an employee of the Schindler Elevator Corporation. In 1995 he became the Swiss ambassador there, and was the only foreign art collector permitted to purchase works portraying the regime’s leaders, among them a painting of Kim Il Sung and Kim Jong Il in front of their country’s rocket arsenal.

Sigg’s collection of Korean art—from both North and South Korea—is to go on show in a politically sensitive exhibition, Border Crossings, at the Kunstmuseum Bern at the end of this month. The border between the two Koreas, 250km of barbed wire and anti-tank defences, is one that cannot be crossed, but the exhibition aims to act as a kind of dialogue between the countries that are both enemies and siblings. “I was fascinated by this highly emotional variant of Socialist Realism.” Uli Sigg, art collector

The Kunstmuseum and Sigg are breaking a taboo by showing art of the two Koreas together. Showing and acquiring North Korean art in South Korea is restricted, the curator Kathleen Bühler says, while South Korean art—or indeed any art not produced via the official channels—is banned in North Korea. Officials of both countries have been invited to a tour of the exhibition before the opening, Bühler says.

“There will be some protests, I have to anticipate that,” Sigg says. But he hopes the exhibition might even bring diplomatic benefits. “Both sides will articulate themselves to us and to the media, and that could in itself be of value,” he says.

As a businessman selling elevators in North Korea, Sigg visited the National Museum in Pyongyang, where two floors glorified the country’s military and political might and showed images of North Korea’s leaders. “I had already seen Socialist Realism in China and in Russia, so I was curious how the North Korean version would play out,” Sigg says. “I was fascinated by this highly emotional variant of Socialist Realism. The ideas are the same, they have a very similar language, but they pushed it even further when it comes to emotionality, in the expressions they have on their faces.”

When he became the ambassador to North Korea, and later as a guest of the government, Sigg used his official contacts to gain access to the two North Korean art cooperatives, Mansudae and Mount Paektu. He was at first told he would not be allowed to have portraits of the Kim family, as these were considered national patrimony and only hung in official buildings. But his persistence and connections in the regime meant Sigg finally managed to acquire the works he wanted. Sigg’s North Korean Socialist Realist works will be shown alongside works by South Korean artists focused on the peninsula’s divisions. Some Chinese artists are also represented in the show—Wang Guofeng, for instance, photographed grand-scale military parades glorifying the regime during visits to North Korea in 2012 and 2013. The exhibition will also feature the embroideries of South Korean artist Kyungah Ham, produced in North Korea. Using Chinese intermediaries, she established contacts with a textile factory in North Korea to produce her designs, which carried messages to the makers, such as a motif of a mushroom cloud.

This project was an attempt “to achieve an artistic message and communicate with unknown people in North Korea”, Ham says, inpired by a North Korean propaganda leaflet that she discovered in front of her home. The operation, she says in the catalogue, required smugglers and go-betweens who asked for bribes or simply disappeared. It was, she says, “like something out of a spy movie”.