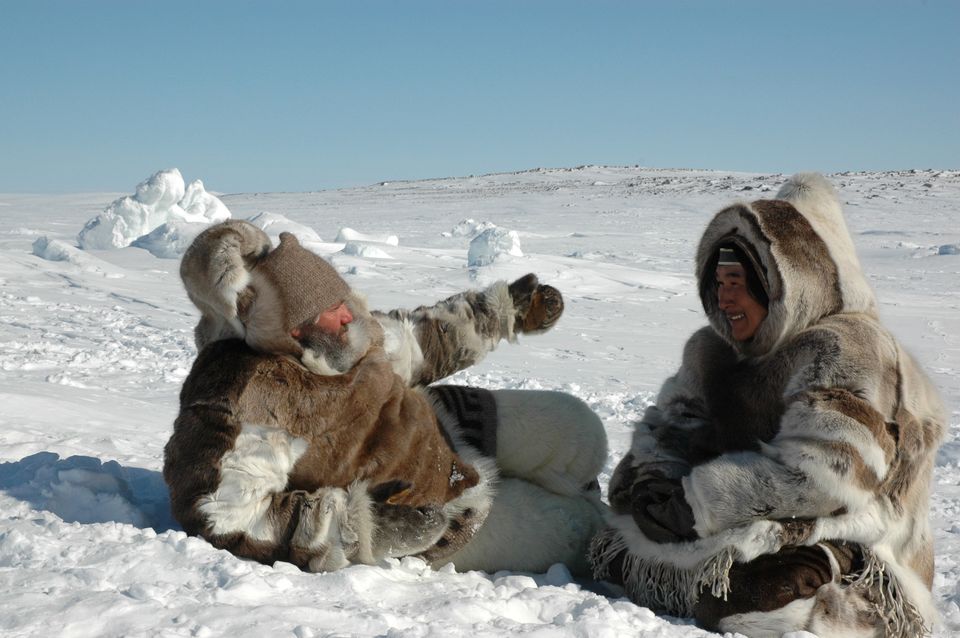 Isuma, The Journals of Knud Rasmussen (2006). Qaggiq: Gathering Place is presented by the Art Museum at the University of Toronto in partnership with the Toronto Biennial of Art Courtesy of Isuma and Vtape

The ever-changing Toronto waterfront, once the domain of Indigenous peoples and now brimming with condos, is the venue for the first-ever Toronto Biennial of Art (until 1 December). Titled The Shoreline Dilemma, the sprawling arts event is scattered over more than 15 sites, most within a short hop of Lake Ontario. “The artworks explore how relations—both human and non-human—can reaffirm communion and generate ecosystems,” say the co-curators Candice Hopkins and Tairone Bastien, “but also have the potential to breed anxieties, glitches, anomie and alienation.”

Among the installation sites for biennial works is an old munitions factory, the Small Arms Inspection Building, public spaces such as the Toronto Sculpture Garden, and even the city’s transportation hub Union Station, as well as more traditional art spaces like the Art Gallery of Ontario (AGO), the Museum of Contemporary Art (MOCA) and The Power Plant, while York University, Ryerson and the University of Toronto are also hosting projects.

The AGO’s offering is especially impressive, an award-winning, 32-minute film installation, a decade in the making, that stretches from wall to wall in one of its large upstairs rooms. In Pursuit of Venus (infected), by the New Zealand artist Lisa Reihana, is based on an early panoramic work of French wallpaper designer Jean-Gabriel Charvet, titled Les Sauvages de la Mer Pacifique, which was shown in Paris in 1806 and was inspired by the voyages of the British explorer James Cook.

“Reihana reimagines the wallpaper as a ‘panoramic pantomime,’” the curatorial wall text for the installation explains, “creating historical and imagined scenes with Indigenous actors accompanied by a rich soundscape that includes dialogue in many Pacific languages.” An edition of the monumental piece was recently jointly acquired by the Fine Arts Museums of San Francisco and the Los Angeles County Museum of Art.

Cook was celebrated in Europe as an intrepid explorer who expanded the British empire into the Pacific, but he is not remembered as fondly by the indigenous groups his expeditions displaced. He was killed in Hawai’i in 1779 while trying to kidnap King Kalaniʻōpuʻu to serve as ransom for a boat that was taken from him. Upcoming ceremonies to celebrate the 250th anniversary of Cook’s visit to New Zealand are being shunned by Maori tribes according to The London Times, with one Maori leader labelling Cook a “barbarian”.

about 11 hours ago
Crowds flock to revamped Uffizi Galleries