This is the first publication about the man who put London's Whitechapel Gallery on the international map, but never gained the recognition he deserved 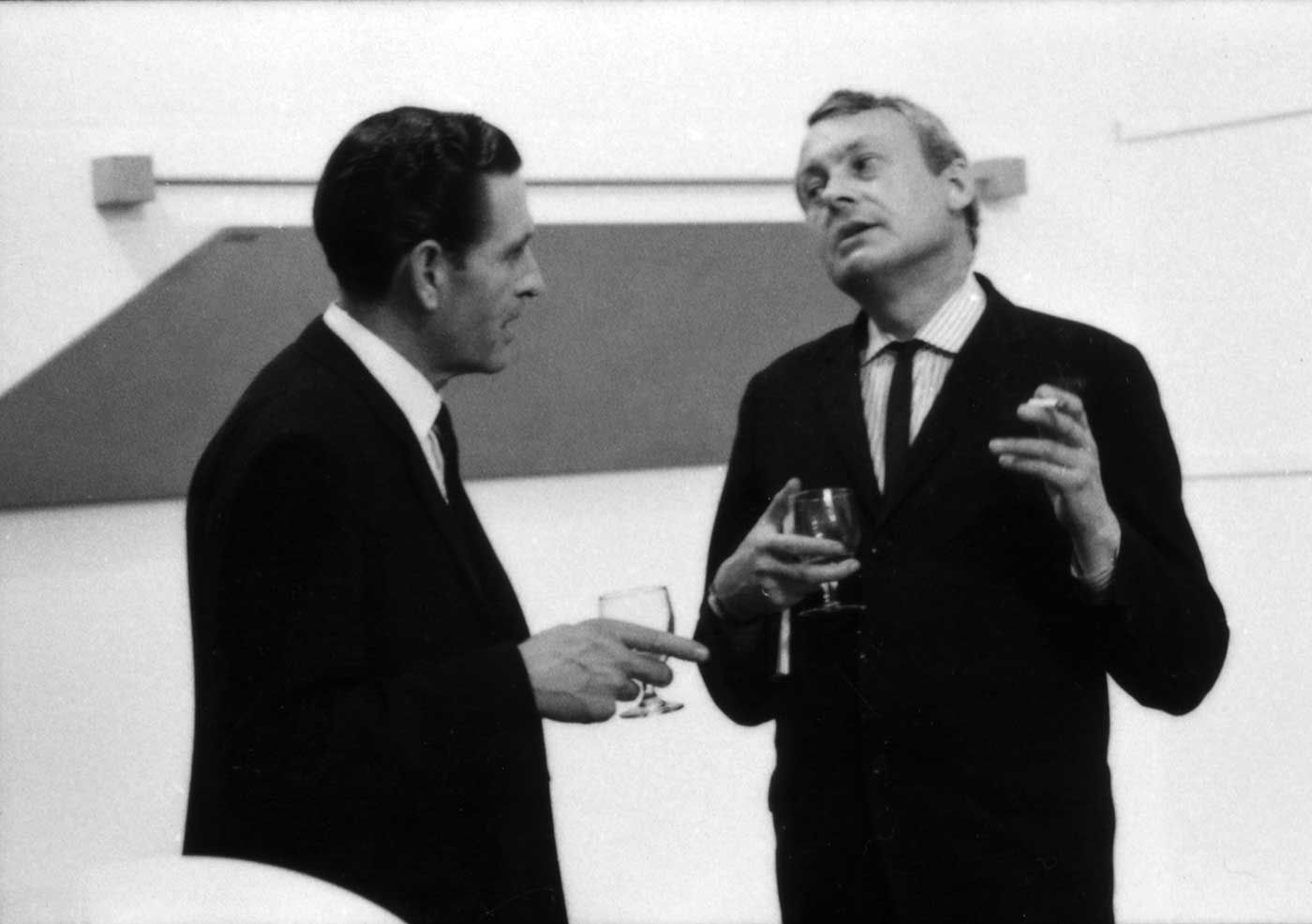 Although Andrew Lambirth stresses that this, the first book about the curator, gallery director and writer Bryan Robertson (1925-2002), is not a biography per se, there emerges from its adroitly structured narrative a rounded and revelatory portrait of this hugely important figure.

Robertson’s main claim for posterity is his directorship of London’s Whitechapel Gallery. Appointed from a distinguished shortlist in 1952, he transformed the gallery from a backwater into an internationally important centre for contemporary art. This he achieved through a programme that included British, European, Australian and—perhaps most powerfully—American artists. First visiting the US in 1956, Robertson realised that the pendulum of significance had shifted from Paris to New York; subsequently, starting with a Pollock memorial retrospective in 1958, he was to mount groundbreaking shows of Rothko, Guston, Krasner, Rauschenberg and Johns, among others. He led the way too in gaining corporate sponsorship, initially from the Peter Stuyvesant Foundation for a series of New Generation shows (1964-68) championing younger talents including Patrick Caulfield and John Hoyland. He also supported mid-career artists, often reviving reputations as a result.

He was a paid-up member of the awkward squad, falling out—though usually back in—with virtually everyone at some point

Robertson was a passionate, stalwart supporter of artists, his appreciation of their work unhindered by fashion or orthodoxy. He had little formal education; his first jobs were as a junior sub-editor at The Studio magazine, after which he joined the Lefevre Gallery, and then became the director of the Heffer Gallery in Cambridge (1949-52). Though he had a highly supportive mentor in Kenneth Clark, he was not temperamentally an establishment man. He was notoriously disorganised, seemingly unable to meet deadlines. That, and the fact that he was a paid-up member of the awkward squad, falling out—though usually back in—with virtually everyone at some point, perhaps accounted for his sidelining from the Tate directorship job in 1964 (Norman Reid, a safe pair of hands, was appointed).

Robertson continued as the Whitechapel’s director until 1969, then spent five unhappy years as the director of the Neuberger Museum of Art, Purchase College, at the State University of New York before returning to London, where in the 1980s he curated well-received shows at the Warwick Arts Trust. Ever the enabler, he also facilitated a series of striking collaborations in which artists such as Helen Frankenthaler and Howard Hodgkin designed for ballet. His last substantial curatorial achievement was a hugely acclaimed Dufy show at the Hayward Gallery (1983-84).

Much of this book is comprised of the fascinating recollections and insights of Lambirth’s many interviewees and correspondents from the worlds of art and culture that Robertson inhabited. They are combined with the author’s own contextual interpolations, and selected examples of Robertson’s writings on art. Altogether, this much-needed volume presents an engrossing picture of a brilliant maverick: a man by turns immensely generous, hilariously funny and wildly infuriating. Many here express chagrin that Robertson’s talents were so underused in his post-Whitechapel years. That he is recalled with such lasting respect and not a little affection is testament to both his human qualities and the vast importance of his legacy. One is left wondering where are his like today.

• Ian Massey is completing a book about the St Ives sculptor John Milne, and working on a curatorial project for Manchester Art Gallery

about 8 hours ago
July’s book bag: from paranormal American art to a history of Stuart architecture