In the age of a ‘fake president’, Mark di Suvero’s sculptures reflect on the beauty of truth

The New York artist’s newest abstract works at Paula Cooper Gallery are not exactly topical, but his devotion to the ideals of science, democracy and community remind us of America’s better self 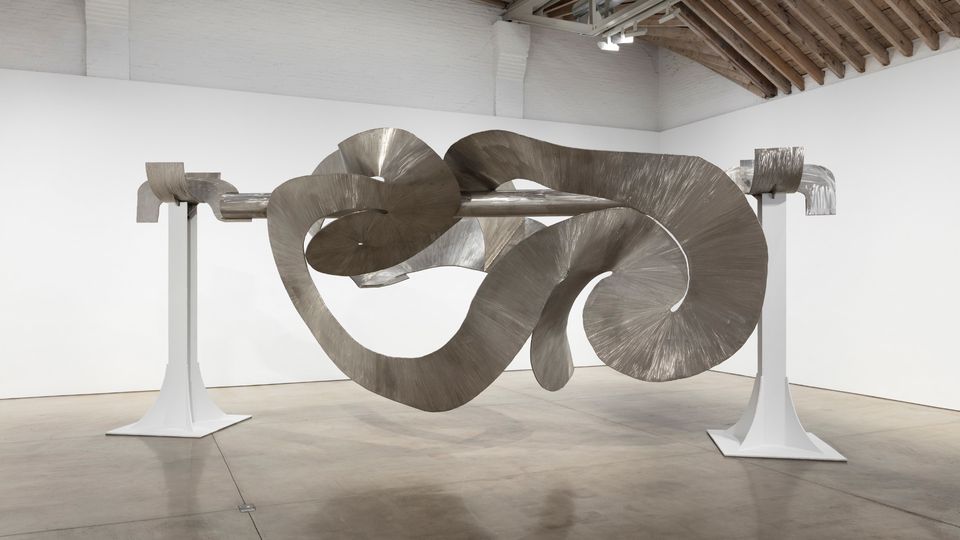 At the center of Mark di Suvero’s solo exhibition at Paula Cooper Gallery in New York, which closes this Saturday (3 February), is a spiral of steel twisting on an elevated beam, like a swirling fruit rind, its burnished surfaces rippling under the gallery’s light. This monumental new sculpture, Eppur si muove (2014-17), is named after the words that Galileo Galilee allegedly spoke when persecuted by the Catholic Church for establishing that the earth orbits the sun: “And yet it moves,” an insistence that what is true remains true, regardless of human obstinacy.

Di Suvero, 84, is clearly attracted to the grace and uprightness of scientific principles and mathematical laws. His sinuous ribbon of steel, in fact, represents a Möbius band, a kind of mathematical curiosity that technically possesses only one side and one edge. “Scientists have a great respect for the truth,” the sculptor told us during a recent visit to his studio, Spacetime, in Astoria. He laments the preponderance of people in power who do not share the virtue, however, particularly Donald Trump. “He doesn’t have any respect for the truth, which is saying something terrible about anybody, especially the leader of the nation.”

Di Suvero’s abstract work is not exactly topical and his shapely forms have little to do with today’s news cycle. And yet, when the fundamental dilemma of our time seems to be an inability to agree on what is true and what is not, the sculptor’s devotion to those essential ideals of science, democracy, and community lend his uplifting sculptures a peculiar resonance just now; they start to read like an appeal to America’s better self. “My art has always been for an idea of peace, inclusion,” he says.

In the early 1970s, di Suvero vigorously protested the Vietnam War. “I was heartbroken about it, I used to suffer that I was part of the system,” he says. “After getting arrested in Chicago, beat up and arrested in Washington, DC, I gave up hope. At first I thought we could change the direction of society, but I gave up.” He self-exiled to Europe and lived between Italy, the Netherlands, and France. In the 1980s, after returning to the US, he transformed an illegal dump near his studio into an outdoor sculptural park. Tellingly, he called this utopian sliver of green space Socrates. 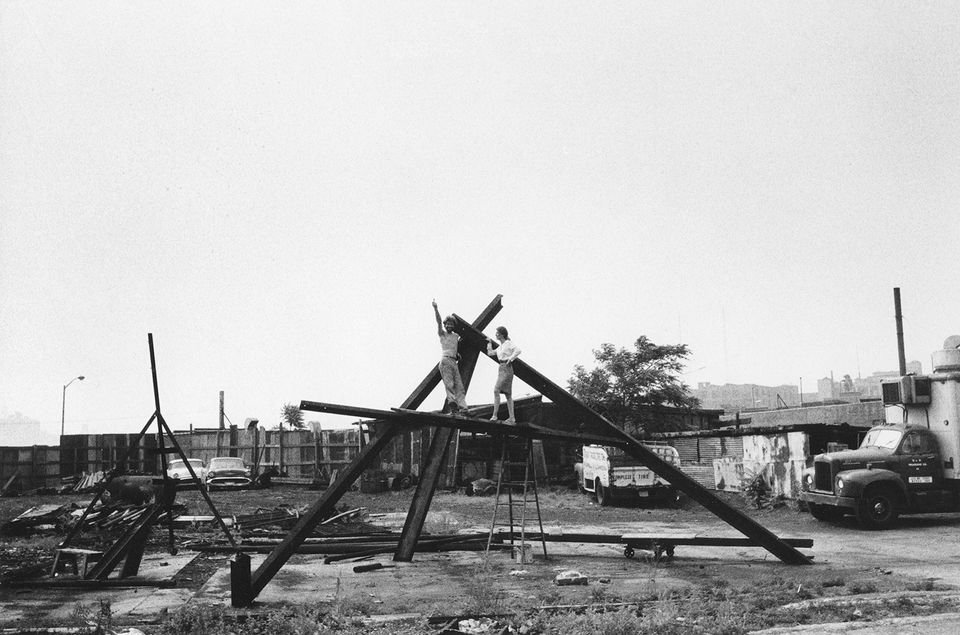 “I don’t want to say it’s spirituality, but joyousness is very important to him, a kind of transcendence,” says the gallerist Paula Cooper, who has worked with di Suvero since the 1960s, when she was hired as a director of the fabled co-operative gallery di Suvero co-founded in SoHo, Park Place. “It probably all sounds very old-fashioned, but I think that’s what art is and that’s what makes it important.”

Di Suvero’s exhibition at Paula Cooper also features a batch of recent paintings, works on paper, and smaller-scale, puzzle-like sculptures. Of the massive Eppur si muove, Cooper says: “It’s not an anomaly but what is interesting is that the work he’s been doing recently is more curvilinear, more rounded, than earlier work, which is very interesting. It’s so impressive. Those big curves just flow. And he did that,” says the gallerist, referring to the fact that the sculptor, who is mostly restricted to a wheelchair these days, cut the steel himself. “He’s really out there,” she adds, laughing. 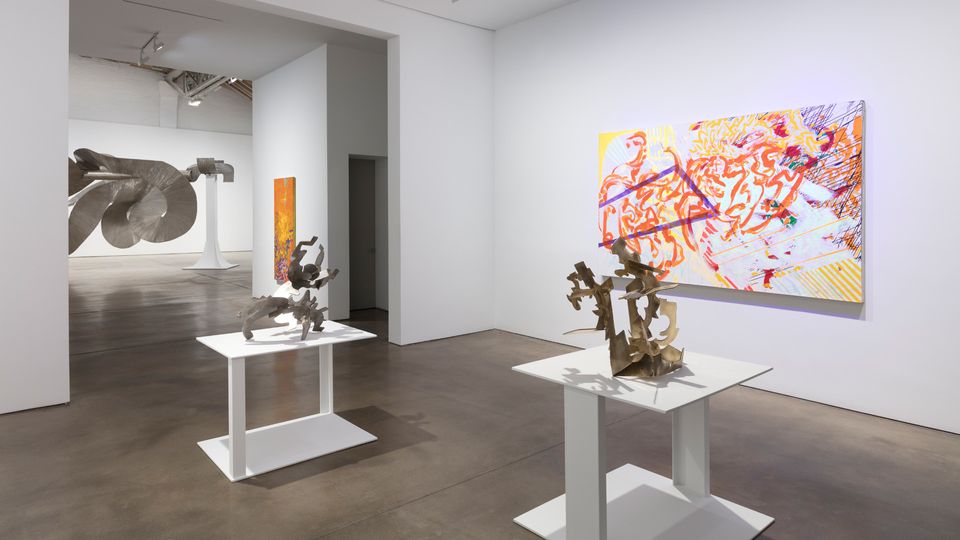 The sculptor still occasionally expresses hopelessness when reflecting upon the “fake president”, a “distorter of reality”. Yet, “democracy can right the ship,” he says. “It can stop the sinking.”