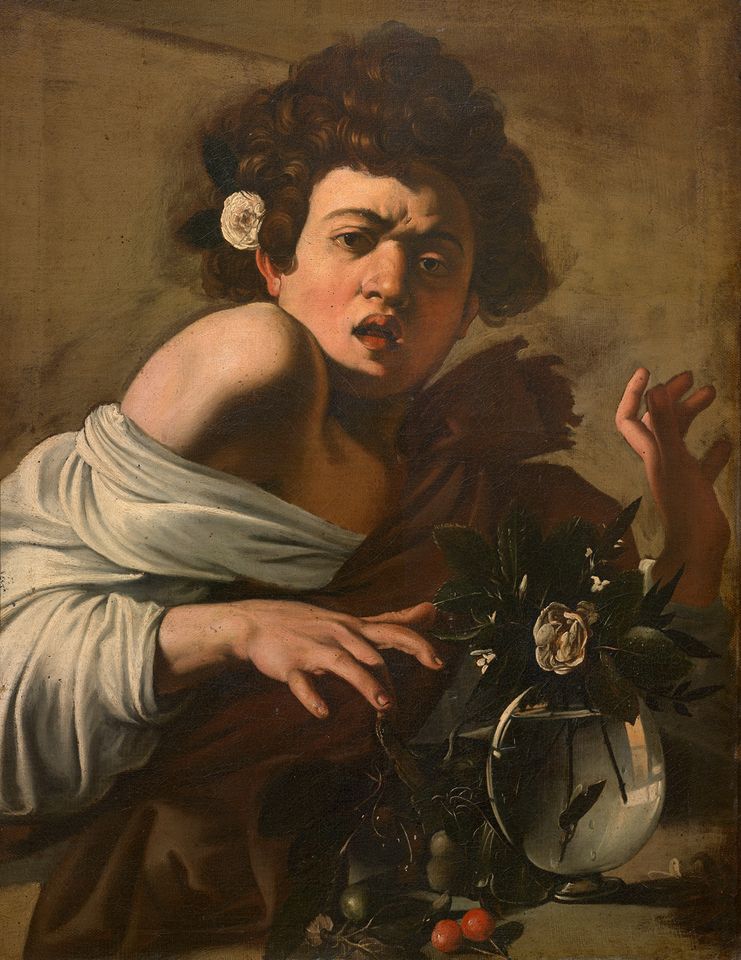 Caravaggio’s popularity is a fairly recent phenomenon. Unlike the public appreciation of Georges de La Tour that was contemporary with the research that brought back the painter from obscurity, Caravaggio’s followed scholarly work on the artist by a much longer time lag. Roberto Longhi’s pioneering study on Caravaggio was published in 1927; the same author’s first edition of his monograph in 1962. Both were followed only later by exhibitions of his paintings. As if to make up for this, the past 40 years have been marked by a seemingly never-ending burgeoning of museum exhibitions devoted to Caravaggio or some aspect of Caravaggism. The scarcity of his paintings, the fact that the artist apparently did not use drawings, and the condition and geographic location of the works make it particularly challenging for museum curators to organise such exhibitions. Playing bravely with a limited pack that they must necessarily reshuffle—a pack including not just paintings by Caravaggio himself, but also by his immensely talented followers and epigones—curators have been conscious to avoid, on the one hand, repeating the same exhibition and, on the other, to present, in every iteration of the subject, innovative and thought-provoking groupings and juxtapositions.

Caravaggio & Bernini: Early Baroque in Rome, on view at Vienna’s Kunsthistorisches Museum (until 19 January 2020) and then at the Rijksmuseum, Amsterdam (14 February-7 June 2020), is the latest of these. It distinguishes itself as the first one to include sculpture besides painting—a welcome and justified paragone, which, surprisingly, has never previously been attempted on such a scale.

There is indeed something slightly gladiatorial and terrifying in the title of the exhibition itself: the names of the two most famous artists of the Baroque juxtaposed like those of two heavyweight champions before the match. Willingly or not, we are invited to compare them. The public might indeed be misled to think that it was only Caravaggio who was the tempestuous artist, the bad boy of painting, and in life the unrepentant murderer (a shoe-in for biography-starved visitors to exhibitions of Baroque paintings; only van Gogh’s self-mutilation and certified madness could guarantee equal success). Of course, this is ignoring Bernini’s own brush with violence and the disfiguration of his mistress. Mercifully, the exhibition does not delve more than necessary into the murkiness of its stars. 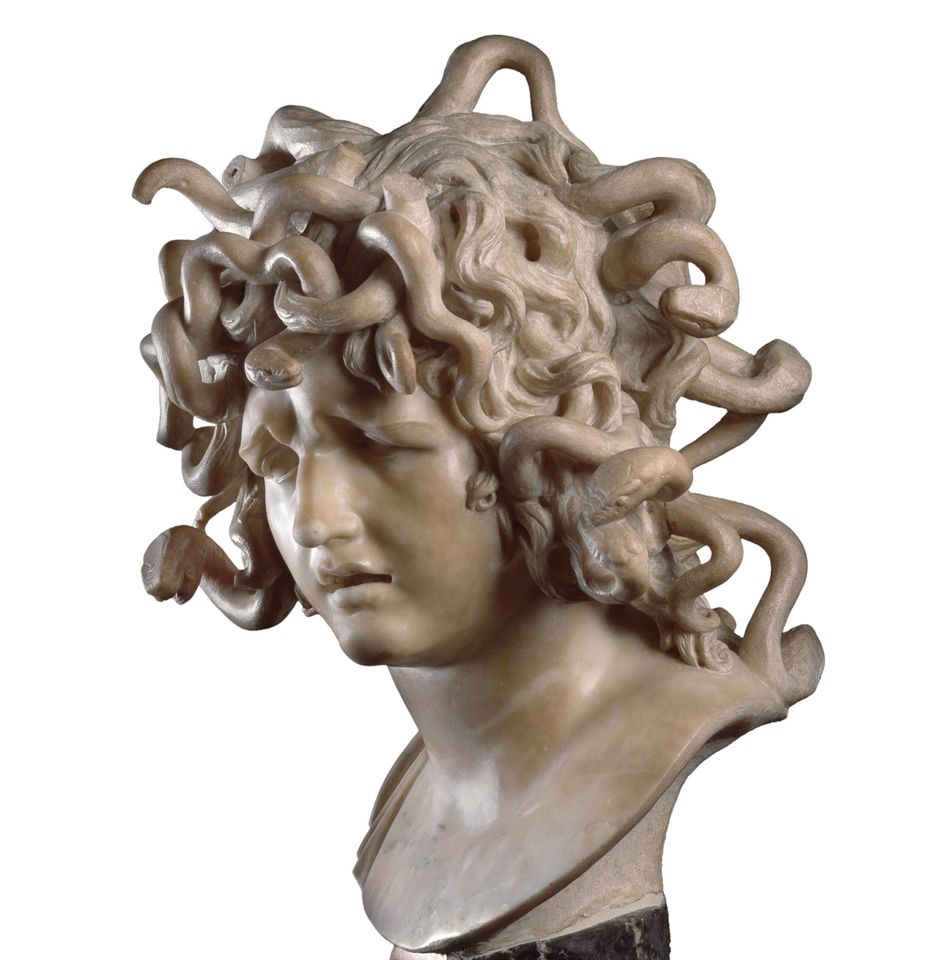 The catalogue is a model of clarity, the brief introductory essays to its various sections are informative and well illustrated. Like the catalogue’s entries, they are written by a group of mostly non-Italian scholars and are clearly intended for a general and educated public rather than for specialists. Discussions on fine points of attribution, or the listing of different versions (which has weighed down many recent publications), are refreshingly absent here, allowing for more substantial and illuminating observations. It is a rare pleasure nowadays to read a catalogue that dares offer such bold interpretation backed up by impeccable argumentation.

Of particular novelty are the essays by Giovanni Careri, “Bernini and Caravaggio, the Body of the Soul”, and Frits Scholten, “Painterly Sculpture”. Both address the aesthetic, spiritual and philosophical relationship between the two artists and, by extension, the subtle affinities between Baroque painting and sculpture. Scholten sees in “the dramatic effect” of Stefano Maderno’s St Cecilia (1600) a pure, white marble rendition of the young martyr set in a black niche and surrounded by coloured marbles, an equivalent to Caravaggio’s chiaroscuro. Bernini, Scholten argues, was also keen on transcribing into stone the fleeting effects traditionally reserved for painting, taking, for example, the “rendition in stone of something as active, ephemeral and colourful as the flames under the gridiron” on which his early St Lawrence lies. If Bernini’s relationship to painting has easily been demonstrated—Scholten illustrates Reni’s Atalanta and Hippomenes (1620-25) as a two-dimensional counterpart to Bernini’s Apollo and Daphne (1622-25)—Caravaggio’s relationship to sculpture is at the same time more evident and harder to explain. It is, above all, the sheer corporeality of his figures that projects them into our three-dimensional world.

Both Careri and Joris van Gastel in their respective essays (the latter’s entitled “Baroque Bodies: Artistic Role Play in 17th-century Rome”) credit the use of the mirror as a tool used by the artist in Caravaggio’s early portraits such as the Boy Bitten by a Lizard (1597-98), not just conveniently to freeze a fleeting expression but to record time and again the effect of an emotion that could not be captured casually on the canvas. Gastel’s suggestion that Caravaggio’s use of mirrors took place over time in what could be compared to a modern “performance”, something the author also links to theatrical events staged in Giuseppe Cesari’s studio, where Caravaggio briefly trained. It is one of the most original and stimulating opinions articulated in the catalogue. To replace the notion of the studio with the image of a “living theatre” alters profoundly our conception of the traditional Baroque studio. It also brings gesture and movement—in other words, sculptural gestures—to the supposed stillness of the painter’s environment.