While its terminology is unsteady, the scholarship and production values of this sequel volume are exceptional 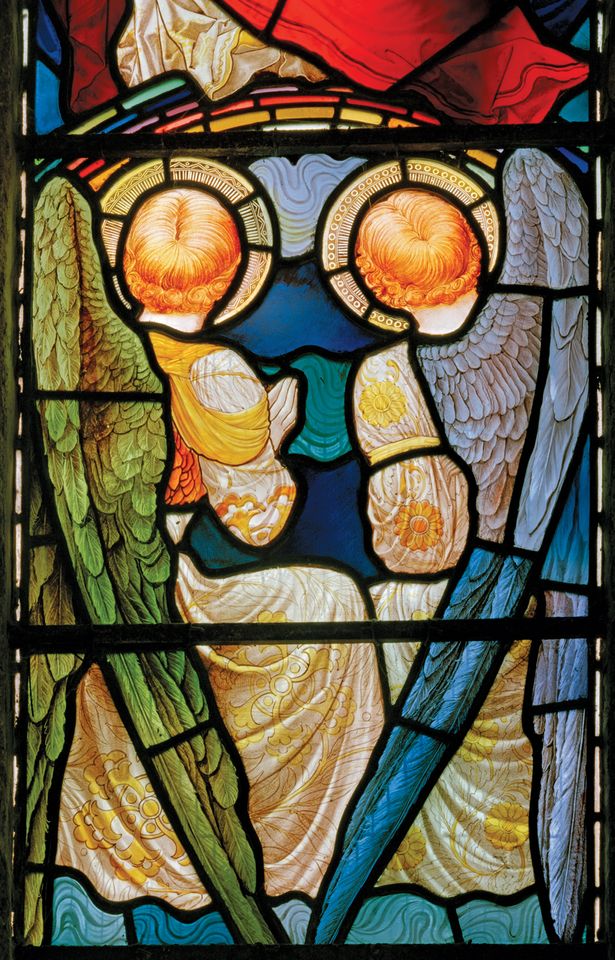 This book is an equally sumptuous sequel and companion to Angels & Icons: Pre-Raphaelite Stained Glass 1850-1870 (2012), adding a further 600 colour plates to the former’s 500. In each, Alastair Carew-Cox’s superb photography illuminates William Waters’s four decades of research into Victorian stained glass, first apparent in his collaboration with the late John Christian on Burne-Jones (1973) and more recently seen in his book Stained Glass from Shrigley & Hunt of Lancaster and London (2003).

In the first volume, Waters brought into focus those firms and their designers who were contemporaries of William Morris but whose work is, quite unfairly, much less appreciated—chief among them Clayton & Bell, Powell & Sons, Lavers & Barraud, and Heaton, Butler & Bayne. Personal contact—J.R. Clayton worked in Rossetti’s studio, while the young Burne-Jones’s earliest designs were for Powell’s—makes the “Pre-Raphaelite” subtitle plausible, although, as in other areas of the applied arts, the designation sits somewhat uncomfortably. Stylistically, many figure subjects and naturalistic details are comparable, but there is no escaping the underlying conventionality of these firms’ windows, evident, for instance, in the architectural and geometric backgrounds, which Morris had abjured early on.

With the term becoming increasingly diluted in the second half of the century, it is more problematic to discern a consistent “Pre-Raphaelite” thread in stained glass design after 1870. Henry Holiday, often included with artists of the original Brotherhood in books and exhibitions, is given a chapter in Damozels and Deities, as are J.W. Brown and Harry Wooldridge (best known as designers for Powell’s), along with the far more individual artists Daniel Cottier and Selwyn Image. Despite his Gothic Revival background, Cottier fits more happily into an Aesthetic Movement milieu: Waters admits, rather puzzlingly, that by the late 1870s he and his partners “were rivals of the Pre-Raphaelite style of Morris”, as if theirs was not, somewhat undermining the overall theme of the book.

Image is one of the artists who also feature in Peter Cormack’s Arts & Crafts Stained Glass (2015), which rightly focuses more on technique and context than on stylistic appearance. Cormack can also be relied on for more accurate detail: to take just one example, in his opening chapter, Waters states that the Grosvenor Gallery winter exhibition of 1881—quite different from the first Arts & Crafts Exhibition Society exhibition at the New Gallery in 1888—“included stained glass”. In fact, as Cormack confirms, stained-glass cartoons were exhibited, which is not the same: this may have reinforced the artistic merit of designers such as Burne-Jones, but did not necessarily “consolidate the new status of the applied arts”, as Waters claims.

Within a huge text there are inevitably a few other errors, including the spelling of Warington Taylor and Edmund Sharpe (correct in the text but wrong in the reference). The association of A.H. Mackmurdo with Ruskin—who offered informal tuition in his Drawing School at Oxford, but did not take “classes”—remains unclear, but there is no evidence that he “travelled to Italy with Ruskin”, and certainly not in 1873, a year in which Ruskin did not leave England. Nothing should detract, however, from the extraordinary amount of research published here, much of it unfamiliar and revealing: the footnotes show a great range of sources, including local newspapers as well as contemporary magazines. The text does not always flow freely in places, with the occasional short and verbless sentence suggesting a transfer of card index material.

Angels & Icons had no index, and one is now provided for both volumes (separated rather than combined, which makes them frustrating to use). Unfortunately, there are many omissions, especially from the later pages of the second volume. One of the last illustrations (Plate 585, of a delightful little Campbell Smith & Co. window in the tiny memorial church of St Gregory, Vale of Lune, Lancaster) is not listed by either location or designer. A comprehensive gazetteer was given in the first volume, but in Damozels & Deities rather oddly there is only one for the Plymouth firm of Fouracre & Watson. Without wanting to stray into the 20th century, the authors are unable to resist including some very late windows (1917-18) by Holiday. Lowndes & Drury, in whose workshop the glass was made, are credited in the captions but do not appear in the index; again, Cormack’s book gives a full account of this crucially important studio.

The glory of both these volumes lies in the work of Carew-Cox, an architectural photographer who specialises in plate camera and digital tilt and shift photography, producing quite extraordinary results in terms of clarity, colour and detail. Without exception, there is a sharpness of image which adds conviction to Waters’s belief that the best stained glass should be regarded as equal to any painting of the period.

In an age of rapacious copyright holders and cautious publishers, such books could only have been produced as a result of personal dedication, and they stand as a tribute to the passion of two dedicated enthusiasts. Carew-Cox and his wife Debra established Seraphim Press for the purpose, and they should be congratulated, along with the charities and individual supporters who have made the project possible.

• Stephen Wildman is the Emeritus Professor of History of Art, Lancaster University