Telling us why and how: a groundbreaking study of Veronese’s techniques and paintings 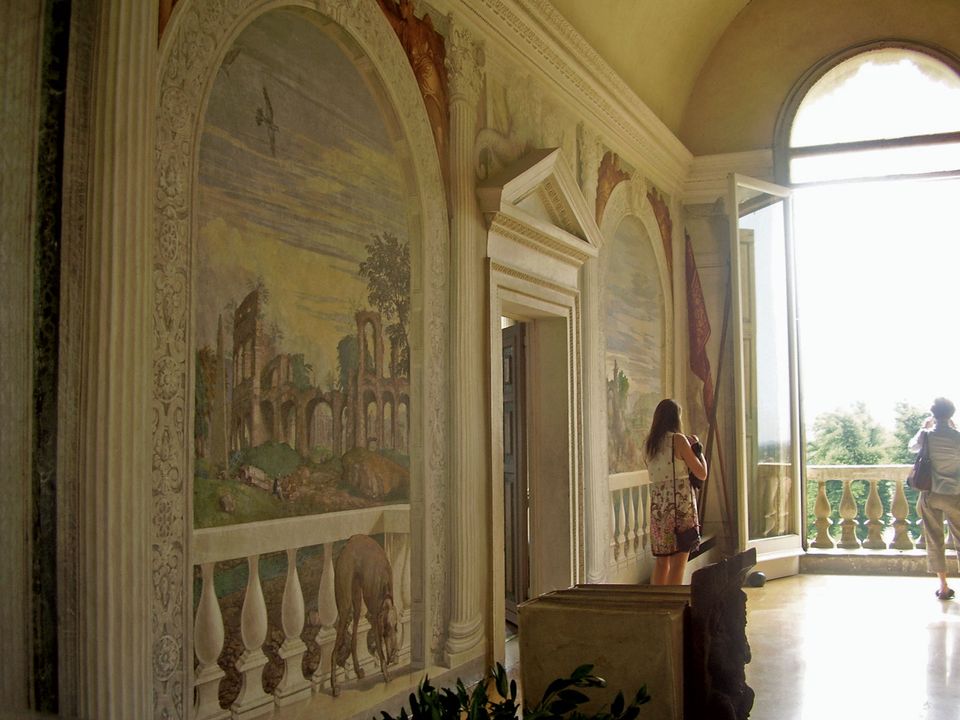 Diana Gisolfi’s book seems to follow a familiar pattern for publications in the field of art history. It is a splendid product of the Yale University Press, clear and precise, laid out in two large columns of text, with some 400 illustrations in lush colours, a comprehensive scholarly apparatus and a great figure–Veronese–in its title. But Gisolfi’s purpose is not to offer another assessment of Veronese as a master of crowds, of colour, or of the grandeur of patrician life. Instead, her aim is to use the artist’s life and work as a means of showing how painters went about their tasks in 16th-century Verona and Venice.

At times this does look like a traditional study. We learn about Veronese’s home parish, his early teachers, his move to Venice, and his many commissions. But these are all means to an end. A section entitled, Methods of Paolo’s Masters, for instance, reveals that figures like Giovanni (or Gianfrancesco) Caroto are of interest mainly because their techniques–the application of layers of pigment, or of highlights into frescoes–will help shape Veronese’s practice. It is not composition or modelling that we explore, but rather such procedures as underdrawing, or the use of spolvero (pouncing). How the artist goes about his work is what matters, and we soon realise that drawings played a fundamental role in the preparation of a painting–a blurring of the traditional view, going back to Michelangelo himself, which suggests that disegno is somehow a rival of colore.

In keeping with her emphasis, Gisolfi moves us through the chronology by assessing how paintings were created. In the 1550s, homage was paid to the dominant figure of Titian and his distinctive layering of oil pigments, but by the 1560s, rising stars, namely Tintoretto and Veronese, were gaining commissions, and we see what they learned from each other and how the two younger men differed. We follow the view of theorists, we confront the now-faded importance of frescoes on palazzo walls, we understand how Veronese prepared for a major commission from the Barbaro brothers and, finally, we watch as he and Palladio collaborate to create the masterpiece that is the Villa Barbaro. By contrast with Zelotti’s work at Villa Emo, one perceives how close Veronese was to Palladio in such details as the balustrade he painted to echo the balustrade that the architect had put in the villa.

The climactic chapters in Gisolfi’s book cover the period from around 1560 to the end of the century. The first includes a quick discussion of Titian’s late works, and then goes on to take a closer look at the contrasts between Veronese and Tintoretto. What is called the “sunny brilliance” of the former is never matched by the latter, whose speed of execution and dramatic brushwork leave no room for the lavish application of pigments that mark Veronese’s oeuvre. However, it is only by paying as much attention to Tintoretto’s techniques at San Rocco as is given to Veronese’s at San Sebastiano, and an emphasis on the importance of long-term patronage, that Gisolfi is able to make a thorough comparison (strikingly apparent in the Doge’s Palace) between the working methods of the two artists. A second chapter then examines the operation of workshops in Venice and discusses the implications for the generation of the Bassanos, Palma Giovane, and various heirs of Veronese and Tintoretto. A last look at Veronese’s final works brings us to a conclusion that summarises the book’s findings.

Gisolfi’s approach could hardly be more different than Salomon’s. Veronese in Murano is a learned catalogue that accompanied an exhibition devoted to two little-seen works by Veronese that have now been beautifully restored. A St Jerome and a St Agatha Visited by St Peter, they come from a chapel in Murano for which, for reasons unknown, Veronese painted the two canvases. As one might expect, they are vivid and elegant paintings, and Salomon gives us a detailed analysis of their location, their content and their achievement. How they were painted (Gisolfi’s subject) is, however, not on his agenda. Questions of pigments, x-rays, or infrared revelations, usually relegated to a final chapter by technicians in major exhibition catalogues, are not raised here, perhaps because they did not seem warranted in so specific a display. One has to wonder whether, in light of Gisolfi’s volume, such subject matter can in future be left aside.

But the obligation is not one-sided. Nowhere in Gisolfi’s book do we find the extended treatment of the story of a painting that Salomon provides for St Agatha. Nor, when we come to the famous Feast in the House of Levi, are we told why its title was changed from The Last Supper, let alone why the topic should have led to the notorious interrogation of Veronese by the Inquisition. It is eye-opening to be told how a picture was painted, but it is no less important to be told why. Patrons and contracts may point the way, but in the end we also need to know about subject matter, meaning and even symbolic intent.

Salomon dwells on these last matters, giving us the context in which Veronese worked. What one has to wonder is whether issues such as the nature of faith in the 16th century loomed larger in the “practice of painting” than Gisolfi credits. It is true that her focus on technique amounts to an important advance in the purposes of art history, but the next step must surely be an integration of her concerns with those of traditional scholarship. Alongside the glazes and the pigments must come the aesthetic and moral interpretations that have marked the subject since at least the time of Vasari.

• Theodore K. Rabb is the emeritus professor of history at Princeton University. A specialist in Early Modern Europe, he is a frequent contributor to The Art Newspaper and the Times Literary Supplement. His book Why Does Michelangelo Matter? will be published by Sposs Books in February 2018

Appeared in The Art Newspaper, 301 May 2018
More ReviewTopicsReviewItalyVenice Frick CollectionRenaissanceVeronese