Thinking with pictures: how images were used for philosophical thinking in the Early Modern period 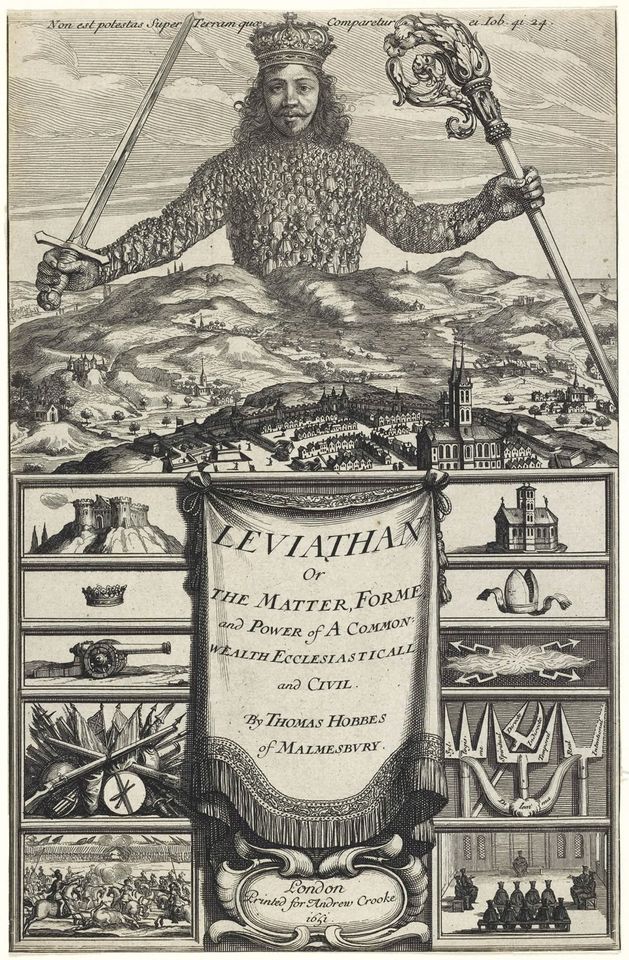 The title-page of Hobbe’s Leviathan (London: Andrew Cooke, 1651). The various symbols serve as an aide-memoir to Hobbes’s ideas about the nature of civil and ecclesiastical authority British Museum; Art of Power © Verlagsgruppe Random House GmbH, Muenchen

Enormous prints of fortresses, landscapes and gardens, geometrically structured, densely populated with people engaged in all kinds of activities, and filled with Latin text in tiny script: the prints produced by Martin Meurisse (1584-1644), Franciscan professor of philosophy at the Grand Couvent des Cordeliers in Paris, together with the engraver Léonard Gaultier between 1614 and 1618, are fascinating to look at even if you know nothing about them.

According to Susanna Berger, the viewing and creation of this imagery functioned as instruments of philosophical thought and teaching. But she also argues that from the moment these images were conceived, there were also lingering doubts about their role in the creation and transmission of philosophical theories. Although similar arguments have been convincingly made about epistemic images produced in the context of Early Modern natural philosophy over the past decades, the role of imagery in the transmission of scholastic Aristotelian philosophy that Berger deservedly brings to our attention has long been overlooked.

Berger’s book builds on a number of central ideas, such as the hierarchy of media, and the changing role of allegory in art and pedagogy of the Early Modern period. Her main focus is on Meurisse’s “thesis print”—a broadside that illustrated the theses or propositions to be discussed at oral examinations in word and image—and the printed and drawn imagery in student lecture notebooks from Paris and Leuven connected to these prints. These materials are supplemented by a rich collection of imagery from alba amicorum (academic friendship albums), printed books and broadsides. Central to the book are the ideas of “visual commentaries” and “plural images”. The former are didactic images that combine pictorial elements and text that were used to organise, transmit and enrich, rather than summarise, philosophical ideas. Berger convincingly argues that the latter, which she opposes to homogeneous tableaux, were produced much longer in the context of philosophical thought and instruction than in other realms.

The author suggests that visual representations succeeded and failed as instruments of knowledge, taking a 1725 (unillustrated) dissertation by Siegmund Jacob Apin (1693-1732), the rector of the Aegidean school in Brunswick, as her starting point. Apin owned a collection of engravings, woodcuts and illustrated books that appears to have functioned as a paper cabinet of curiosities, and which he partly described and discussed in his dissertation. Berger analyses a number of examples of visual commentaries from his work, and presents Apin’s problems with philosophical images as indicative of the reception of such imagery in the early 18th century. The examples are riveting, yet it remains unclear how representative Apin’s work was for the history of this category of imagery, and why these specific cases were selected from Apin’s much larger collection.

The central chapters of the book are a rich and fascinating study of what can rightly be called the art of philosophy. Berger takes the reader on a comparative journey through Meurisse’s prints, persuasively demonstrating how their similar formats were combined with various iconographies and theoretical scopes to take the learner along a particular path to help him memorise Aristotelian logic, physics and metaphysics. We are introduced to the printed and drawn imagery in 17th- and 18th-century student notebooks from Paris and Leuven, where philosophy was the fundamental introduction to all other academic study. It was taught using texts, thesis prints and other imagery, which found their way into student notebooks in the form of prints or bound in between notes, and drawings often based on or referring to them. The identification of diverse functions of the drawings and prints gives insight into the wide variety of visual mnemonics that students used, and makes for compelling reading. Subsequently, the scope is widened to themes such as the use of particular spatial constructs and visual commentaries in sources such as logic notebooks and alba amicorum of the period. This cogently shows how widely spread and essential visual representations were in the teaching of Aristotelian philosophy.

Berger also makes a more general argument about the connection between the generation of art and philosophical understanding by linking her material to an analysis of the frontispiece of Hobbes’s 1651 Leviathan. Although this work was produced in Paris in roughly the same period as the predominantly academic French and south-Netherlandish sources that are the focus of this work, it was intended to be sold in the very specific and very different political and religious context of London, which is somewhat confusing.

The beautiful reproductions combined with Berger’s meticulous transcriptions and her clear and lively analyses make for a fascinating read. Thanks to her original research, an audience ranging from scholars to those with a general interest in Early Modern art and intellectual history can now access and understand this rich collection of very rare images and documents, which remained unseen for so long.

• Marieke M.A. Hendriksen is a historian of art and science who studied at the Max Planck Institute for the History of Science in Berlin, the Wellcome Trust and the Chemical Heritage Foundation, and is currently a postdoctoral researcher at Utrecht University. She currently researches changing techniques and the transmission of technical skills in Early Modern art and science. She is the author of Elegant Anatomy (2015)

Susanna Berger, The Art of Philosophy: Visual Thinking in Europe from the Late Renaissance to the Early Enlightenment, Princeton University Press, 352pp, £54.95, $65 (hb)