From Michael Rakowitz’s recreations of bombed artefacts at the Whitechapel Gallery, to Faith Ringgold’s story quilts at the Serpentine Gallery 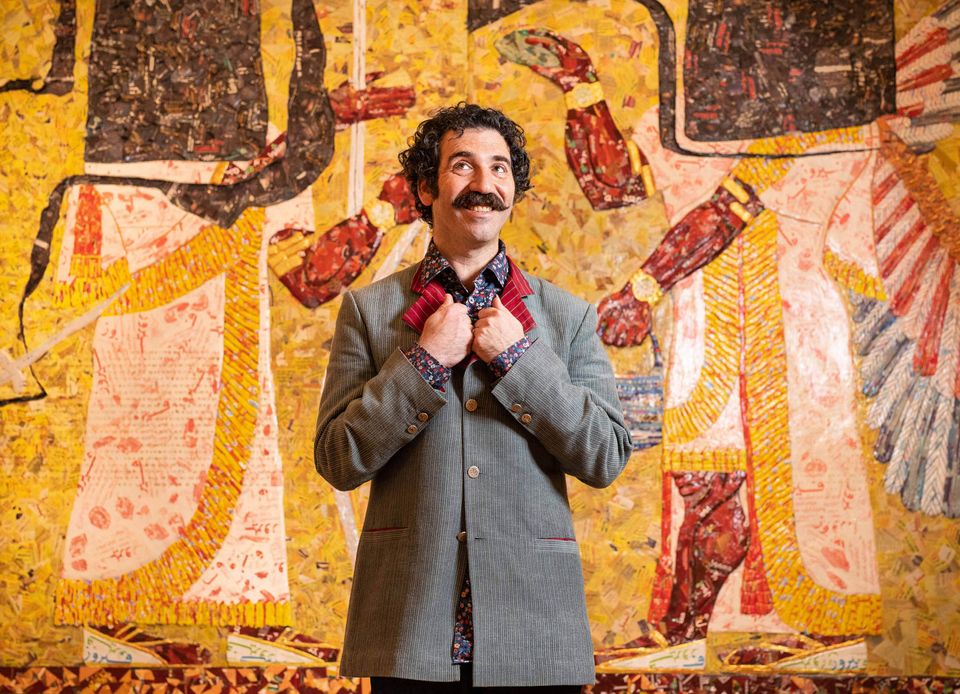 The Chicago-based polymath Michael Rakowitz brings his own brand of brainy art to London, presenting a series of recent projects in a survey at the Whitechapel Gallery (until 25 August; tickets £12.95, concessions available). The US-Iraqi artist, whose Assyrian winged bull currently stands atop the Fourth Plinth in London’s Trafalgar, makes connections between disparate subjects, linking for instance The Beatles splitting in 1970 with the collapse of Pan-Arabism (unity among Arab countries) in the multi-media work The Breakup (2010-present). Other highlights include a series of books reconstructed in stone from the site of the destroyed Bamiyan Buddhas in Afghanistan (the original publications were destroyed during a bombing by the British Royal Air Force on the State Library of Hesse-Kassel in September 1941). Rakowitz also puts his own spin on a room destroyed by Isis in 2015 in the Northwest Palace in Nimrud, re-creating lost murals using packaging from Middle Eastern foods.

In the same week that President Donald Trump came to the United Kingdom on an official state visit, another US dignitary graced our shores. At the age of 88, the influential artist, activist and educator Faith Ringgold gets her first solo show in a European institution at the Serpentine Gallery (until 8 September; free). The show includes paintings, story quilts and political works created in the past 50 years, reflecting Harlem-born Ringgold’s deep-seated commitment to eradicating inequality. Visitors first see American People #19: US Postage Stamp Commemorating the Advent of Black Power (1967), a mammoth piece comprising 100 portraits, with ten black faces representing the powerful, oppressed minority amongst the Caucasian mass. Ringgold’s quilts alone, including Mothers Quilt (1983), are worth seeing. These works have personal resonance: the artist’s great-great grandmother Susie Shannon was born into slavery and made to sew quilts for plantation owners.

Victoria Miro has organised the first solo presentation of the US artist Howardena Pindell (until 27 July; free) in the UK, spanning a series of pointillist-like spray paintings from the early 1970s and recent mixed-media works. Pindell joined the Museum of Modern Art’s prints and illustrated books department in 1967, marking the museum’s first appointment of an African-American woman to its curatorial staff. While working full-time at the museum, the artist became a founding member of the female cooperative AIR Gallery in 1972, where she showed some of her best-known paintings and video installations dealing with racial politics and feminism, including some of the works on view in the exhibition. The abstract paintings, and the artist’s wall-mounted three-dimensional collages, which are made from various ruptured paper circles, reference a childhood memory where her family was served beverages in mugs marked with red circles, a common derogation for African-Americans during segregation.