Venice Biennale 2019: the must-see pavilions in the Arsenale

The former shipyards house many of the star national displays this year, here are some of the best 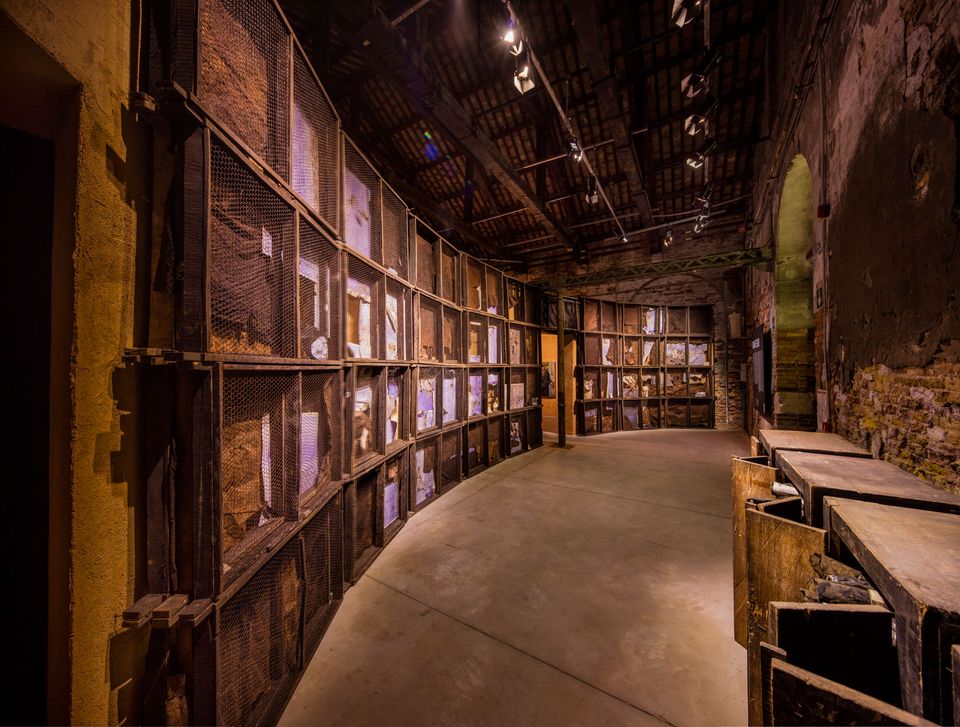 Ibrahim Mahama's A Straight Line Through the Carcass of History 1649 (2016–19) made of smoked fish mesh is on show in the Ghana pavilion Courtesy the artist and White Cube. Photo: David Levene

Ghana’s first national pavilion is a triumph—and there is a palpable sense of pride as you enter its welcoming spaces. It began as a conversation between the curator Nan Oforiatta Ayim and the architect David Adjaye, with the late and much lamented curator Okwui Enwezor as the strategic advisor and presiding spirit. After what Adjaye describes as a “herculean effort”, it came into being. The mud structure, which is inspired by West-African buildings, is made out of soil shipped from Ghana. It smells of Ghana and gives the pavilion its grounded quality. Its elliptical, interlocking forms give each of the featured artists, all of Ghanaian descent, an individual space, while also setting up links between them. And what a line-up it is: El Anatsui and Ibrahim Mahama contributing large-scale installations; portraits by Ghana’s first known female photographer Felicia Abbas and the painter Lynette Yiadom-Boakye; the heavyweight filmmaker John Akomfrah with a newly commissioned three-channel film installation; and film-sculpture from Selasi Awusi Sosu—enjoying her first outing in the international arena.

The title is a reference to the song composed by E.T. Mensa on the eve of the country’s independence in 1957; Ghana became the first sub-Saharan country to free itself from colonial rule. There is struggle and growth as the consequences of freedom unfold: loss, wanton destruction and restitution; elements of movement and diaspora. In Anatsui’s hands, waste is transformed into something precious (Earth Shedding its Skin is made of bottle caps and copper wires), while Akomfrah's film The Elephant in the Room, vividly brings all these themes together. The juxtaposition of Abbas’s early self-portraits and Yiadom-Boyake’s imaginary portraits of people who do not exist reveals the curator's idea that perhaps "the ultimate freedom is the freedom of the imagination". 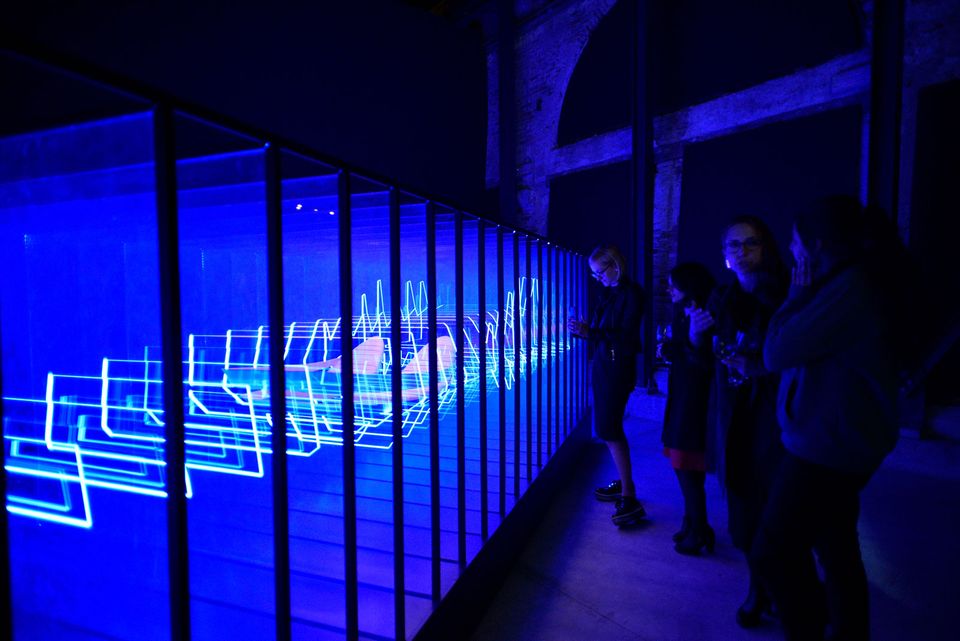 Building upon the climate change theme that is evident throughout the Biennale this year, Slovenia's futuristic presentation proposes a very flashy way to leave Earth once it becomes uninhabitable. Marko Peljhan, a professor at University of California Santa Barbara and a board member of Slovenia's Space Science centre, has created a "hypersonic vehicle"—a space ship that travels faster than the speed of sound— made of neon and plexiglass. The piece alludes to the hypersonic arms race between the super powers Russia, China and the US that is currently making headlines, acting as a warning that the Cold War may be upon us once again. But there is no indication of a destination, and the question remains whether humans can physically withstand such speeds. So the work remains a utopian one; let us stay put and make life sustainable where we are. 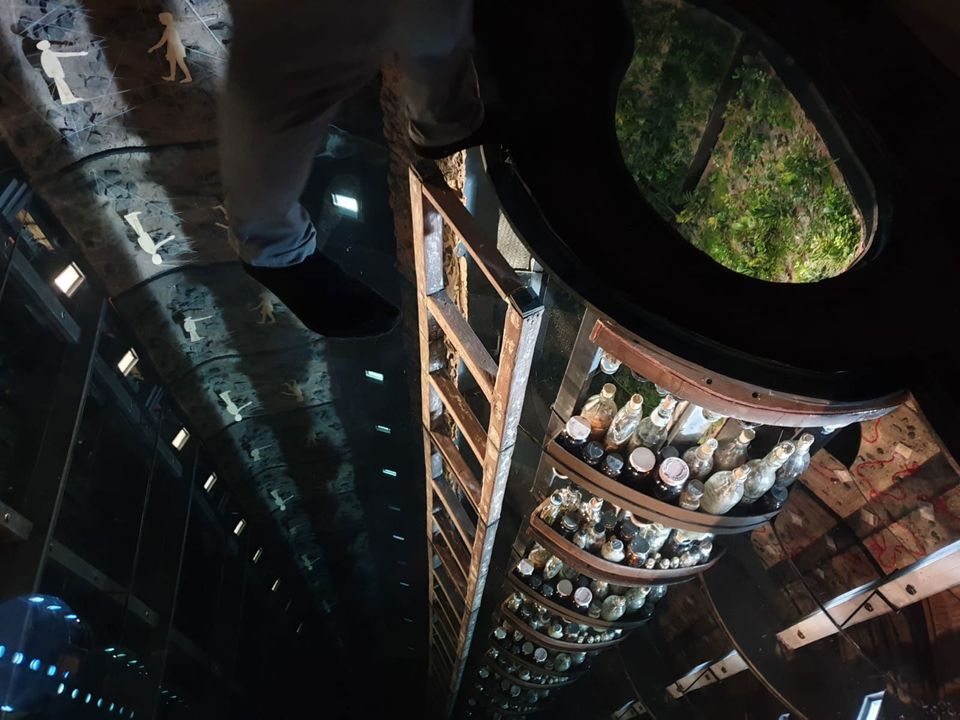 Entering the darkness of the Philippine pavilion, it looks at first glance like the artist Mark Justiniani has been burrowing through the floor to excavate the centuries-old foundations of the Artigliere building. As your eyes adjust, you realise that the tunnel of crumbling masonry is just one element of a bigger illusion. The installation Arkipelago (2019), inspired by the hybrid histories of the island nation, consists of three glass-topped biomorphic platforms, or islands, which harness the same infinity mirror technique used by Yayoi Kusama and Ivan Navarro. In place of their twinkling coloured lights, Justiniani’s work has a creepier doll’s (fun)house aesthetic, with plunging recessions of household objects—paper stacks, suspended apple cores, wine glasses and a modest meal on a banana leaf. For the full vertigo experience, take your shoes off, walk across the glass and do look down. 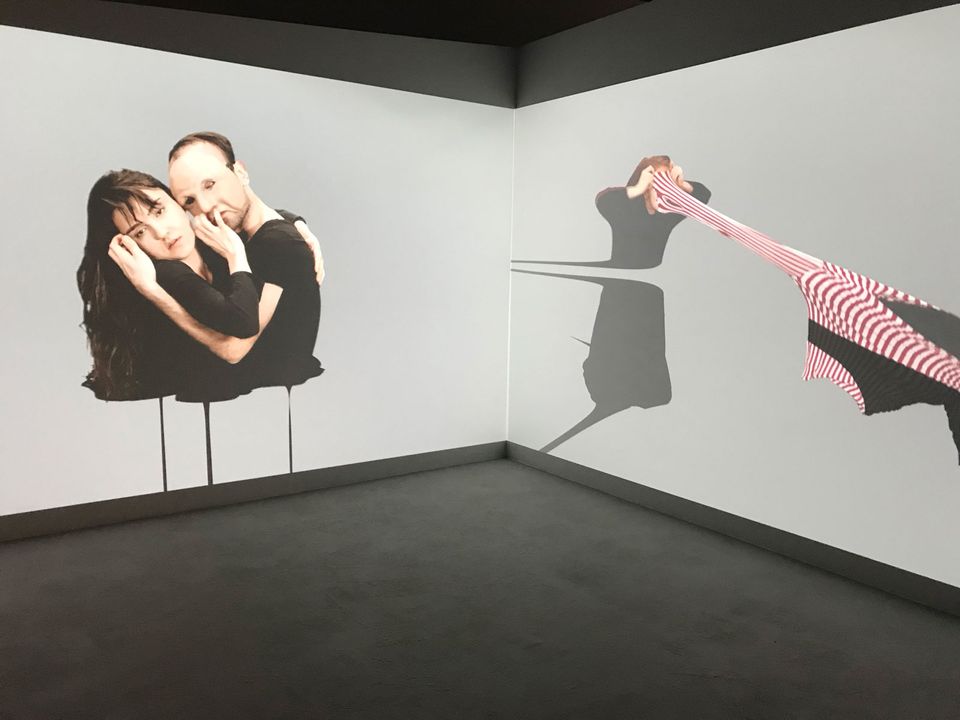 Inci Eviner's We, Elsewhere in the Turkish Pavilion © The Art Newspaper

What’s the Turkish for gesamtkunstwerk? Perhaps a new term should be coined for İnci Eviner’s large sloping platform/stage that houses, hides and highlights multiple elements, from film projections and sound coming from grates in the floor, to drawings, steel railings, chopped chairs and a bed seemingly torn in half. There is even a cheetah-print rug hidden under the platform, but you will have to crouch down to see that. What does it all mean? The label reveals little—“collective displacement” is as close as it gets to shedding light on the matter—while Eviner’s own statement does not give much more away either. But who cares when the installation is such a hoot, forcing visitors to step up, step down, look this way, crane their necks another way and actively engage with the piece, which at times feels like wandering through the mechanics and inner workings of an eccentric’s hyperactive mind. 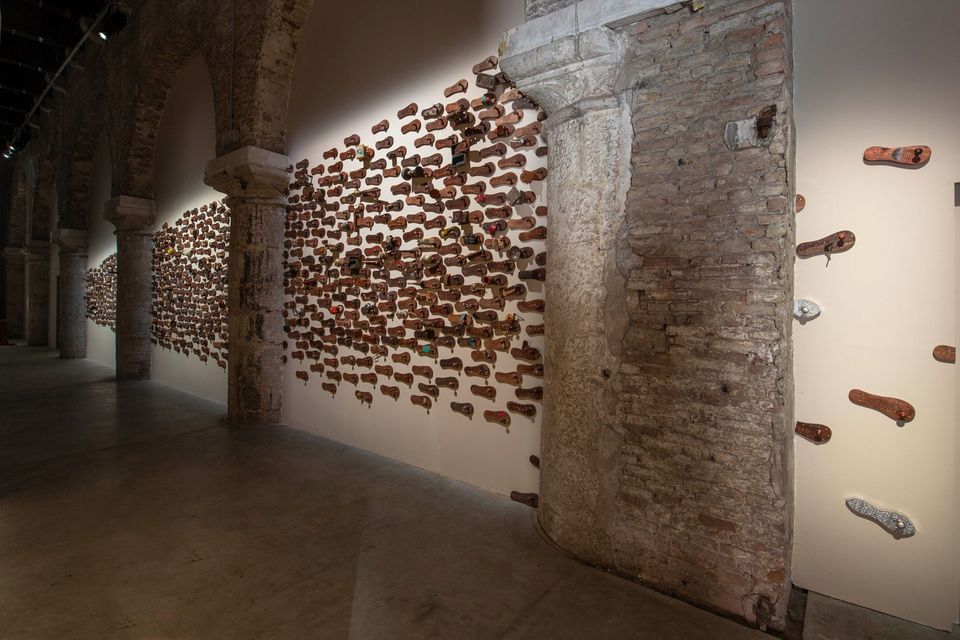 GR Iranna's Naavu (We Together, 2012) refers to Ghandi's use of wooden shoes Courtesy of the artist.

Mahatma Gandhi, perhaps the most famous Indian of all time, forms the central theme to the group exhibition at the India Pavilion. In Broken Branches (2002), Atul Dodiya has recreated the old wooden cabinets found in the Gandhi museum in Porbandar, filling them with prosthetics, books, tools and weaving in personal items, while GR Iranna has covered one of the walls with hundreds of wooden padukas for his work Naavu (We Together) (2012), which refers to Gandhi’s choice of wood slippers—he rejected leather—and the power of collective marching. Jitish Kallat is showing Covering Letter (2012), a screen of mist—which seems to be in vogue at this year’s Biennial—onto which is projected a letter that Gandhi sent to Adolf Hitler in July 1939 urging him to resist “reducing humanity to a savage state”. The theme marks the 150th anniversary of the birth of the Indian independence leader—and sometime controversial character—and also sees a return for the Indian Pavilion after an eight-year hiatus. 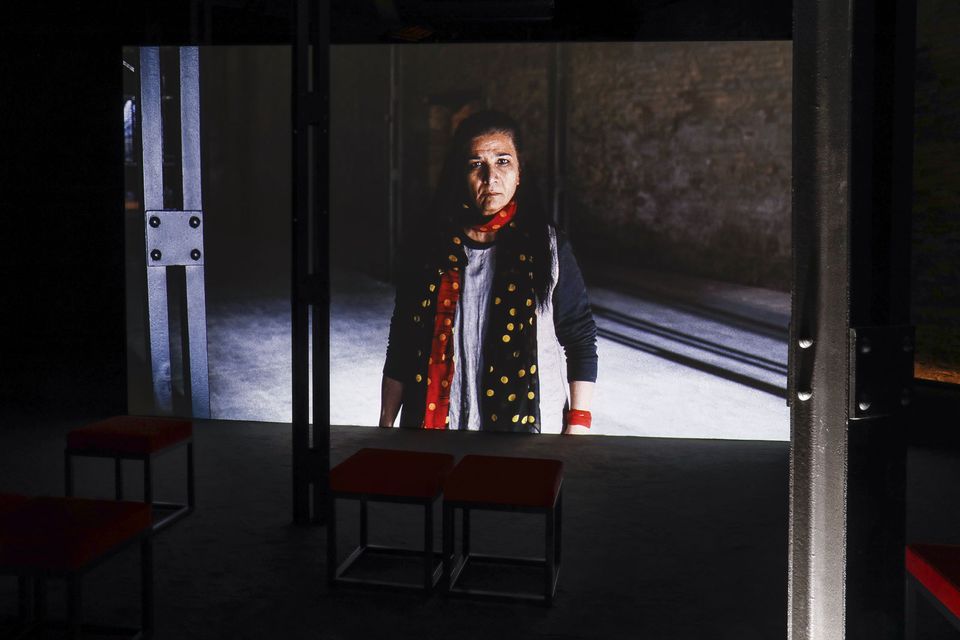 The poet and filmmaker Nujoom Alghanem presents two sides to the same story in her astonishing video installation Passage curated by Sam Bardaouil and Till Fellrath. Alghanem’s 2009 poem, The Passerby Collects the Moonlight, is a point of departure for the film comprising two different narratives played out on different sides of the same screen, one fictional and the other real. The fabricated version follows Falak, a displaced woman on a tortuous journey of discovery. The authentic tale charts the development of Alghanem and Amal, a Syrian actress, as they create the film for the UAE pavilion (the same woman plays Falak). The combination of poignant spoken verse, the searing depiction of a woman on the edge and astounding soundtrack make this a Biennale masterpiece.

• For all our coverage of the 58th edition of the Venice Biennale, click here