‘Everything refers to everything else’: Vienna exhibitions explore Raphael's and Rubens's practices By sheer coincidence (or providence, as the artists themselves would have believed), two large, monographic Old Master exhibitions in Vienna have been organised with very similar aims: to probe the artistic practices that resulted in unique, instantly recognisable painted works. The two artists, separated from each other by a century, might not at first seem comparable, but the investigations by the curatorial teams have revealed a great deal about the artists’ analogous thinking and working methods.

Raphael at the Albertina (until 7 January 2018), in a new version of the show that premiered earlier this year at the Ashmolean Museum, Oxford, runs simultaneously with Rubens: the Power of Transformation at the Kunsthistorisches Museum (until 21 January 2018, then at the Städel, Frankfurt, 8 February-21 May 2018).

The Raphael show, with 130 drawings and 18 paintings arranged chronologically, places the artist’s visual thinking and conceptual processes to the fore, using works to trace Raphael’s development from primo pensiero to completed paintings (the Oxford version was of drawings only), a survey of the artist’s entire career. 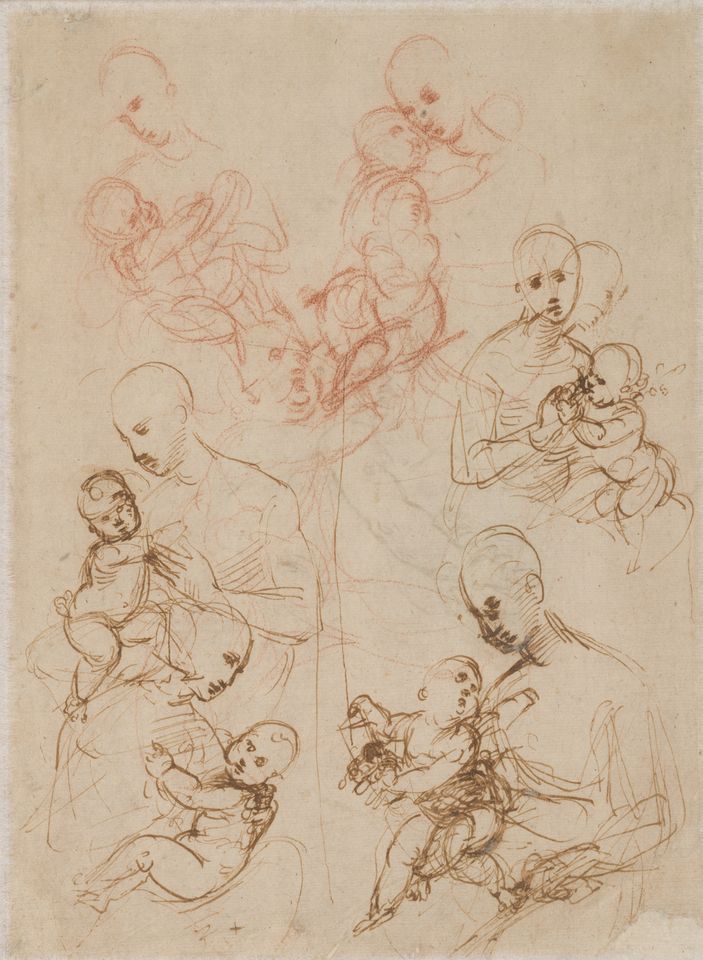 The Rubens show, with 127 paintings and works in other media organised in thematic sections, exposes the artist’s sources—drawings, prints and paintings by contemporary and Renaissance artists, and sculpture by ancient as well as Renaissance artists—and the ways in which Rubens, in his own drawings, oil sketches, modelli, cartoons and finished paintings, mastered, absorbed and completely transformed his store. The curators of the exhibition—Gerlinde Gruber, one of the museum’s curators; Stefan Weppelmann, the director of the museum’s Picture Gallery (Gemäldegalerie); and Jochen Sander, a curator at the Städel—have not shied away from using plaster casts for some of the sculptural examples.

One of the first things that struck me was that both artists developed as a result of travel and exposure to new art. Raphael’s career can stylistically be blocked out in three basic geographical moves and their attendant artistic progressions: Urbino/Siena/Perugia (1483-1504), where he was born and formed by his father, Giovanni Santi, then Pinturicchio and, above all, Perugino; Florence (1504-08), where works by Donatello, Fra Bartolomeo, Michelangelo and most notably Leonardo fed his imagination; and finally Rome (1508-20), the repository par excellence of classical sculpture combined with all his previous resources and an entirely greater range of responsibilities to produce his mature style (if one can so speak of an artist who died so young). By his death, Raphael was effectively the régisseur of Rome.

Rubens’s work develops in a similar network of travel, exposure and appropriation. Rubens lived in Antwerp from the age of 10 and, following his education at a grammar school and a spell as a court page, he became, at the age of 15, a pupil of local artists Tobias Verhaecht, Adam van Noort and Otto van Veen. Between 1600 and 1608 he travelled to Italy—to Venice, the court of the Duke of Mantua, as well as a lengthy stay in Rome. This is perhaps the most fecund period of his career in terms of influences: at each stage he studied the works of Titian, Veronese, Tintoretto, Elsheimer, Michelangelo, Raphael, Giulio Romano, Caravaggio and Annibale Carracci, not to mention the most highly regarded works of ancient sculpture.

As examples of the last, the exhibition includes the Crouching Venus (on loan from Naples), the Belvedere Torso (from the Vatican), the Louvre’s Centaur tamed by Cupid, and plaster casts of the Laocoön (Museum für Abgüsse Klassischer Bildwerke, Munich), the Gaddi Torso (Antikensammlungen und Glyptothek, Munich) and a 16th-century Florentine bronze of the Farnese Hercules, believed to have belonged to Rubens. Volumes of the Corpus Rubenianum Ludwig Burchard bear witness to Rubens’s indefatigable study of others’ works of art. 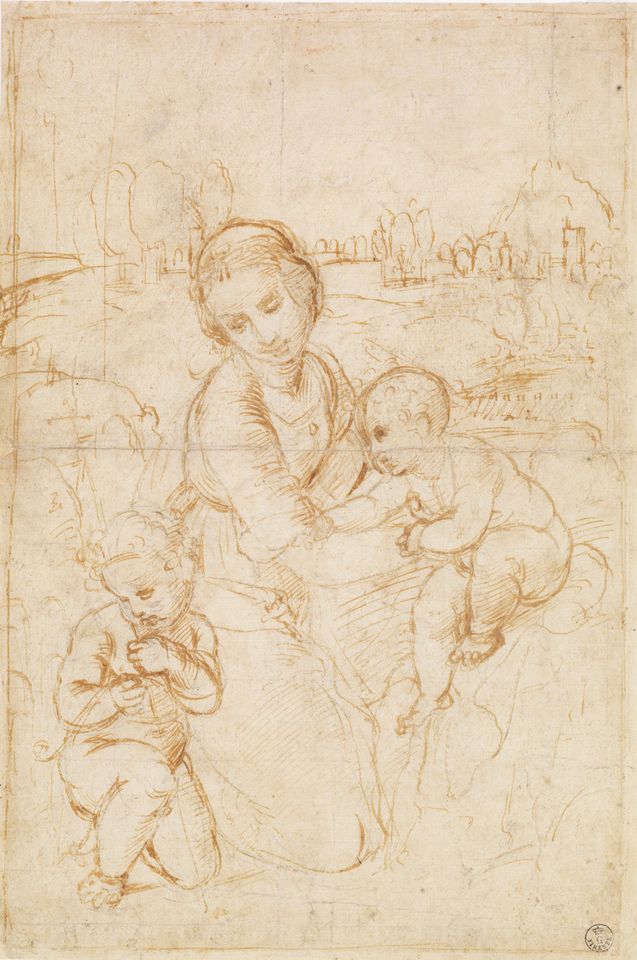 On the death of his mother in 1608, Rubens returned to Antwerp, which remained his home until his death in 1640. He undertook two diplomatic missions: to Spain (1628) and to England (1629-30), where he received a knighthood. Like Raphael, although perhaps on not so steep an ascent, his career had risen to the highest status one not nobly born could have reached.

Grosso Modo, the Albertina Raphael exhibition, is more concerned to explicate “from within”, as it were, Raphael’s artistic trajectory from Urbino to Rome, while the KHM Rubens asks us to look closely at the artist’s use of sources and his elaborations of them. Achim Gnann, the Albertina’s curator, explains and illustrates Raphael’s process, starting with a quickly drawn first draft (primo pensiero—most often in pen and ink), followed by studies of figures or groups, then a general compositional study (Gesamtentwürf), then nude studies of individual figures, then the modello (chalk), the cartoon and the finished painting or fresco.

Along the way, many examples of various stages from drawings to painting are given. There are sections devoted to the Young Raphael (1500-04), Florence (1504), then the Roman years, divided into drawings for (and colour photographs of) the Segnatura Stanza, the works for Agostino Chigi, the Vatican Loggie, the Farnesina, the Eliodoro and the Incendio Stanze, the Farnesina Cupid and Psyche, the Transfiguration and the Sala di Costantino.

Perhaps Raphael’s Madonnas might act as pars pro toto. These are shown in two sections, one comprising works dated to Florence and the other of works dated to Rome. What is so intriguing about these paintings is the fact that the simple and repeated compositional strategy (Leonardian triangles) reveals, on closer inspection, a huge complexity of figural, postural, light-and-shade and detail variation. The Madonnas might be compared to Bach’s Goldberg or Beethoven’s Diabelli Variations: a single theme undergoes stylistic, structural, emotional and tonal changes, each unique, but none ever entirely losing sight of its origin.

Raphael’s Madonna drawings illuminate the underlying developments, and sheet after sheet on view shows Raphael working out all the possibilities [Figure 1]. For example, the Esterhazy Madonna on loan from Budapest [2] is juxtaposed with a preliminary drawing from the Uffizi [3] (interestingly pricked for transfer, but not for the Esterhazy painting, a fact indicative of Raphael’s combinatorial and cumulative approach), which reveals Raphael’s mind at work, from drawing to painting: the children are more closely attached to the Virgin, whose dress is differently arranged, the landscape is expanded and rendered in greater detail, the connection of the figures is made closer by the sight-lines. The painting is more monumental than is discernible in the draft. The changes are often subtle, but significant, and the variety is enormous. The emotional range is wide.

The catalogue (in English, Hirmer Verlag, €49.90, hardback) clearly explains the adaptations in each case. As well as these case studies, the exhibition includes (as it did in Oxford) some discrete drawings of heads and hands unrelated to later projects, examples perhaps of drawing for its own sake.

The names Tobias Stimmer, Barthel Beham, Hendrick Goltzius, Bartolomeo Passarotti, Jacob de Bie, Willem Danielz van Tetrode and Virgil Solis are probably known only to specialist art historians, and in their own day only to connoisseurs. Yet, as the KHM Rubens show demonstrates so strikingly, Rubens quarried aspects of their works as creatively as of those of acknowledged masters. 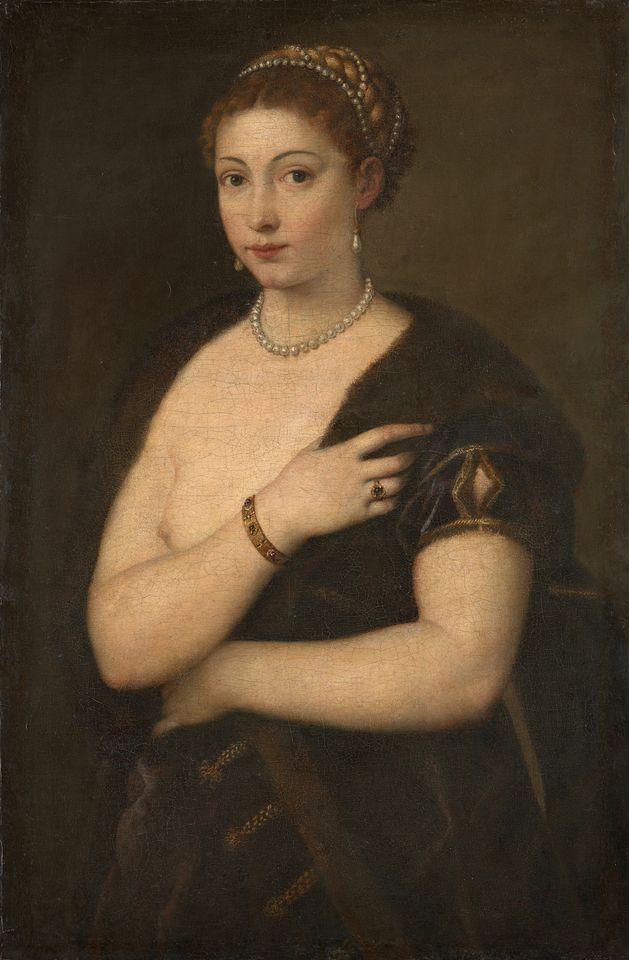 Fig 5. Titian’s Woman in a Fur Coat (around 1535) KHM-Museumsverband

Grouped in six thematic sections—Replication and Invention, The Beauty of the Nude, The Goddess of Love, The Art of the Overwhelming, Baroque Passion, and Man and Nature—the exhibition cogently lays out the manifold ways in which Rubens analysed, transforming the images he had accumulated and reconfigured—”invented”—in his unique style others’ visual realisations.

Some allusions are more evident than others. His portrait of Helena Fourment (Het Pelsken, 1636-38) [4] easily recalls Titian’s Woman in a Fur Coat (around 1535) [5] and both refer to the Venus de’ Medici [6]—the profile head of which serves as a model for the face of the Virgin in the 1609 Annunciation [7]. Some now seem very heavy-handed, such as his literally cutting and pasting together three drawings to make a study of two naked men (around 1615). Others require subtle detective work, such as Rubens’s drawing (around 1601-02, on the verso of a study for a Virgin Adored by Saints) of the back—how many artists studied that?—of the Belvedere Torso.

Years later Rubens recalled this drawing to paint the back of the god of the Nile in The Four Rivers of Paradise (around 1615). Rubens’s visions and revisions of the Judgement of Paris (National Gallery, London, Akademie der Bildenden Künste, Vienna, with two from the Prado, Madrid) are shown alongside prints of the same subject by, or figures from, prints by Gian Giacomo Caraglio and Marcantonio Raimondi, paintings by Otto van Veen and Hans Rottenhammer, and a sculpture of Luna by Johann Gregor van der Schardt. All these testify to a restless mind, open to multiple possibilities, that not only reacts to prompts but turns them into something other.

Having said this, the exhibition is not a series of footnotes—citations of Rubens’s sources. It is, as the title makes clear, about Rubens’s power of transformation. This is undoubtedly easier to see than it is to explain in the confines of this article. (The 312-page English-language catalogue is published by Hirmer, £45, paperback.) As Stefan Weppelmann points out: “Everything refers to everything else.” That is, sometimes serially and sometimes simultaneously, Rubens uses and transforms the works of others and uses and transforms his own works. 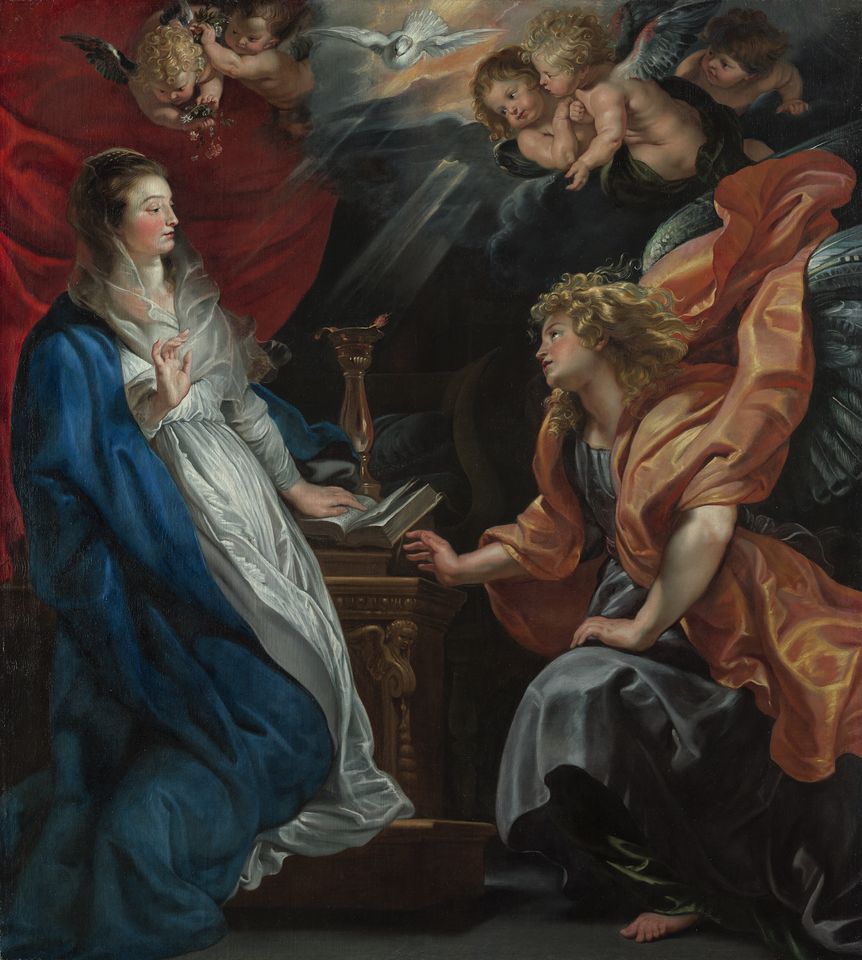 Furthermore, it notes his capacity to fit in with the requirements of any of his patrons, from grand tapestries series and outsized altarpieces to small portraits. He could turn his hand to almost any enterprise. It is unlikely there will be another Rubens exhibition of this quality and quantity—an embarras de richesse—for a generation.

• Donald Lee is the Literary Editor of The Art Newspaper