"Italy, I love you. And my heart is with you." These were the moving words from the leading performance artist Marina Abramovic in a video message about coronavirus (Covid-19). She added that "the Italian people are showing great courage, great feeling for community and humanity" as she held her hand to her heart in a symbol of support. The video was posted as part of the Palazzo Strozzi's new digital project In Touch, which is offering additional online content for users while the Florence museum is closed due to the pandemic.

Abramovic was also keen to ruminate on a post-coronavirus world. "From the disasters we have to learn a lesson," she says. "What is really left is a very valuable experience that human consciousness should change, our approach to our world and our planet should change."

Italy has played a significant role in Abramovic’s life and art. Many of the artist's early performances in the 1970s took place in Italy and were received with international acclaim. Rhythm 0 (1974) was a six-hour work at Studio Morra in Naples where Abramovic stood still while the audience was allowed to do anything they wanted to her using one of 72 objects on a table, including a loaded gun. In 1977, she performed the work Imponderabilia with her then-partner Ulay where they both stood naked at the entrance of the Galleria Comunale d'Arte Moderna in Bologna, forcing visitors to squeeze past them to enter. In 2018, Palazzo Strozzi presented Italy’s first retrospective devoted to Abramovic's work, emphasising the way that Italy had influenced the artist. 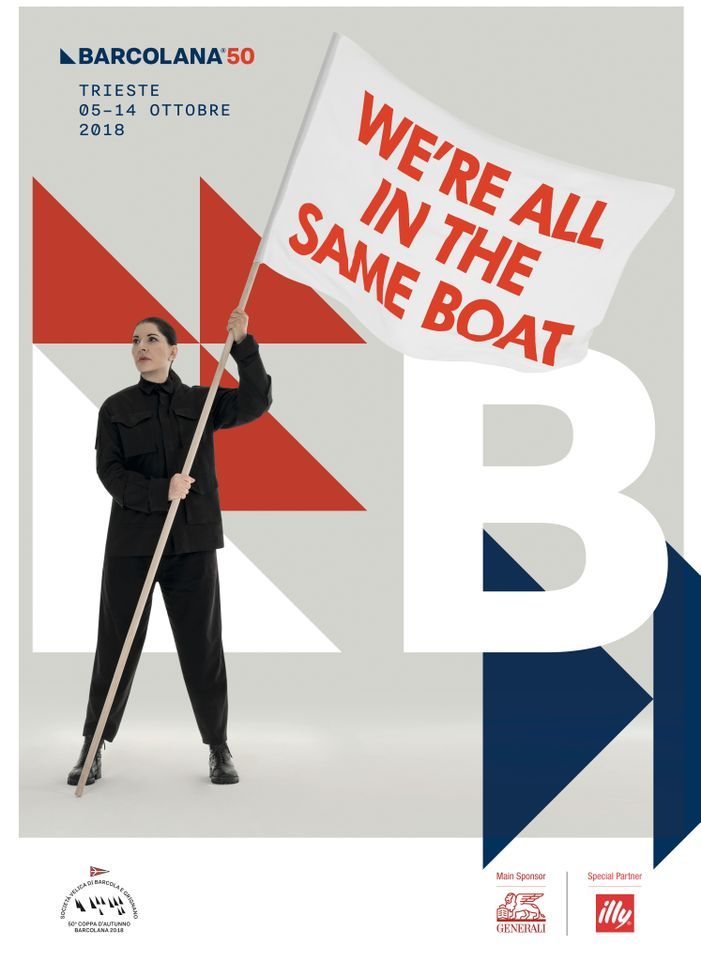 But Abramovic has also sparked controversy in Italy. After a book signing at the opening of her Palazzo Strozzi show, an amateur artist hit the artist over the head with a painting on paper he had made of her that was framed but without glass. Arturo Galansino, Palazzo Strozzi’s director and the curator of the exhibition Marina Abramovic: the Cleaner, expressed “sadness that such an important exhibition for Italy should be marred by the actions of one individual”. Earlier in 2018, Abramovic also came under fire for a poster that she had designed for the Barcolana sailing regatta in the Gulf of Trieste. The city’s right-wing deputy mayor raised objections to its slogan of solidarity “We’re all in the same boat”, which referenced Italy's migrant crisis.

Here is the full transcript from the Palazzo Strozzi's video:

This is my message to Italy and to the people of Italy which I love deeply. I know this is a moment of crisis and the virus is everywhere but at the same time from the disasters we have to learn a lesson. And the Italian people are showing great courage, great feeling for community and humanity. We are going to fight this together. It is something is going to pass but what is really left is a very valuable experience that human consciousness should change, our approach to our world and our planet should change. This is the lesson that we have to learn. Italy, I love you. And my heart is with you.