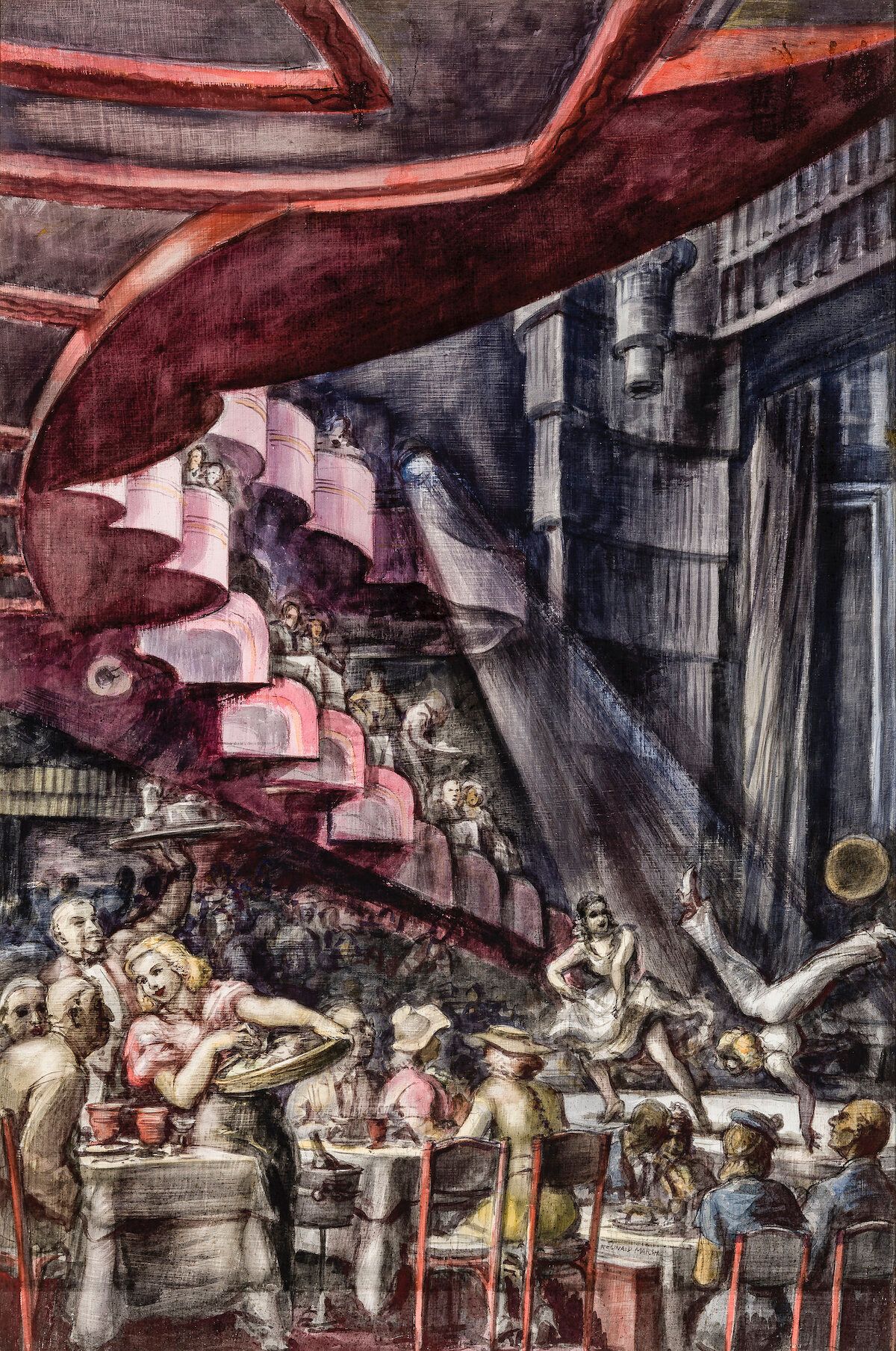 The venerable American Art Fair (until 18 October) has, like most other fairs, gone virtual in light of Covid-19. While the online-only format lacks the usual hustle and bustle, it also allows a bigger fair—24 dealers instead of the usual baker's dozen or so crammed in Manhattan’s Bohemian Hall.

The fair covers the Hudson River School to around 1970. There’s something special, often exquisite, in every booth, and the dealers are long established and often connoisseurs. This year's edition has a new guiding principle in addition to a new digital format: each dealer is offering two museum quality works fresh to the New York market and the calibre of art is unparalleled this year. It is a promising way to draw the curious as well as the serious. And, curiously, the pandemic seems to have stimulated an American art market comatose for the last few years.

"The pre-1945 market’s been in the doldrums since a peak around 2006 but now, if the material’s good, prices dealers are getting are up and competition is vigorous," says the Connecticut-based dealer and founder of the fair Thomas Colville.

One such exceptional pre-war work is the high energy painting Cabaret from 1938 by Reginald Marsh, which was bought from the artist by William Benton, the US Senator from Connecticut, remaining with his family until last year. Now Hirschl & Adler is selling it for $495,000. It is a raucous scene of performers and audience, and nostalgic, too, since there’s no social distancing in sight. The dealer Debra Force sold Cubist Fruit Still Life (1938) by Alfred Henry Maurer for $135,000 and at Dede Wigmore, Doris Lee's work on paper Key West Siesta (1941) sold for $25,000. Two beauties bookend Marsden Hartley’s career at the fair. Autumn Cascade I from 1910 is a dazzling waterfall scene with a rainbow palette, painted after the young Hartley had just discovered Matisse. It is being offered for $575,000 at Alexandre Gallery. Another Hartley work brought by Meredith Ward, Crashing Wave, Vinalhaven (1938), is a stunner, too, and at $1.75m, it is one of the pricier works in the fair. Demand for the artist, however, is hot given his auction record was reset last year when Abstraction (1912-13) sold for $6.7m at Christie's New York.

But small works are in the spotlight, too. At Questroyal Fine Art, a little landscape by Martin Johnson Heade, Twilight in the Tropics (1876) sold for $225,000. Colville is offering the gemlike, 5 in-by-9 in Sketch of the Old Tannery at Kauterskill Clove by Sanford Gifford from 1861 for $135,000. It was in the 1881 Gifford memorial show at the Met and has been in a private collection since 1974. Rockwell Kent’s icy Alaska at Vose Galleries has been tucked away in the same family home for three generations. Only 12 in by 15 in it packs a grand glacial punch. It’s $115,000 and dates to 1919, a good period for Kent.

Superb examples of works by artists long overlooked within the American cannon are also well represented in this year's fair. Kraushaar is offering Elements of Music (1955) for $45,000 by the Russian-American artist Esphyr Slobodkina. A refugee from the Russian Revolution and accomplished at architecture, millinery, couture dressmaking, Cubist painting and children’s books, she is hardly as well known as she should be. And DC Moore gallery is featuring Romare Bearden's Black History (circa 1979) for $285,000 as well as a 1998 work on paper made by Jacob Lawrence for $225,000; the artist, currently the subject of a major exhibition at the Metropolitan Museum in New York, died in 2000. 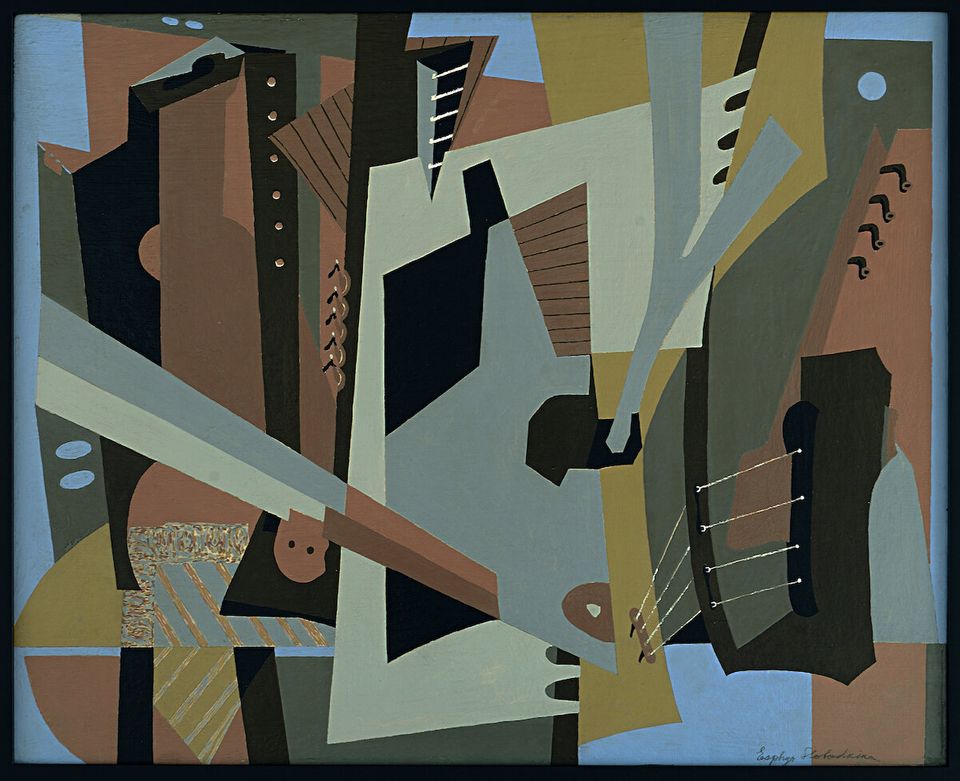 The migration online may have helped spur sales this year in a sector of the market typically resistant to digital initiatives. Sotheby’s September sale of American art is traditionally a place where dealers get bargains since collectors are not focused on going to the auctions. With online sales, though, everyone seems aware of everything, anytime, and lots of people are looking and buying. At the 24 September auction, a small Suzy Frelinghuysen painting estimated at $12,000-$18,000 went for $69,300. Her work is rare, and women artists are much desired. An Edward Moran view of New York Harbor, one of the best by this respected marine painter, went for $239,400 on a pre-sale estimate of $100,000-150,000.

Regional houses are doing well, too, if they can get good material. Brunk Auctions in Asheville, North Carolina, sold everything in its 12 September Estate of William N. Banks sale, blowing past high estimates in most cases. John Kensett’s Beacon Rock, an 1856 painting, sold for $664,200 on a $250,000-$350,000 estimate. Banks’s taste pointed him to 19th century painting and furniture, one of the weakest segments of the art market. The sale’s success, dealers feel, might mean a comeback is underway.