Why some galleries are trying to make the sterile virtual environment more homely, plus some early sales 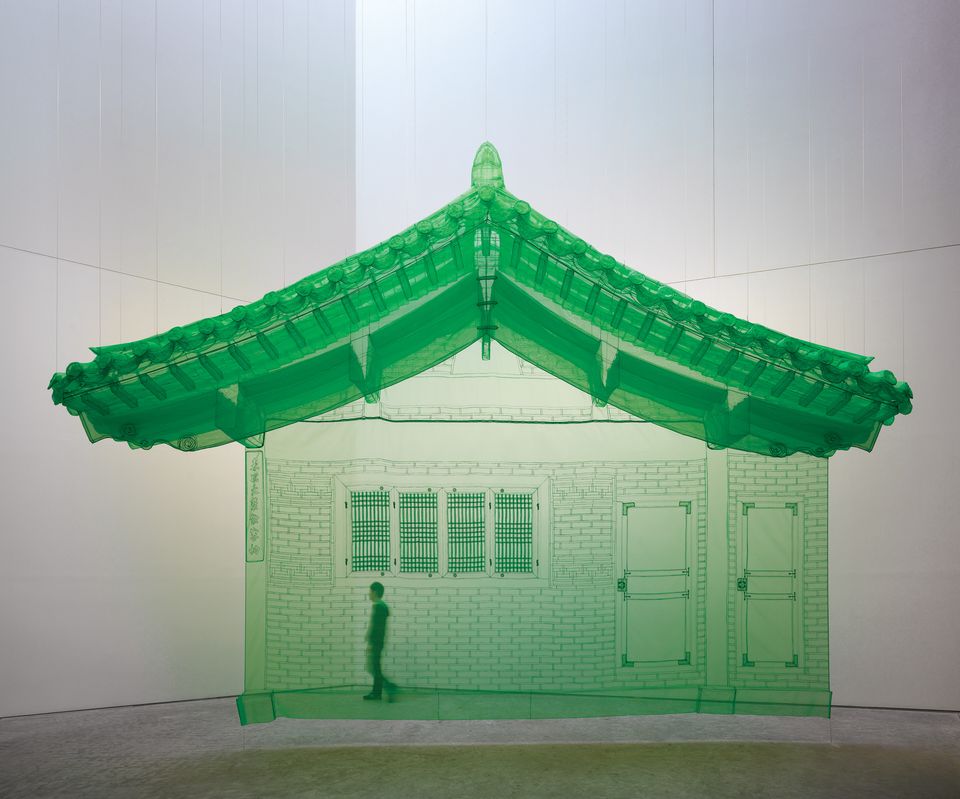 It may be a relief not to have to trek to Randall’s Island for Frieze New York, but getting visitors to the inaugural (and by necessity) online-only version of the fair still presents some challenges. The coronavirus (Covid-19) pandemic pushed the fair to cancel its ninth New York edition, scheduled for this week, as the city—one of the worst hotspots for the virus in the world—remains on lockdown. And whereas in previous years, congestion on the RFK Bridge to Randall's Island was something to be avoided, the 200 exhibitors are now crossing their fingers for as much traffic as possible to the online viewing room, which is open from tomorrow until 15 May (with "VIP" previews yesterday and today).

“You can always click away from a website,” says Boris Vervoordt of Axel Vervoordt gallery. The Belgian dealer says that there is nothing new about selling digitally—“even at a physical fair you are showing works on iPads, sending images over email, calling and texting clients”—but the difference is the audience was a captive one.

“There is less discovery in this setting. People get on the site and look for one or two things, or maybe just search for a few galleries they know. And then they leave,” he says. “It’s hard to virtually replace the footfall of people just wandering the aisles and coming by the booth that maybe you would have otherwise not seen when they are spending a few hours or a whole day at a physical fair.”

Another problem is the often sterile experience of online viewing rooms. “When I heard that Frieze was cancelled and going to be online only, I thought ‘oh no, we can’t do that again’”, Vandervoort says of the white-cube booth aesthetic of his virtual ABHK presentation. “None of the fairs have managed to do the scaling of a booth quite right online. I don’t know why it’s so hard. But it just doesn’t work.”

Home is where the art is

Instead, Vervoordt decided to install his solo presentation of works by the Korean minimalist (Dansaekhwa) artist Chung Chang-Sup in Antwerp’s Vlaeykensgang, the gallery’s historic home and where the dealer currently lives. The domestic installation lends a relatable context and the idea of home pops up everywhere throughout Frieze, something not nearly so evident in the first virtual iteration of Art Basel Hong Kong (ABHK) in March.

“We’re all in a kind of introspective time now, a period of revision. This worldwide slowdown was maybe necessary to bring us back to why we do this,” Vandervoort says. “Bringing Chung Chang-Sup’s works here is a return to our origin and a reminder of the importance of living with art in an acutely personal way.” 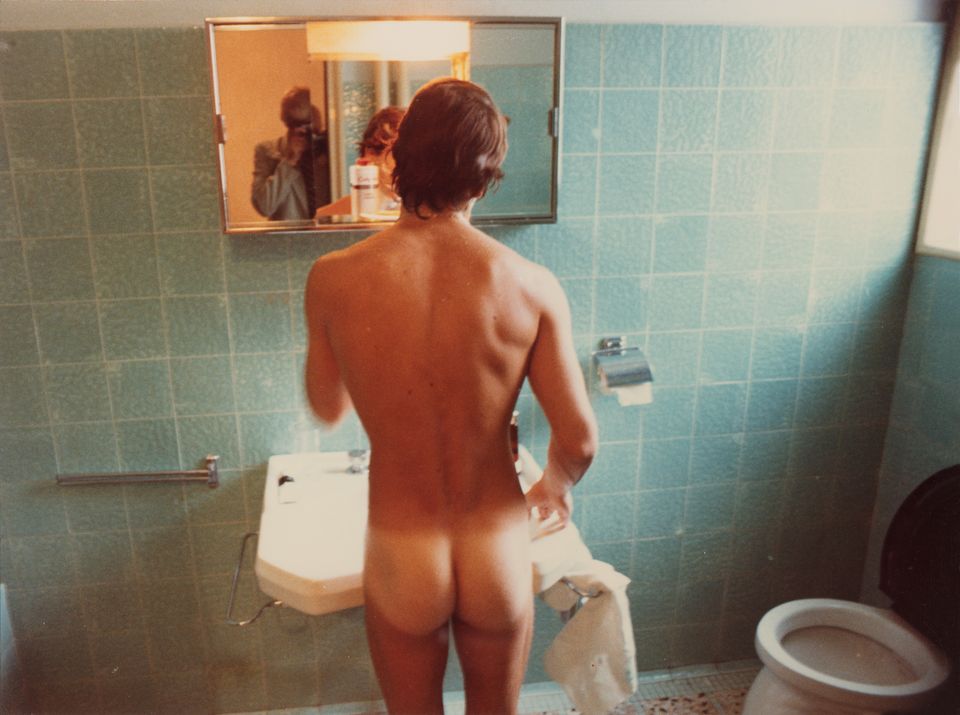 Similarly, Kasmin gallery presented works that explore “interior states, a sense of contemplation and reflectiveness”, says the director Nick Olney. David Hockney’s photographs of his friends and lovers captured in the privacy of their homes were some of the first works to sell in the day, ranging in price from $6,000 to $10,000 each.

Lehmann Maupin gallery, too, took the opportunity to reflect on the idea of home, including in its group presentation Do Ho Suh's Smoke Detectors, London Corridor, New York Home, Studio & Corridor(2019), offered for $200,000. “Of course we also thought deeply about bringing works that were relevant in this moment because we are all at home,” the gallery’s co-founder Rachel Lehmann says.

Without the logistical issues and expense of shipping large-scale works, there is more room to take risks on Frieze’s online platform, which is why Lehmann Maupin is also offering Suh’s North Wall (2005), a large-scale polyester structure emulating one side of his Seoul home.

“The theme here is domestic and resonates with the home and the spaces that many of us are sheltering in now. But the work is also monumental in scale. We have never been able to show it in our gallery space or in an art fair booth due to the size,” she says. “We wanted to create conversation around how these types of online venues can be limitless, almost without boundaries. We have to go beyond the comfort zone of our home and that which is domestic. That’s the way to the future.”

Lehmann says she has been pleased with sales so far, which included right off the bat Catherine Opie’s Rainbow Falls #2 (2015) for $30,000. She notes that the artist is well-known and works in photography, “which we’ve been able to sell successfully online for some time”.

Although mediums like photography and prints have historically been easier to sell digitally (often due to lower price points on editions), there is a sense that collectors are growing more comfortable parting with larger sums online in the age of quarantine. Hauser & Wirth, which has been busy positioning itself as a heavyweight in the virtual game with the development of its own virtual reality software last week, has sold 16 works from its online Frieze booth so far, all of which were made by the artists during quarantine, “responding in real time to this challenging period”, says the gallery's president, Marc Payot.

Among the works was George Condo’s painting Distanced Figures 3 (2020), which sold to a “major American collection” for $2m—making it one of the most expensive works on view within the context of the virtual fair, even if a certain amount standard practice pre-selling may have gone into closing a quick sale.

Pace gallery sold 13 works, including a 2019 painting by Loie Hollowell for $250,000 and a new painting by Nigel Cooke, both for $250,000 each. Ortuzar Projects sold a painting by Dorothy Iannone, Je veux te posséder malgré mes principes (1972), for $150,000 and three paintings by David Robilliard for $45,000 apiece early on in the day, while Timothy Taylor's sold all but one of his presentation of six new paintings by British artist Daniel Crews-Chubb, ranging from $20,000 to $45,000. 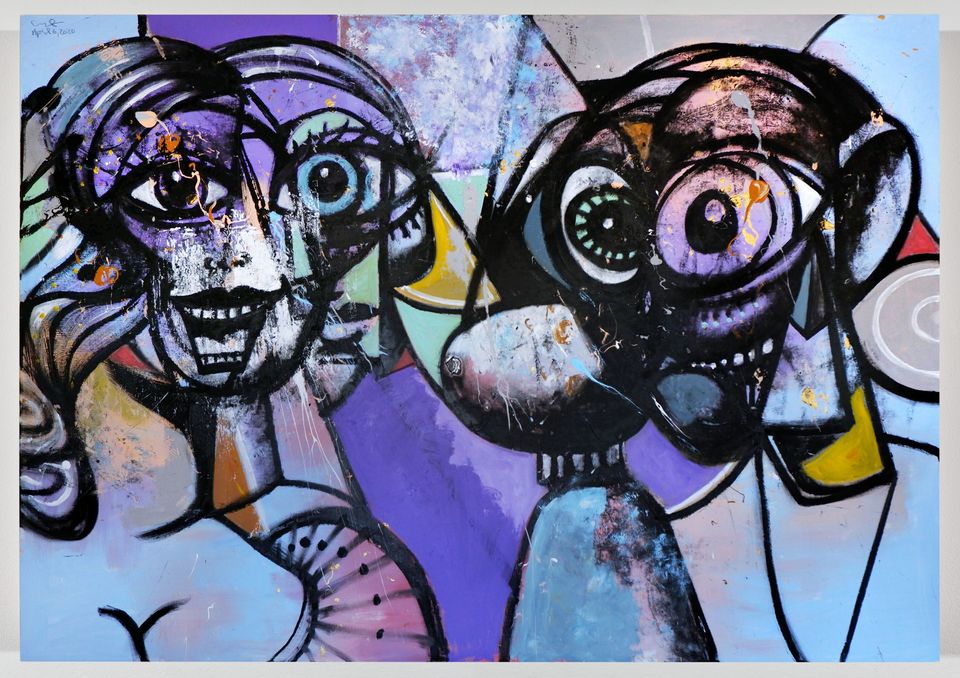 Los Angeles dealer Michael Kohn of Kohn Gallery says that, so far, the viewing room has been easy to manage and sales “went pretty smoothly”, especially given that it was one of his first online sales platform experiences. He adds that, based on website traffic analytics, there has been a lot of interest in works by Caroline Kent, Kate Barbee, Heidi Hahn and Rosa Loy. By the end of the first VIP day, the dealer sold a Kent work for $12,500 and two by Barbee for $20,000 and $22,000.

From a user's point of view, even if simple to navigate, Frieze’s viewing room is underdeveloped in parts. For instance, it is only possible to filter works on offer by price range, medium or—bizarrely and reductively—gender. Moreover, filtering by price faltered when it came to international currencies; a search for works under $10,000 still yielded results priced at €100,000. There is also no tool that allows a viewer to mark the works they like while they keep browsing. All such functions are commonplace on other retail sites.

Ultimately, however, the sale happens through the gallery, not via the fair, which means buyers will always be redirected away from the viewing room platform. Many galleries that have launched their own online viewing rooms report success on their sites, too, suggesting that the infrastructure of a fair may not be necessary, at least for the more established dealers.

Consider that Pace sold out its William Monk exhibition of six new paintings entitled Untitled (zip) II-VII, which “opened” on its pre-existing online platform, running concurrently with Frieze New York through 15 May. Lehmann says that the gallery sold out its presentation of works on paper by Hernan Bas on its website within two days. “And we saw our website traffic spike by 140%,” she adds. “There's proof and it's growing that there is an appetite to buy online.”

Fairs like Frieze may not be that troubled by losing site traffic, however, especially if their clients—the dealers—are recouping it on their own websites. In fact, if there is one game-changer in the virtual edition of Frieze, it might be the simplest and quaintest feature of all: the “guestbook” in each exhibitor’s online booth. All it takes is two clicks to “sign” a gallery’s book, and there is no need to put in any new information since visitors must register to enter the viewing rooms. If enough people use it, it is a quick and efficient way to aggregate the information of potential new buyers with minimal overhead or imposition—valuable data Frieze could then sell its clients on. As ever, in the virtual world, big data means even bigger dollars.