A wound still festering at the heart of Germany

Parliament has finally voted to build Berlin's memorial to the Holocaust 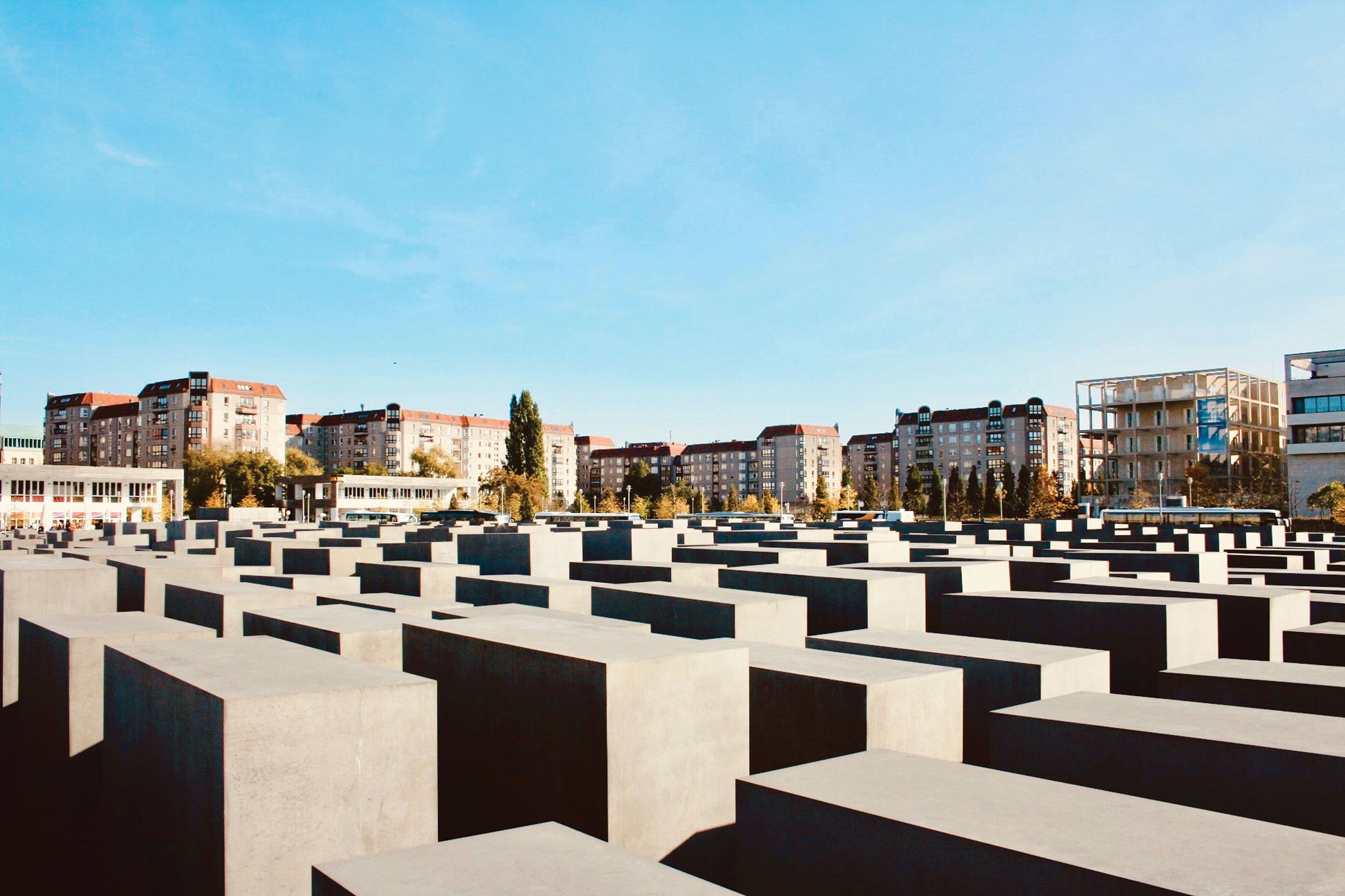 The Germans are continually being accused of suppressing the horrors of the Nazi regime or of buying off their guilt with compensation payments to Jewish victims. It is alleged that only a handful of academics and a small section of the population dwell on their tainted past; most of the population is depicted as indifferent, if not unrepentant. Only a few weeks ago, Ignatz Bubis, the chairman of the Central Council for Jews in Germany who died last month, complained, “The responsibility for Auschwitz was not fixed in the public consciousness. Everybody in Germany feels responsible for Schiller, Goethe and Beethoven, but nobody does for Himmler.”

The wrangling over the Berlin “Memorial to the Murdered Jews of Europe” and many other public disputes of recent years show that there is more to the story. The Nazi past is ever present. German television offers some 30 to 40 programmes a week about the Hitler years and schoolchildren complain that four subjects—religion, social studies, history and German—are dominated by the Third Reich. In fact, there have been alarming signs that too much rather than too little is being done. Some fear that Germans are beginning to build an inner defence mechanism against the deluge of material with which they are confronted almost daily.

The debate about the Holocaust memorial raged for 11 years. Over and above the usual protagonists of these public controversies, people from all sections of society became passionately involved in the pros and cons. The plan to erect a monument in Berlin as a warning to future generations was mooted by a German citizens’ action group led by the journalist Lea Rosh and the historian Eberhard Jäckel. The site they had in mind was the grounds of Hitler’s Chancellery, so that the “victims could rise above the perpetrators”.

They found an unlikely ally in the then Chancellor, Helmut Kohl. At his behest the federal government gave over a vast area equivalent to several football pitches at the heart of the former centre of government, in the so-called ministerial gardens, near the Brandenburg Gate. The cost of the memorial was estimated at DM15 million (£5.2m; $8.2m). Central government agreed to bear a quarter of that sum, with the City of Berlin contributing another quarter, and the rest being raised through private sponsorship. By the time a competition for the best design was launched, in 1994, the project was already bogged down in controversy. The Sinti and Roma (European gypsies) were not alone in being offended that the memorial was to commemorate only the Jewish victims of Nazism, but the initiators, who had not a drop of Jewish blood between them, remained adamant, as did the Central Council of Jews in Germany.

The terms of the competition raised further objections. It was restricted to German artists and architects on the curious grounds that it “was taking place in the country of the perpetrators”. But then it transpired that 12 artists, some of them from abroad, had also been invited to present their designs. Furthermore, unlike the 1,200 German aspirants, they were to be paid fees of DM50,000 each. In the end, 500 proposals were submitted ranging from the bland to the playful, and the earnest to the absurd. There was a Ferris wheel with cattle-trucks dangling from it as symbols of the deportation of Jews to the concentration camps. Other proposals included a reconstruction of Solomon’s temple, a massive Star of David with a diameter of 120 metres and a broken heart in its midst, and a swastika surrounded by another Star of David.

Other proposals included a reconstruction of Solomon’s temple, a massive Star of David with a diameter of 120 metres and a broken heart in its midst, and a swastika surrounded by another Star of David

Not one, but two, winners were selected. The favoured design, submitted by a collective of Berlin architects and artists, was a concrete surface, 11 metres high and covering an area of 20,000 sq. m. Set at a slant, it was to be engraved with the names of all the Jewish Holocaust victims. But there were so many objections to this scheme, not least from the Central Council of Jews in Germany, that after heated discussions, a new competition was finally announced in July 1997. Twenty-five artists and architects from home and abroad were invited to take part, among them Rebecca Horn, Jochen Gerz, Daniel Libeskind, Markus Lüppertz, Hans Hollein, some of whom had submitted plans in round one.

The jury chose a design comprising 4,000 concrete pillars of differing height, designed jointly by the Americans Richard Serra and Peter Eisenman. Variously described as a field of death or a sea of stone, it was meant to suggest the loss of individuality and a terrible sense of enclosure. Again, the scheme met with intense opposition.

In June 1998 Serra withdrew from the scheme, but Eisenman soldiered on. By this time Germany was in the throes of a lacklustre election campaign. It was briefly enlivened by yet another skirmish in the never ending battle of the Holocaust monument when the publisher Michael Naumann, chosen by the Social Democratic candidate for chancellor, Gerhard Schröder, as his prospective minister for culture, put the cat among the pigeons. He denounced the very notion of such a memorial, arguing that the existing places of remembrance were far more authentic.

All in all, the debate has highlighted how uneasily the Germans live with their past

However, once in office, Naumann bowed to pressure. Having railed against the size of the scheme, which had reminded him of Albert Speer’s megalomanic designs for Berlin, the minister became an enthusiastic supporter of a compromise scheme. He persuaded Eisenman to scale down his design to 2,700 pillars. At the same time he suggested adding a “house of remembrance” with exhibition space and a Holocaust library, although there is such a museum a mere five-minute walk away. It is one of about a dozen memorials to the victims of the Third Reich scattered around Berlin and environs.

In fact, the number of places of remembrance already in existence was one of the main arguments fielded by critics of the Holocaust memorial. The former chancellor Helmut Schmidt was not alone in warning that the dense forest of concrete pillars would attract graffiti artists, drunks and drug addicts and provoke neo-Nazi attacks. Many pointed to the supreme irony of erecting a monument to the murdered Jews which would have to be guarded day and night by policemen with Alsatians. A more modest stone to be installed in front of the Reichstag and inscribed with the Fifth Commandment, “Thou shalt not kill”, was much discussed. The most sensible counter proposal, for a garden with the commemorative stone for quiet contemplation met with little support among the powers that be.

On 25 June, the German parliament, anxious, in the words of its president, to emerge from “this terrible century with decency”, finally approved the Eisenman scheme and a small information centre by a majority of more than a hundred votes. A motion to dedicate the monument to all those murdered by the Nazis, not only the Jews, was rejected. Although a decision has at last been reached, after more than a decade of wrangling, this is unlikely to be the last word. The mayor of Berlin has already made clear that he will not pay for the massive security operation required to safeguard the monument from vandals. All in all, the debate has highlighted how uneasily the Germans live with their past.

Fifteen years after the Memorial to the Murdered Jews in Europe in Berlin received its first guests, it has become an inalienable feature of the cityscape. Almost 7 million people have visited the exhibition beneath it, and millions more have wandered through the disorientating field of concrete pillars. There have been a few isolated incidents of vandalism; in the worst, several pillars were daubed with swastikas in 2008. But when Björn Höcke, a leading figure in the far-right Alternativ für Deutschland, described the memorial as a “monument of shame” in 2017, he was lambasted from all sides—a sign of the breadth of public support for it. One controversy no one could have foreseen is social media selfies. The Israeli-German artist Shahak Shapira downloaded images of people practising yoga, juggling and posing with thumbs up at the site and super-imposed them on historic photos of the horrors of the concentration camps. He published them on the website Yolocaust in 2017. “People have been jumping around on those pillars forever,” he told the BBC. “They’ve been sunbathing, they’ve been having lunch there and I think that’s fine. A memorial is an everyday occurrence, it is not sacred ground.” --Catherine Hickley, German correspondent, The Art Newspaper

Appeared in The Art Newspaper Archive, 95 September 1999
More ArchiveTopicsMonumentsBerlinGermanyHolocaustPeter EisenmanMonuments and their histories