Art Basel, the final stop that brings art fair marathon to a close 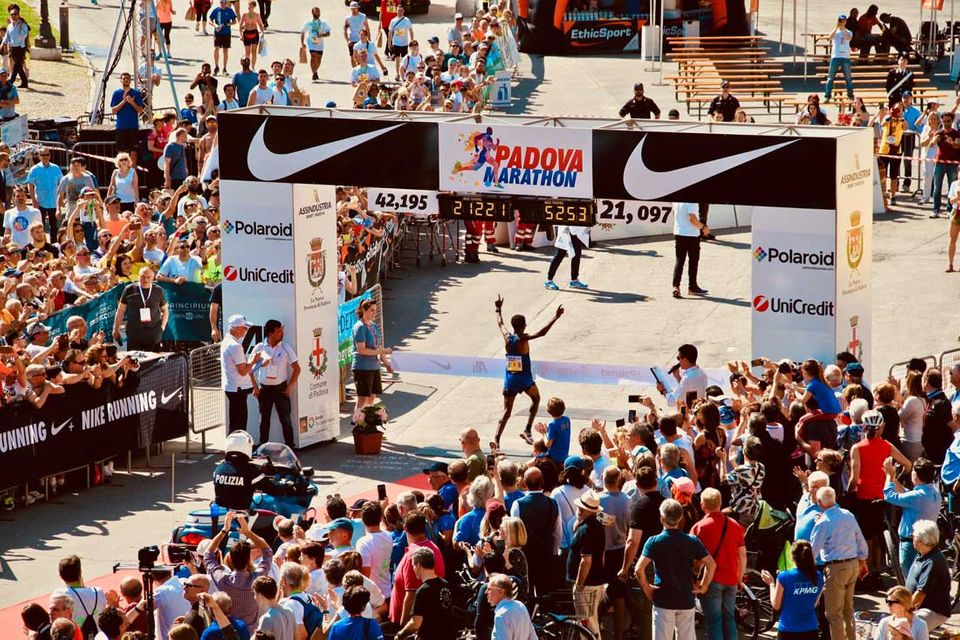 Ding ding! It’s time for round three… As Art Basel opens to VIPs today, the jet-setting visitors and exhibitors could be excused for feeling a little weary of art—and airports. The fair is the third in a crammed six weeks that have included the second edition of Frieze New York (10-13 May) and the first edition of Art Basel Hong Kong, which closed just two weeks ago. Squeezed in between was the opening of the Venice Biennale (until 24 November) and a significant series of auctions in New York (London takes on the saleroom mantle straight after Art Basel). A total of 36 exhibitors had stands in New York and Hong Kong as well as showing in Basel this week.

Art Basel, the most established of the global contemporary and Modern art fairs, comes at the end of this process. The collector Maria Baibakova, who is the strategic director of the online saleroom Artspace, is taking in all the major fairs. She believes that each has a distinct purpose but ranks the Swiss fair as “the mothership”.

Because of Art Basel’s status, there have been comments that the Hong Kong fair was something of a taster for the main event, with the galleries that had committed to both keeping back their best works. But Marc Spiegler, the director of the Art Basel fairs, says: “Everyone has had at least nine months to plan and to talk to their artists, and most [dealers] seem to have a strategic approach rather than managing the situation by ploughing through their inventory.” Indeed, for the galleries attending all three fairs, some thought goes into the different opportunities that each presents.

This has proved easier for galleries with a selection of museum-worthy artists. Olivier Belot at Yvon Lambert (2.1/N8) says that the choice of works partly reflects institutional shows in each region. At Art Basel, the gallery’s selection includes work by Zilvinas Kempinas, the subject of a solo exhibition at the Museum Tinguely (until 22 September). For Frieze New York, works included Joan Jonas (at the Contemporary Arts Museum Houston, until 30 June) and Francesco Vezzoli (who has shows at MoMA PS1, New York, and the Museum of Contemporary Art, Los Angeles, later this year). In Hong Kong, where the museum scene is still developing, the gallery’s stand included artists with connections to Asia (such as Shilpa Gupta and Koo Jeong-A). Plus, Belot says, “we know which collectors are coming to specific fairs, so we include what they are interested in”.

Other national tastes help to determine which works are brought (and bought). For Hong Kong, Lisson Gallery (2.0/B12) and Alan Cristea Gallery (2.1/Q14) chose works of a more domestic scale, to take into account the size of high-rise homes in the city. Price points also dictate: in Hong Kong, these are much lower than in the more mature markets of New York and Basel.

For galleries with only one space (less of a rarity than it seems), the fairs provide helpful “pop-up” venues around the world, although they are a challenge in terms of logistics and presentation. “The bigger galleries have more options in terms of bringing booths full of sales-ticket artists; we have to think longer-term,” says John Kennedy, a director at Dublin’s Kerlin Gallery (2.1/K9), which also showed in New York and Hong Kong. The strategy, he says, has been to focus on a smaller number of artists for each fair, to meet the challenge of maintaining quality throughout.

Others choose not to participate in all the global market jamborees. “Art fairs are very useful, but we try not to do too many, as they can distract from concentrating on our artists,” says the dealer Thomas Dane, who is showing at Art Basel (2.1/M15) but did not participate in this season’s other fairs.

Similarly, collectors need to pick and choose. David Roberts, a British collector with a private foundation in London, says: “I don’t think we would visit every fair on the merry-go-round. Indre [his wife] is a working artist who has an active position at the [David Roberts Art] Foundation and I have a business to run in the UK and Germany.” He is in Basel this week, but did not go to New York or Hong Kong. He has no fear of missing out, though; quite the reverse. “With the number of events, there is a danger that certain artists’ works can be over-exposed, and missing some of the fairs doesn’t equate with missing new or important pieces,” he says.

One remaining question is whether anyone is making a profit from the extra activity the growing number of major fairs entails, once the flights and hotels (among other costs) have been paid for. Art fairs are presumably good business: the global exhibitions sector is forecast to grow by 5% a year for the next few years, according to the specialist consultancy AMR International, and at twice that rate in emerging economies. But is everybody else just running faster to stay still? Sales are certainly made at each fair—some galleries say these account for more than half of their revenue—but although it is widening, the pool of collectors has not grown as fast as the number of fairs worldwide.

For now, it is all about the potential offered by making new contacts, and dealers remain circumspect about how long this investment phase may last. Kerlin’s John Kennedy says that as long as the gallery is covering its costs and investing in the future of its artists, “anything on top is the cream”. Lisa Schiff, a New York-based art adviser, perhaps sums up the situation. “We’re keeping up with the fairs, auctions and private sales opportunities, but we’re not necessarily making more money,” she says.