Curator’s interviews with performers could prove a “goldmine” for scholars, skirting the artist’s ban on documentation of his work 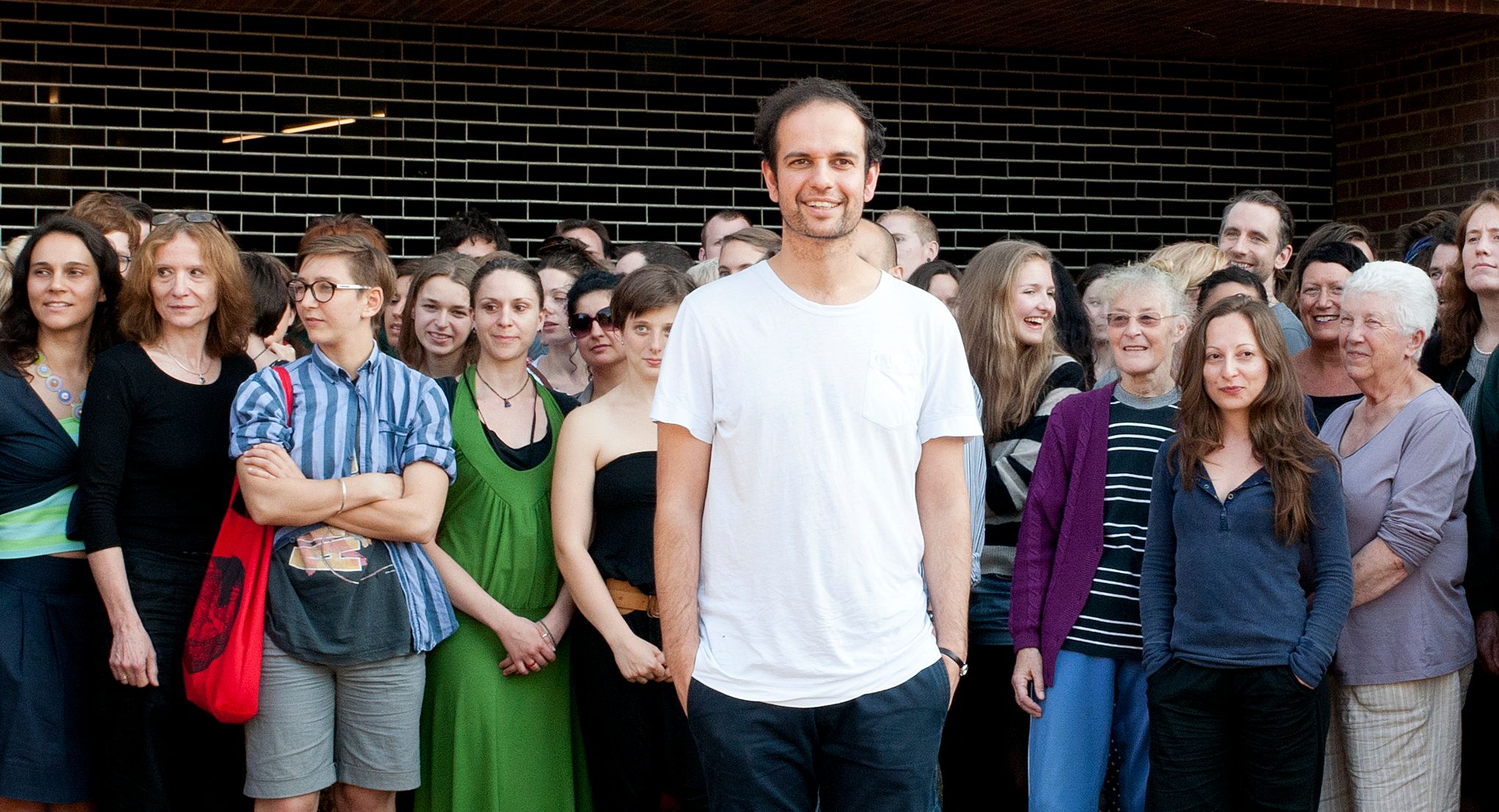 Tino Sehgal at Tate Modern with his interpreters for These associations, 2012 Photo: courtesy of Gabrielle Fonseca Johnson, Tate Photography 2012

Tino Sehgal’s ban on any documentation of his work is well known by now. No photography is allowed at his exhibitions, the artist explains how to create his ephemeral works verbally to performers and curators instead of writing it down, and even collectors and museums have only a verbal agreement when they buy his work. But a young curator who has written his thesis on Sehgal’s work has been building an archive that is the only lasting record of the artist’s practice.

The CCA Wattis Institute for Contemporary Arts, San Francisco, showed an exhibition of Sehgal’s work between September 2007 and December 2012, with individual pieces presented every few months. Many of the interpreters who performed the works were students at the art school, who took the job as a form of work-study. Dane Jensen saw an opportunity to mine a rich seam while working at the institute on his masters in curatorial practice. “Because Tino is an artist who has a global reach, it’s a unique situation to have something for that long a duration in one specific place. [The student interpreters] hold a pocket of knowledge about his work that you’ll probably never see again,” Jensen says.

For his thesis, Jensen originally planned to create a comprehensive archive of oral histories in the form of audio recordings and transcripts. He interviewed many of the interpreters, as well as curators and museum directors who have been involved in Sehgal’s work. The archive was never fully realised, but Jensen retains the recordings. Working with the CCA’s managing editor, Lindsey Westbrook, he has published excerpts of some of the interpreters’ experiences in the May issue of the institute’s alumni newsletter.

Since the recordings are a retrospective account of the performers’ experiences rather than a document of the work itself, the archive falls into a grey area with regards to the artist’s ban. Jensen told Sehgal about his plans for the archive but did not meet any opposition. “He said: ‘Do what you want. And if you want to send me your thesis, I’ll read it.’ But I never sent it to him,” Jensen says.

Nonetheless, some of the performers were cautious about speaking to Jensen. Nico Colón, who worked on more than one of Sehgal’s pieces, “had a moment where he wondered to himself, almost as if in soliloquy, as to whether or not he should be doing the audio interview, whether or not that violated the ‘rules’ of documentation”, Jensen says. In the end, the newsletter article relates, Colón said: “[Since] I’m not actively working for [Sehgal], at this moment, I can be free to express myself. So I am morally off the hook. It’s my experience, after all. The art is Sehgal’s, but I own my own experience.”

These personal experiences are a central part of Sehgal’s work, since the interpreters interact directly with visitors in many of his pieces. “One of the interesting things about recording someone’s thoughts is that, because people’s memories constantly change and shift, these works might be remembered differently by the same interpreters five or ten years from now. That’s the only way the work exists,” Jensen says. With official documentation forbidden, and Sehgal often reluctant to give interviews, these oral histories could serve as a “goldmine of information for scholarship surrounding Sehgal’s work”, according to the newsletter article. “This is an important component of how his work may or may not be remembered,” Jensen says.

In their own words

Ben Vilmain on performing kWh, 2002-09 — “It was difficult because at times the work seemed to border on cruel mischief. Visitors would hear the ‘chikclunk’ of all 26 light switches flipping down simultaneously and they would be, like, ‘What the fuck is going on? Who turned off the lights?’ Then the chant-like singing would ensue. By the time I had sung ‘Teeeeeeenooooooo Saaaaaaaaygalllllllll', I could hear the elevator being called. It was like clockwork.”

Em Meine on performing This is Production, 2004 — “I appreciated that the piece was so open-ended, but it was difficult to resist the urge to make up my own ‘conditions’ under which I would perform it. I was definitely working against what I thought Sehgal would have wanted. The line between interpretation and sabotage got a little blurry.”

Nico Colón has performed multiple pieces by Sehgal — “Sehgal does a great job of getting the interpreters excited, but in the end, they always break down. Because of my Wattis experience, I was hired to work as an interpreter and trainer at the Guggenheim [in 2010]. And the breakdowns happened [there], too."