Interview with Tim Rollins and KOS: Don’t call it a comeback 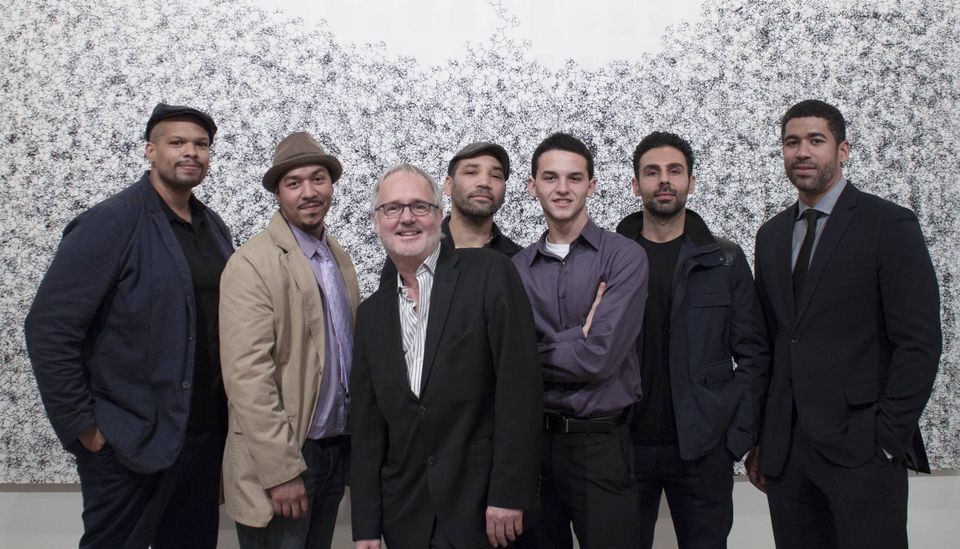 Tim Rollins and KOS courtesy of Portland Museum of Art

What really bothers me,” says Tim Rollins, the artist and teacher who gained international fame in the 1980s with his collaboration Kids of Survival, “is when people come up to me and go ‘wow. Tim and KOS are back.’ I say to them, ‘We never left. You’re the ones that left us. We’ve always been here.’”

“We’ve been getting that a lot lately,” says Angel Abreu, now 38 and an active member of KOS since he joined as a seventh-grader in 1985.

The collaboration between Tim Rollins and KOS became one of the hottest stories in the art world in the late 1980s. Rollins, an artist who taught at a Bronx high school, began an arts programme for a group of students often labelled with learning disabilities. The students called themselves Kids of Survival, or KOS. Early on, inspired by one of the student’s drawings in a copy of George Orwell’s 1984, the group began pasting the texts of literary classics onto canvases and then superimposing their own interpretive paintings, creating a socially aware body of work.

Rollins and KOS had their first solo exhibition at a Bronx community college in 1985. Before the year ended, their work appeared in the Whitney Biennial. The gallerist Jay Gorney began representing them a year later. In 1989, Rollins and KOS appeared on the cover of Artforum. They travelled the world. The New York Times called their Kafka-inspired “Amerika” paintings “precocious masterpieces”. It was almost too good to believe.

The backlash began in 1991 with an article in New York magazine. Based on allegations made by two former KOS members who had been kicked out of the group, it painted Rollins as a vocally and sometimes physically abusive tyrant who misappropriated the collaboration’s funds.

“That was such obvious bullshit,” Rollins says today, echoing what he and KOS members have said since the article appeared. “If you believed that stuff, you wanted to believe it. We were threatening to the system. We suffered from ‘it’s too good to be true’ syndrome.”

Not long after the New York article hit news-stands, Anthony Haden-Guest, who now writes for The Art Newspaper, spent time following Rollins and KOS for an article commissioned by Vanity Fair. Haden-Guest says that he found none of the “dark shadows” portrayed in New York magazine, and that his own article would have been positive. For reasons he can’t recall, the story was killed prior to publication.

Interest in the group’s work declined. After it held a show including works based on Pinocchio at the Mary Boone Gallery in 1992, Robert Storr, then a curator at New York’s Museum of Modern Art, said in an interview for a documentary on the collaboration: “It was the most disappointing show of [Rollins and KOS] that I’ve seen so far.”

As it grew more difficult for the group to sell their paintings, deeper tragedy struck. After witnessing five murders in the South Bronx, Christopher Hernandez, a 15-year-old KOS member, was killed on Valentine’s Day in 1993.

It was the breaking point for Rollins and KOS. “I think we had collective post-traumatic stress disorder,” Rollins says today. He told the Scotsman in 2001 that he began drinking himself to sleep. The crew was evicted from its studio. “We retreated,” he says. The members hunkered down and focused on their work, largely out of the spotlight. “It got down and out,” Rollins says. “We were in pretty rough shape. Nothing was selling.”

The downturn, however, led to the work that inspired the group’s project at Frieze New York this year.

In 1998, the University Art Museum at the State University of New York in Albany asked Rollins and KOS to put on a Shakespeare-related workshop. “I said, ‘That sounds great. What would the fee be?’” Rollins says today, remembering how badly he and KOS needed funding. “They said $2,000. And I said, ‘I’m on it.’” But he couldn’t think of what to do.

At a loss, Rollins resorted to a book of Shakespeare quotations for inspiration. He landed on a passage from A Midsummer Night’s Dream: “And as imagination bodies forth/The forms of things unknown, the poet’s pen/Turns them to shapes and gives to airy nothing/A local habitation and a name.”

The play was an inspiration. “We went to the university and we ran out of paper on the first day because the kids went nuts,” Rollins says. He was especially drawn to the trickster Puck. “Puck reminds me of all of my kids. They’re class clowns. Not goody-goodies. They like changing things just for the sheer joy of it. They don’t make art to be on the cover of Artforum.”

For their project at Frieze New York, Rollins and KOS are due to use the ideas from Albany 14 years ago to stage their first public workshop for youngsters. During the fair, Rollins plans to have a 40-foot-long table in the woods on Randall’s Island where kids can help to create a painting inspired by A Midsummer Night’s Dream on top of the musical score of Felix Mendelssohn’s 19th-century composition of the same name. “We’re going to be blasting Mendelssohn’s overture,” Rollins says.

During the gap between being represented by Mary Boone Gallery in the mid-1990s and their current dealer Lehmann Maupin in 2008, Rollins says that they placed around 20 works in museums on their own. “But, boy, it’s a rough system,” he says. “It’s like representing yourself in court without a lawyer. It took a big toll on me. And on my personal life. That’s why my hair’s grey.

“That was then,” he says. “This is now. It’s a new day. I don’t look back. I don’t drive looking through a rearview mirror. We make art in the future tense.”

While Rollins and KOS consistently worked throughout the years, the art market didn’t really return to them until the mid-2000s. Rollins and KOS showed with Galleria Raucci/Santamaria in Naples, Italy, in 2006. “Through that,” Rollins says, “we were contacted by Galerie Eva Presenhuber [in Zürich]”, where they had a show in late 2007. “And things started selling again to museums and major, major collectors.”

Soon after, in 2008, David Maupin came calling. “I’ve known David since he was working behind the desk for Mary Boone,” Rollins says of Maupin, who was Boone’s assistant in 1990.

“It was kind of major for us,” Maupin says, “that this hero of ours was working with us and joining the gallery.”

As Rollins and KOS begin their Frieze project, their goals have not changed greatly in 30 years. “My only goal is to keep going,” Rollins says. “Making art is necessary; not for the market, not for self-gratification, but for the culture. I think our goal is to change the culture. And to change everyone’s idea about what art is, what art can be, who can make it, and who can love it.”

Tim Rollins and KOS’s workshop is in Frieze Projects. Their work is available with Lehmann Maupin (C10) at the fair