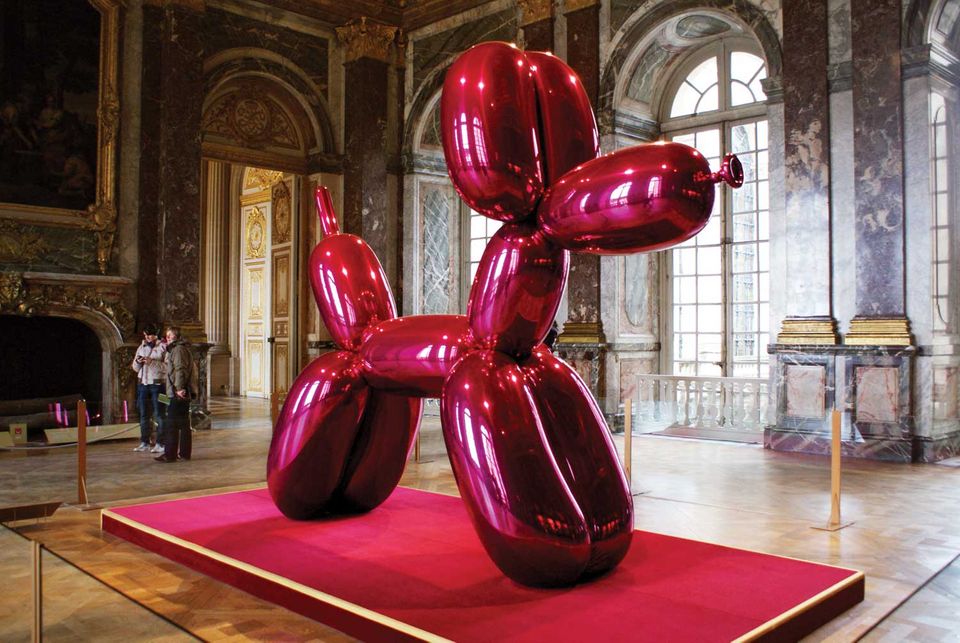 One of France’s most experienced arts fundraisers has questioned the growing role of private sponsors in financing major French institutions. Olivier de Rohan stepped down as head of the Friends Association of Versailles late last year after 22 years in the role. Speaking to The Art Newspaper, he raised concerns about the direction of French museums since they were given more autonomy seven years ago, thereby encouraging closer links with the private sector in a quest for extra revenue.

“Running a museum is not about making money, it’s not like running a company,” he said. “Autonomy can be a good thing but sponsors are increasingly reluctant to stay on the sidelines. If a company has contributed 40% funding, for instance, to an exhibition, they may well want to have more of a say, which may well be the case with the choice of exhibitions.”

Institutional French attitudes to private backers are in sharp contrast to the state-led ethos of museums two decades ago, he adds. “Over 20 years ago, when I first mentioned to curators at the Château de Versailles that we should attract more corporate sponsors, they were horrified,” said De Rohan. “Now, today’s private backers pay for things that the state can no longer afford. There is a feeling that sponsorship can solve almost every financial problem.”

"Today’s private backers pay for things that the state can no longer afford. There is a feeling that sponsorship can solve almost every financial problem.”

In 2008, the then French culture minister Christine Albanel proposed a series of reforms for French museums to give state institutions more autonomy. Of the 34 museums that receive state funding, the largest institutions (such as the Musée Picasso in Paris) have since been transformed into more commercially minded organisations known as “public establishments”. The Château de Versailles, which received almost €30m state funding last year, has been such an organisation since 1995.

Five heavily subsidised French museums, including the Louvre and Centre Pompidou in Paris, were among the first to be granted more freedom; they have been allowed to supplement their income with non-governmental funding since the introduction of a new law in 2003. Henri Loyrette, the Louvre's director since 2001, has made no secret of his enthusiasm for raising private funds, pushing for closer ties with US institutions and aiming to increase sponsorship revenue.

De Rohan also criticised the high-profile contemporary art programme initiated by Versailles director Jean-Jacques Aillagon, which launched in 2008 with an exhibition of works by the US artist Jeff Koons. “I can tell you that most of the Friends are unhappy with the development,” he said. “With this kind of work, you destroy what people are coming to Versailles to really see,” he added, emphasising that he is broadly supportive of Aillagon’s plans. A show of works by Japanese artist Takashi Murakami is set to open at the site later this year.

• Originally appeared with the headline "Sponsorship under fire"

Olivier de Rohan would no doubt shudder at the current Palais de Versailles website page which describes in detail the benefits of becoming a patron; individual donors are told for instance that “if you pay taxes in France, you will be entitled to a tax reduction of 66% of the amount of your donation”.

Cosying up to the private sector is not a problem nowadays for major French museums; last year the Musée du Louvre controversially teamed up with Airbnb. In 2012, the Louvre’s revenue amounted to €216m, €116m of which were state subsidies (54%) with €100m in self-funded income. In 2018, state funding amounted to €100m (41%) while €147m was self-generated.

Indeed, most European countries have increasingly looked to the US-UK model which combines both public and private funding. However, in the age of coronavirus, this system now appears deeply flawed. An anonymous French curator says: “We’ve been increasingly encouraged to chase patrons and big business, but this prop [revenue stream] has been kicked away from us following the Covid-19 crisis.” — Gareth Harris, chief contributing editor