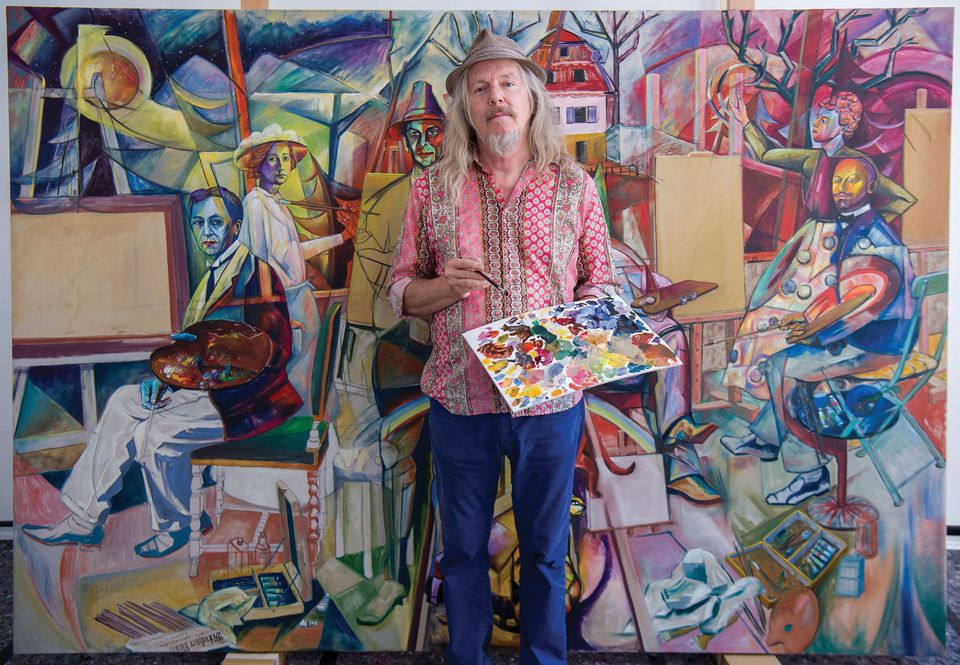 It was the biggest art forgery trial in Germany for decades—but now it seems that the problems created by master forger Wolfgang Beltracchi and his gang are far from resolved. Last month, German police revealed a new, much longer list of alleged forgeries: 53 in total, of which only 14 were considered in the first criminal trial. It now appears that major international auction houses Christie’s and Sotheby’s, as well as London- and New York-based dealers Dickinson gallery, may have unknowingly sold some of the works on the list.

I’m sure there will be more wreckage washed up on the shore before we see the end of this James Roundell, the director of Dickinson gallery

“It seems that almost the entire art world was caught out… The [forgeries] have circulated widely over the years, passing through the hands of major auction houses, art dealers, experts in their field, and distinguished, knowledgeable private collectors,” says James Roundell, the director of Dickinson gallery, adding: “I’m sure there will be more wreckage washed up on the shore before we see the end of this.”

Beltracchi, his wife Helene, her sister Jeanette and their business partner Otto Schulte-Kellinghaus were convicted of forgery and corruption in relation to 14 works of art at the Cologne regional court, and found guilty of selling forgeries of modern art masters from the fictitious “Werner Jägers” and “Wilhelm Knops” collections. A plea bargain saw the defendants receive reduced sentences. Beltracchi, the scam’s mastermind and painter, received the heaviest sentence of six years.

The release of the list, with an additional 39 works, shows that Bateaux à Collioure, around 1905, by André Derain, sold at Christie’s London for £2m in 2007, was a forgery (Christie’s cited the “Knops Collection” as its provenance). The auction catalogue shows an image of a so-called “Sammlung Flechtheim” label on the back of the work: the forgers faked stickers by Alfred Flechtheim, a renowned German art dealer in the 1920s, as proof of provenance. It was the discovery that Flechtheim had never produced these, or any, stickers that initially raised a red flag for investigators.

These works are in addition to those in evidence at the Cologne trial, where it emerged that Christie’s had unknowingly sold two Beltracchi paintings: Campendonk’s Landschaft mit Pferden, 1915, which was consigned by the US actor Steve Martin for auction in February 2006 and sold for £344,000; and Max Ernst’s La Horde, 1927, which failed to sell in June 2006 (but eventually sold to the Würth Collection for E2.7m, according to the police).

“We take any doubt surrounding authenticity very seriously,” writes Christie’s in an email. “This case was highly unusual and complex… We have taken all appropriate steps to address this matter internally and with the external parties involved.”

The police evidence suggests Sotheby’s also unwittingly sold several Beltracchi forgeries, most notably Max Ernst’s Tremblement de Terre, 1925, which made $1.1m in November 2009. The painting’s authenticity was confirmed by Werner Spies, an Ernst expert who is being sued for damages over the work in a civil court in Nanterre. Sotheby’s offered other works: Herbin’s Femme et Enfants, 1917 (for £56,500 in 1993); Emil Filla’s Homme et Oiseaux, 1932 (unsold in 1989); and Henri Hayden’s Nature Morte à la Guitare, 1918 (for £45,000 in 1992).

The auction houses were not the only ones unsuspectingly trading in the fakes: many passed through private dealers. It is known that Dickinson gallery had, at one time, owned Derain’s Bateaux à Collioure, which the gallery bought in 2000 for $2m before selling it to a “buyer in the trade”, says a gallery spokesman. The work later sold at Christie’s in 2007. According to Berlin police, most of the forgeries passed through France, where Beltracchi owned a property.

In the Cologne trial, evidence emerged that Dickinson gallery had bought another forged Derain, Matisse Peignant à Collioure, which the dealership then sold for E4.5m to its present owner, the Hilti Art Foundation, which is run by Liechtenstein billionaire Michael Hilti. This work also bore a fake Flechtheim sticker. “When I read about the forgeries in the press, I checked our collection for any ties with the Jägers and Knops collections, and unfortunately this one work fitted the bill,” says Uwe Wieczorek, the curator of the Hilti Art Foundation. At the time of the sale, James Roundell was on Hilti’s art advisory board. Hilti is asking for compensation from the gallery, according to Allonge.

“In the case of these forgeries, only chemical analysis would have provided a clear and secure indicator. But this isn’t possible for every work,” says the Dickinson spokesman, who adds that the gallery is keen to “encourage a wider discussion” about authentication methods. “We were fooled and so was the rest of the art world,” he says.

The investigators predict a flood of civil claims by the buyers. “We have contacted the owners where possible to allow them the opportunity to reclaim their losses,” says Allonge, adding: “From a criminal perspective most of these works are of secondary interest because they are time-barred”, which means that only works sold after July 2000 can be used as evidence in a criminal trial. Since most of the 39 works were sold before then, further criminal proceedings against the Beltracchi gang are unlikely. But “time-barring rules for victims’ claims differ and depend on the circumstances”, says Berlin-based lawyer Friederike Gräfin von Brühl, particularly because the international reach of the forgery ring means victims can sue in courts outside Germany. According to US lawyer Peter Stern of the law firm McLaughlin & Stern, the “primary claim would be one for breach of contract, but this would depend on whether the seller warranted or is deemed to have warranted the authenticity of the work. The buyer might also have a claim for negligence and, in a much rarer case, a claim for fraud.”

In cases where the statutes of limitations have elapsed, sellers’ integrity may be put to the test. “Are sellers going to invoke those statutes or are they going to compensate their buyers?” asks Stern.

All artist names, titles of works and dates are, of course, allegedly faked.