What can mysterious markings in stone teach us about British art? 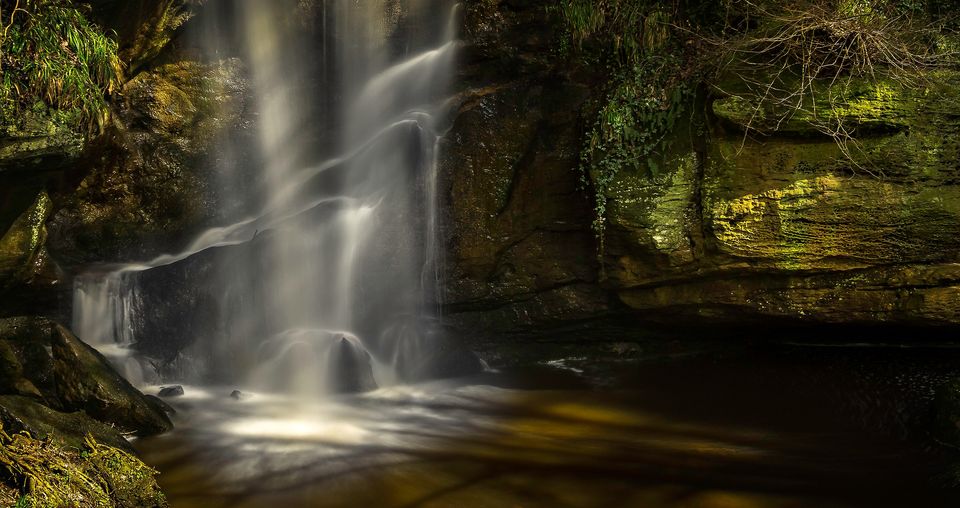 When does the story of British art begin? A publisher has asked me to write a new history of British art, and I need to find out. There is some debate over whether the most cited “earliest British artwork”—15,000-year-old incisions into cave walls at Creswell Crags in Derbyshire—actually constitutes a man-made, creative act. But wherever the first British art is to be found, it will almost certainly be found in stone. We have no cave paintings in Britain. Very few items made on organic matter, such as bone, have survived. So I spent much of January looking at rocks.

How fascinating they are. The most mesmerising are “cup and ring” marks. These are made of a central cup cut into the stone, surrounded by a series of shallower rings, like ripples on water. Seen en masse they have a captivating rhythm. Fortunately, I live in one of the best parts of the country for exploring them, on the border between England and Scotland. Fought over for thousands of years, but never industrialised, it is a land of prehistoric ghosts, littered with neolithic and bronze age remains. All you need to find these little epicentres of British art is an Ordnance Survey map and a raincoat (but it helps if, like me, you’re married to an archaeologist).

In Northumberland we visited the largest single panel of prehistoric rock art in Britain, at Roughting Linn. Few know about it, and it has never been excavated. Near an impressive waterfall, an enormous sandstone rock, 20 metres long, breaches the earth like a whale rising for air. It is covered with more than a hundred cup and ring marks. Some are linked by channels cut into the rock, others are embellished with sun-like rays round their outer edge. 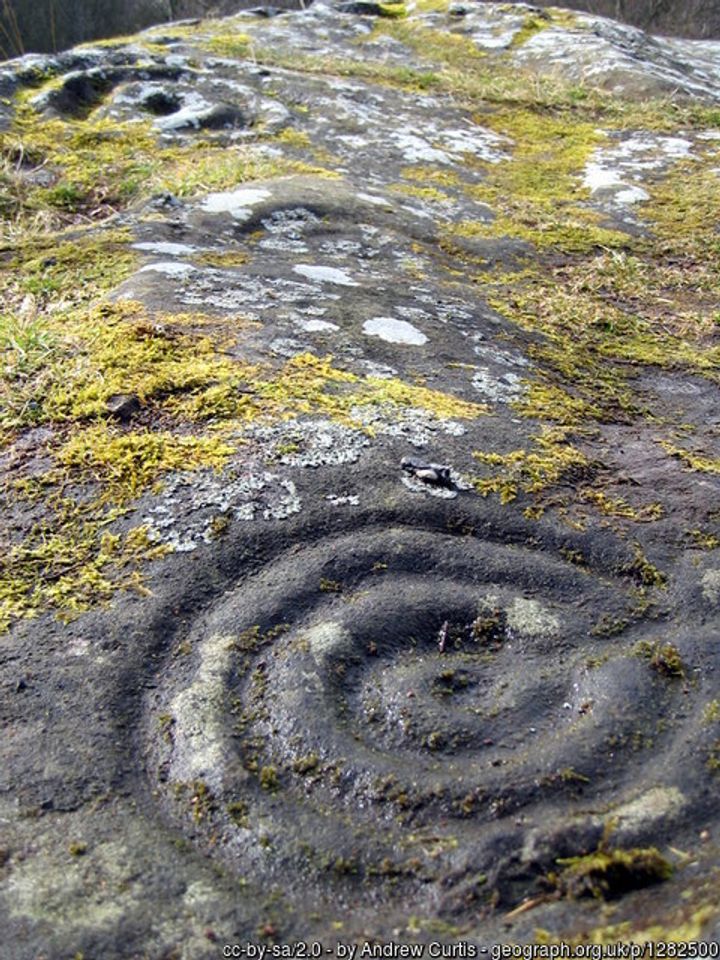 A detail of some rock art at Roughting Linn Photo: © Andrew Curtis (cc-by-sa/2.0)

Dating to between 4,000 and 2,000 BC, part of the attraction of cup and ring sites is their mystery. Some have suggested they relate to astronomy, but there is no provable celestial link. Others believe they must have had some ritualistic purpose, for they are often found at burial sites. It could be that they served to decorate the rock’s surface with liquid (perhaps blood), drawn from the central cup into the outer rings. They are found across Europe, echoes of what we might even call freedom of movement, and would have been as recognisable as a Christian cross today. But while they invite limitless speculation, there is no hint of a written or oral tradition as to their purpose.

They are therefore ideal subject matter for the art historian. No theory can be disproved. And naturally I already have my own. At Roughting Linn, I noticed that on the south-facing flank of the rock, a large number of roughly cut channels radiated out from a series of shallow depressions, about six inches deep, beyond which were the most impressive cup and ring marks. The central depression was formed of two linked depressions, one above the other, the upper one smaller than the lower. Instinctively, I lay in them. My head and torso fitted well, my arms, outstretched, followed the channels in the rock, and from my hands and legs further, smaller channels emanated, like cracks in glass. It was easy to imagine blood flowing. In that moment, facing the sun, I felt like an offering.

Local folklore still includes tales of human sacrifice. But whatever its purpose, Roughting Linn is a reminder that without accompanying words, even the most treasured object loses all its meaning. How extraordinary that, half hidden in a wood, up a mud track with no signage and open to the elements, one can stumble across a 4,000-year-old monument which, to those who made it, would have been as precious as any masterpiece today. Four thousand years from now, will people look at the tattered remains of our civilisation in similar ignorance? Perhaps I should speak to my publisher about a stone-carved edition.