The Netherlands needs to collectively examine how its past has shaped today's society, says the director of the Amsterdam museum 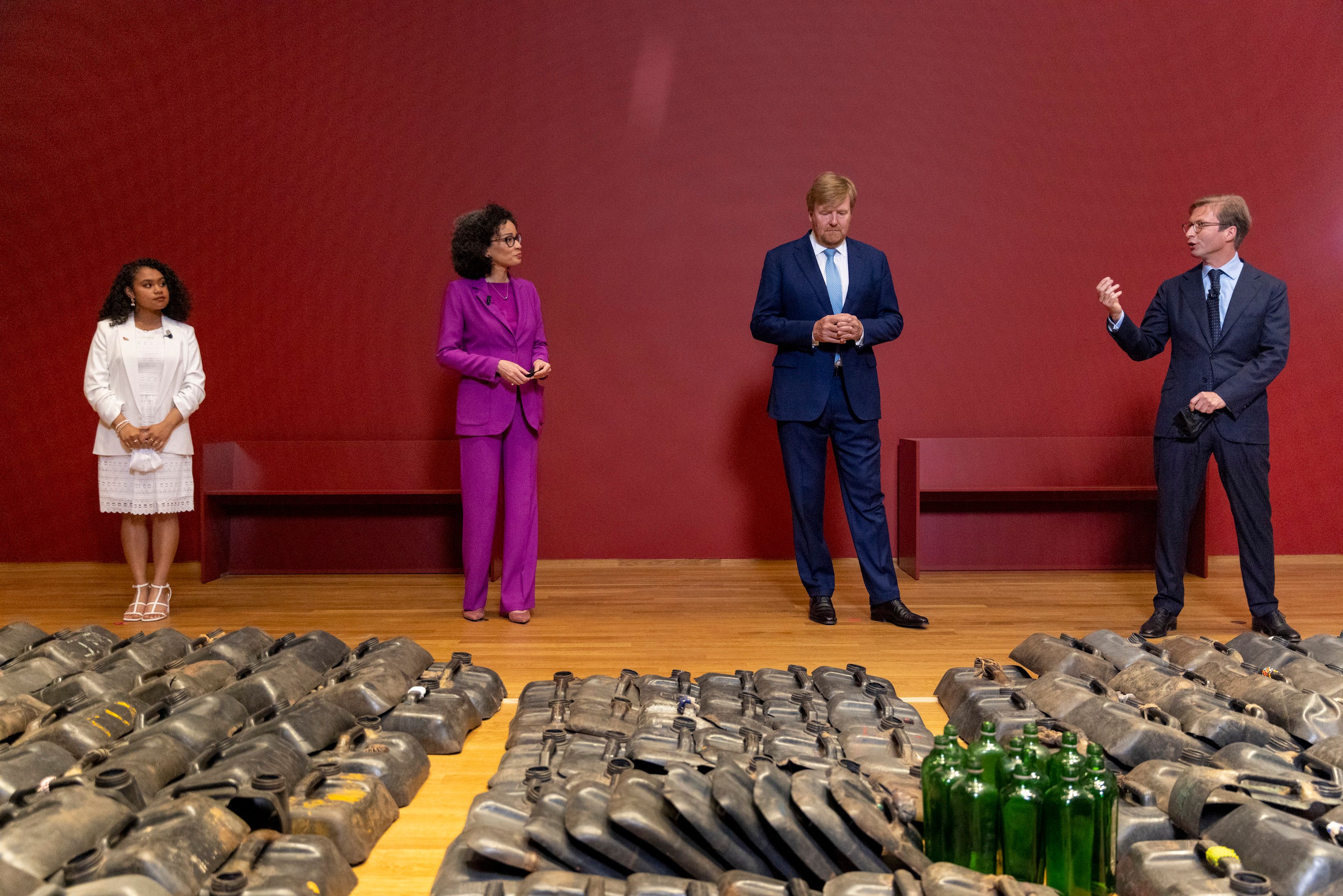 From left to right: 14-year-old singer Yosina Roemajauw, who is the narrator of the family audio tour of the Slavery exhibition; the Rijksmuseum's head of history Valika Smeulders; King Willem-Alexander of the Netherlands; and the Rijksmuseum's director Taco Dibbits Photo: © Romuald Hazoumè

In February 2017, the Rijksmuseum in Amsterdam announced it would mount an exhibition on slavery for the very first time in its history. The exhibition would focus on the people who were integral to that history, rather than provide a museological overview of the economic history of slavery, with figures and dates.

The exhibition, Slavery, which finally opened last month, has been produced during a time of drastic social change. The outbreak of the Covid-19 pandemic has had an unprecedented effect on our everyday lives, and it has brought deep-rooted inequalities even more to the surface. It has also influenced the making of this exhibition. Lenders and partners worldwide collaborated on it under often difficult circumstances, but have been patient and flexible. We believe the exhibition could serve as a model of its kind.

Slavery is an essential part of the colonial history of the Netherlands, a history that concerns every Dutch person—and the Rijksmuseum. The slave trade and slavery are so densely interwoven with the social and economic history of the Netherlands that they continue to influence society in our country, as well as that of our former colonies and parts of our kingdom overseas. By collectively delving into this history, we can indeed arrive at a better understanding of today’s society.

A vital first step in the development of the exhibition was identifying and approaching a very broad range of people, and bringing them together. New staff members with relevant professional as well as personal backgrounds were hired; a think tank was assembled; and there was an extensive exchange of ideas with national and international experts with various specialisms within the history of slavery. Artists and other creatives were also included, and contact was made with potential lenders of objects in the Netherlands and abroad.

At the same time, numerous emails came in, with reactions, suggestions and proposals for collaboration or loans. The exhibition turned into an intensive four-year process, during which people in many capacities engaged in dialogue around diverse themes. It was clear that this was to be a collective project like no other.

Every department of the museum was involved, from management to security, from human resources to communications. The resulting plans for the exhibition were also discussed externally with the Friends, donors and sponsors of the Rijksmuseum and many other stakeholders. Sometimes these were groups who were already in significant agreement; on other occasions these were groups that had not previously reflected together on the importance of representing this complex, controversial history. This produced a broad palette of input, as well as central questions such as: can slavery in the transatlantic region be compared to slavery in Asia?; as a white visitor, should I feel guilty about colonial slavery?; can the museum really tell the story of my ancestors in slavery?; and is the Rijksmuseum building an appropriate venue in which to present the history of slavery? These are questions that had not previously been posed in such clear terms—questions that gained particular relevance once all these diverse parties came together around this exhibition.

The fact that the subject of slavery was to a large extent absent from the permanent presentation of the Rijksmuseum had long found an explanation based on the idea that there was no collection available to tell the story. But was this true? Had the museum taken a good enough look at its collection?

Proceeding from the idea that our collections might actually contain more such links with slavery, we critically examined our pictures and objects and their permanent presentation in parallel with the research for the exhibition. A surprisingly high number of points of reference emerged. The results of this research will be on show in the permanent display for one year, with extra text labels explaining each object’s connection to slavery. 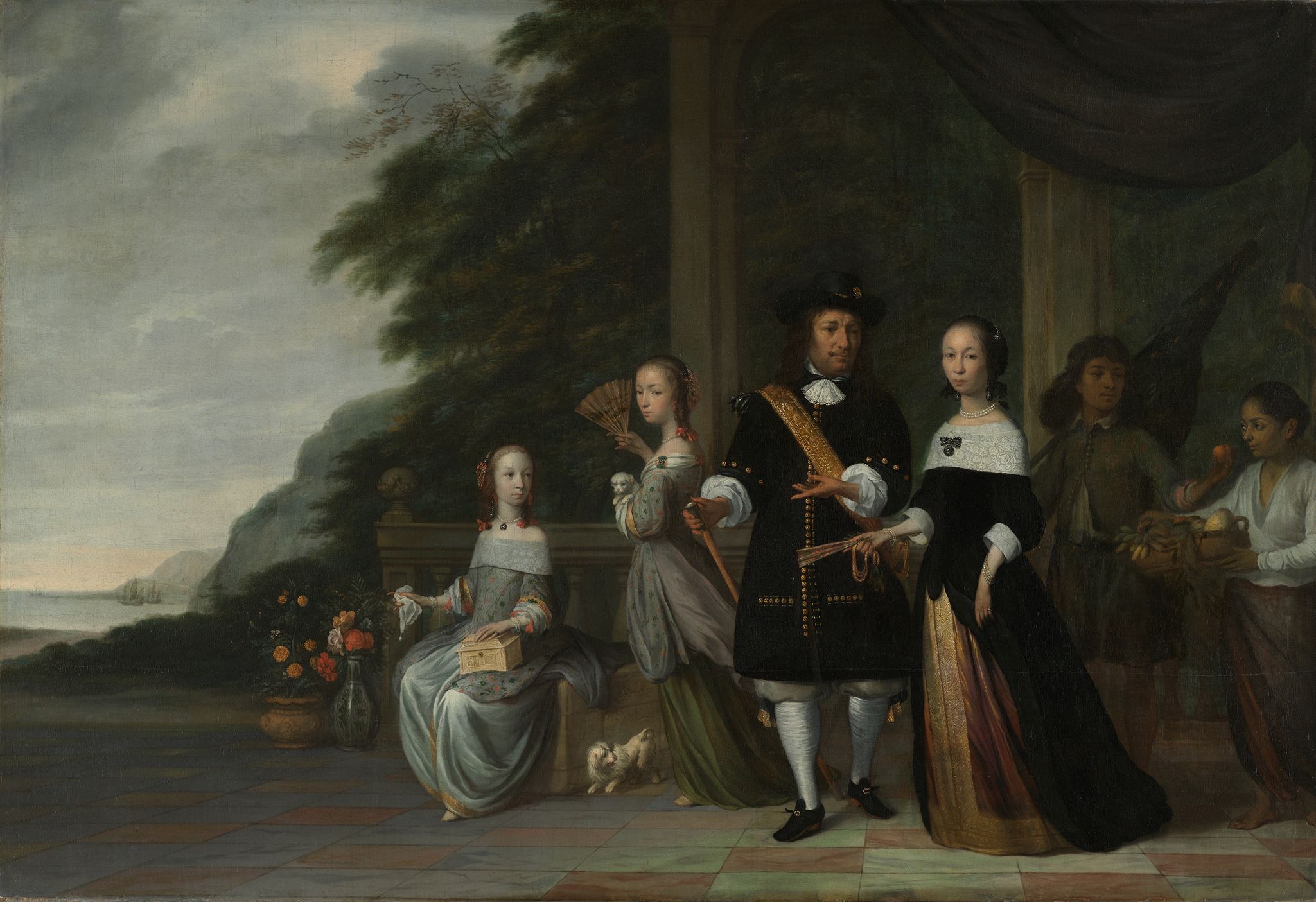 Jacob Coeman's Pieter Cnoll, Cornelia van Nijenrode and their Daughters and their Enslaved servant (1665) Courtesy of the Rijksmuseum

These links vary from portraits of people who owned plantations or occupied administrative functions in the Dutch West India Company or Dutch East India Company, to depictions of stimulants such as coffee and tobacco, produced in slavery, to the use of Black people as a stylistic device in applied art. The research makes clear that the history of slavery is inextricably bound with the national history of the Netherlands in its full scope and diversity.

A multiplicity of voices is not just important when it concerns subjects like colonial history and slavery. For the Rijksmuseum it is essential in order for us to be able to optimally fulfil our role as the national museum of art and history of the Netherlands—a museum for everyone. We hope our exhibition will make a significant contribution to the global discussion on this important and urgent topic.

• Taco Dibbits is the general director of the Rijksmuseum, Amsterdam

• Listen to our podcast interview with Valika Smeulders, head of history at the Rijksmuseum and one of the four curators of the Slavery exhibition