The UK’s imminent law against the trade in ivory is a serious threat to liberties, says former Lord Chief Justice

Civilians will be allowed to enter your house, break open containers and use “reasonable force” 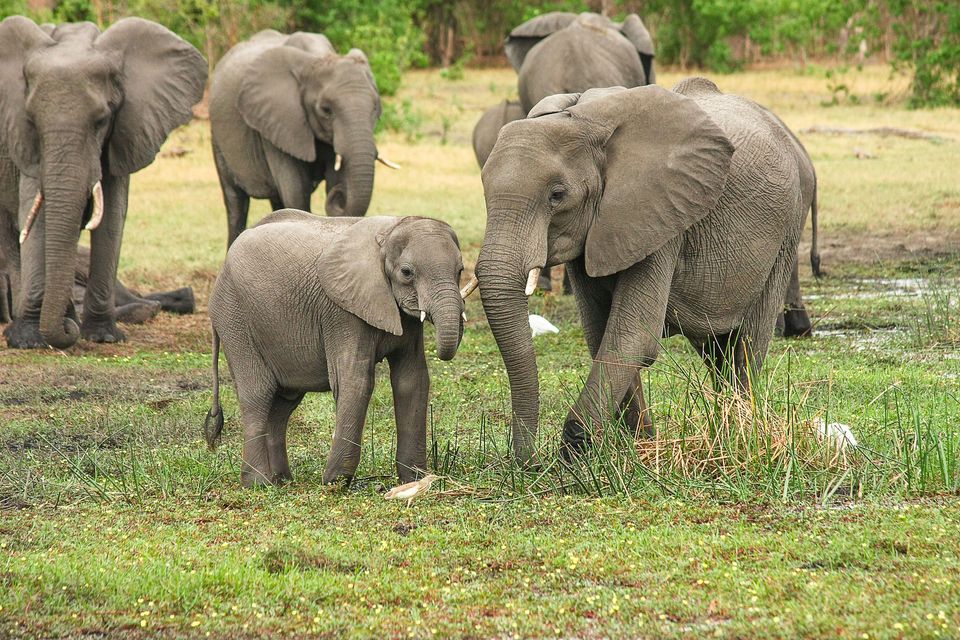 A law is about to be passed in the UK Parliament that will allow an unprecedented threat to people’s human rights. To quote from the Bill, “Accredited civilian officers” will be able to enter your home to look for illegal ivory, break open containers, seize items and use “reasonable force". They will not, however, be under the control of the police or any other existing law-enforcement agency, but will be answerable only to the secretary of state for the environment.

This government-backed Bill is being rushed through so that the UK can make a fine impression on 11-12 October at the major conference on illegal wildlife trade taking place in London. It is sponsored by the secretary of state for the environment Michael Gove, who will be making a speech at that conference.

In the House of Lords (the Upper House in the UK’s legislature, where Bills are re-debated and often redrafted), Lord Judge, the former Lord Chief Justice of England and Wales, pointed out the dangers of this provision of the Bill and said that, “If [we] read about this happening in a country that [we] were fond of… Australia, New Zealand, Canada or France, or wherever it might be…and heard that an Act…gave a minister in what they thought was a democracy, anxious to protect its liberties, the power to deploy civil servants in the way in which this Bill proposes, [we] would be immensely troubled”.

The Bill is damaging also in that it is vexatious; that is, it harasses the citizen. The UK has a long tradition of avoiding such laws because they undermine the collaborative relationship between the citizen and law-maker. For example, we have a reasonable and fair system of controlling the export of major works of art, retaining only the greatest and always compensating the would-be exporter at market value, so there is no incentive to smuggle the art out. In Italy, by contrast, where the export-licensing law is confiscatory and capriciously applied, illegal export is common.

The supporters of the Bill believe that if there is no trade in ivory in the UK, then the elephants will roam safe and free, but it is the trade in new ivory, in “bloody tusks”, that needs to be stopped, not the trade in old, worked ivory from elephants that died many, many years ago. There is next to no market for new ivory in the UK. We can be sure of this because the 2016 report on the UK trade by the most authoritative monitor of the trade in endangered species, Cambridge-based Traffic, showed that no new or “raw” (unworked) ivory—which derives from elephants killed now or recently—was seen in any of the UK’s antique markets or shops. It also stated that the majority of the exports from the UK for 2005-15 was of worked ivory and only 2% of raw ivory.

By contrast, the trade that needs to be stopped is the well documented market for poached ivory in Asia, which this Bill does nothing whatsoever to address.

Despite this evidence, the government has thrown its full weight behind a law that will make all ivory items in the UK valueless, however old they may be, with very few exceptions, the main one being when the ivory constitutes less than 10% of the volume of the piece (de minimis).

There are no precise figures for how many such items there might be in the country, but two to three million have been mentioned in Parliament, for apart from its use for sculpture, ivory was a superior equivalent to plastic in the 18th and 19th centuries, the period when it was imported in large quantities. It was used as the insulator in the handle of a silver coffee pot; for piano keys; to veneer the sides a tea caddy; as inlay in furniture and door knobs; for the handles of hair brushes.

After this law is enacted in the next few weeks, if you want to sell your great-grandmother’s mahogany chest of drawers with its small ivory escutcheon around the key hole, because of this tiny element you will have to register it with a government authority (commiserations to the poor civil servants who will have to deal with this load of trivia), provide photographs, “a description of the item and its distinguishing features”, “a declaration that it satisfies the relevant exemption condition and explanation of how it satisfies these conditions”, information about how it is going to be sold, and your name and address, plus a fee.

There is a basic rule of good governance; laws and regulations need to be proportionate. It is proportionate that guns have to be registered (which is a doddle compared to the above, merely requiring a completed application form, a photo of your passport, a fee, and one referee for a shotgun, two for a firearm).

It is not proportionate to impose registration for such minor items as those containing 10% ivory or less. It is difficult to imagine the provincial sale-rooms that specialise in house-clearances working through all this taxing paperwork (“a declaration that it satisfies the relevant exemption condition and explanation of how it satisfies these condition”) for an item that will sell for under £100? Quicker and easier to put the chest of drawers on a skip and be done with it.

With this Bill the government has set up a straw enemy, but is shooting at it with real bullets and with the likelihood of real collateral damage—the infringement of civil liberties and the harassment of the citizen.

There is still a chance to improve it. The Select Committee on the Constitution has recommended that the government explain why it intends to invest officials appointed by, and working for, ministers with policing powers; it needs to provide details of any safeguards for the proposed regime.

These safeguards could be incorporated during the Committee stage of the Bill, which should also pay attention to Lord Inglewood’s recommendation at the Second Reading of the Bill, that the 10% clause of the Bill be reconsidered and the need for registration removed, because it will “be expensive, time-consuming, bureaucratic and potentially iconoclastic”.