Why the Christie's and Sotheby's duopoly is impregnable

The auction houses sell more than 80% of works priced over $1m at auction—can an underdog ever wrestle market share away from them? 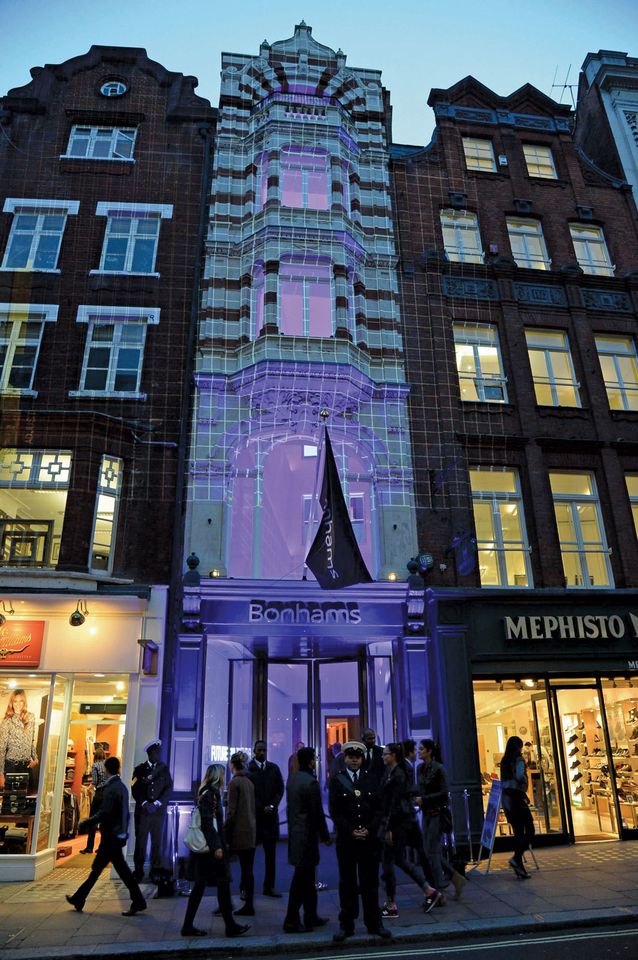 The controlling shareholders of Bonhams recently sold their stake in the auction house to Epiris, a British private equity firm, which quickly brought on additional management. As a former director, I am encouraged by this new infusion of financial support and executive leadership. However, I believe the challenges in expanding market share for any auction house are structurally endemic to the industry and are not easily overturned by a fresh infusion of capital and personnel alone.

In the New York Times, Scott Reyburn recently suggested that Bonhams is an auction house “whose business model has (so far) relied on traditional lower and middle range art and antiques.” In Reyburn’s view, this market is languishing as an effect of growing income inequality, as the wealthy seek ever more expensive prizes, leaving the sub-$50,000 marketplace bereft of buyers and liquidity.

Following my 15-year tenure there, I know that Bonhams was indeed motivated to break into the upper echelons of the Impressionist and Modern, post-war and contemporary markets, where most of the highest priced works reside. Over the past 10 years of my tenure there, however, fewer than two dozen works have been consigned in those categories and then made a hammer price over $1m. Most works sold successfully in that price range were in the Chinese, Russian and Old Masters sales, where Bonhams had relative strengths and comparative market share.

That Bonhams, one of the four 18th-century British firms to dominate the secondary market, could only manage to capture less than 0.5% of these leading categories suggests that there is a more specific, structural constraint at play in the marketplace, which remains an obstacle for any firm jostling for market share.

Sotheby’s and Christie’s enjoy an auction house monopoly, or more accurately a duopoly, in these signature categories, with a renascent Phillips hard on their heels in recent years. Indeed, according to the economist Clare McAndrew’s The Art Market Report 2018, the two dominant auction houses have more than 80% of the market for works over $1m.

Not your average duo

Measured against classic economic theory, this is a very strange kind of monopoly. Joseph Schumpeter, the 20th-century economist, outlined the basic theory of monopoly power based on three chief criteria: artificial scarcity, inefficient distribution of resources and deadweight loss. A monopoly exists when one party or a consortium maintains strict barriers to entry, controlling the market mechanism or a natural resource and artificially restricting supply in order to drive prices higher and so increase the monopolist’s profits. Consumers are forced to pay inflated prices, and the inefficient distribution of the commodity compared to an unencumbered market leads to “deadweight loss”, or unused resources, at the cost of inflating the monopolist’s profits.

The auction market, however, appears to evince almost none of these classic features of monopoly power. First, there are no significant barriers to entry. You could open an auction house tomorrow with just an auction licence and a business address, although hanging up your shingle doesn’t mean someone will probably consign their $50m Rothko with you.

Second, there is no single dominant player, but instead active and intense competition for market share at the top of the pyramid, chiefly between Christie’s and Sotheby’s, providing favoured consignors with many enticements, from global guarantees to hammer bonuses. Lastly, there is no evidence of artificial scarcity. As most auction professionals will tell you, they will sell anything and everything they can get their hands on, with some modest exceptions, so there is no deadweight loss except for the roughly 28% of lots that fail to meet their reserve on the first go-round and clog up storage rooms.

So where is the monopoly effect at play? Consider the competing firms of Boeing and Airbus, which dominate the commercial airline industry. Their battle for market share takes place in the field of innovation: whoever builds faster, lighter and more fuel-efficient planes is likely to enjoy greater market growth in the future. 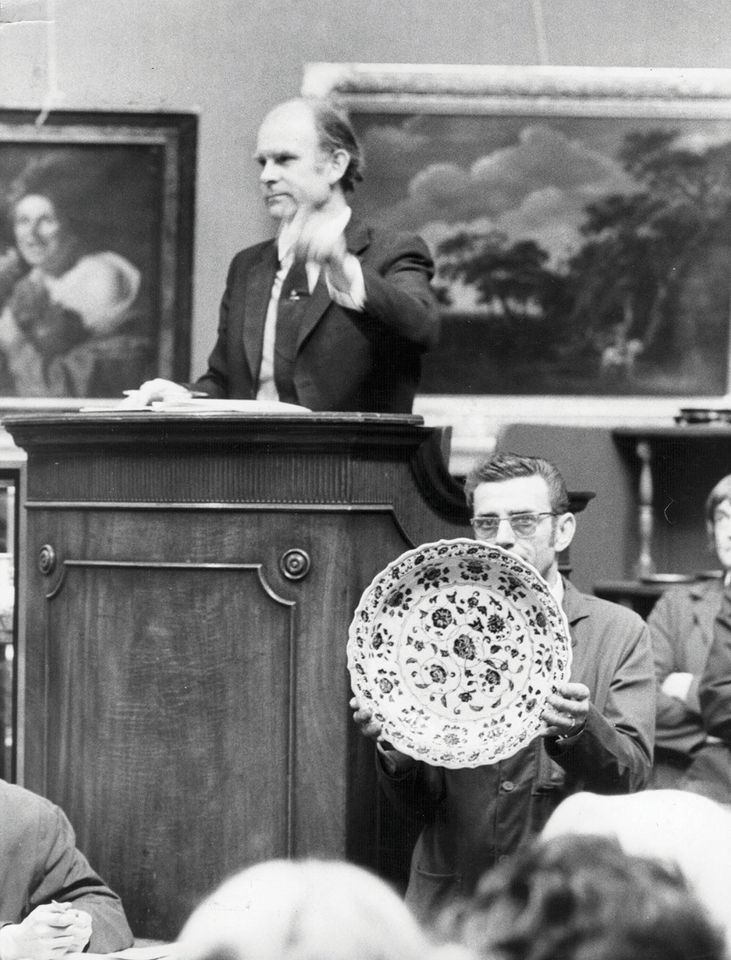 Profit on a plate: brand power and market share give Christie’s (and Sotheby’s) a seemingly permanent slice of the auction-sector pie © Evening Standard/Getty Images

With auctions, however, innovation plays virtually no role in deciding market share. The major players offer essentially the same services and expertise, despite their prognostications and self-plaudits to the contrary, and the promotion of newfangled online platforms or social media apps will not make any material difference to where a significant $100m estate will be consigned.

I have often asked promoters of these slick new platforms: what would Alex Forger do? The retired chair of the trusts and estates department of Milbank Tweed, a New York law firm, Forger was known as the go-to man for major estates coming to auction, including Jackie Kennedy’s and Bunny Mellon’s. Under what circumstances would he consign a major estate to a dotcom? The simple answer is: when hell freezes over.

Most auction property comes from estates and is managed by executors who have not consigned before and are therefore highly risk-averse—they are accordingly attracted to an auction house with a powerful brand position and demonstrable market share in the category.

The power of premiums

Even at the core of the current auction duopoly there remains intense competition for estates, and whoever offers the best terms wins. That has led to the ballooning and metastasising effect of buyer’s premium, which first emerged in the 1970s when Sotheby’s was having an off-site sale and realised it could charge buyers an ancillary fee of 10% to help offset the overhead costs. Since buyers have no negotiable power in this scenario, an arms race of ever larger and more onerous increases in the buyer’s premium ensued.

In 2003, Christie’s raised its published buyer’s premium bands, and was swiftly followed by Sotheby’s. They have subsequently raised the buyer’s premium bands in concert at least three times, with smaller rivals following in lockstep. The buyer’s premium may remain a scourge on the marketplace, as a particularly infuriating engrossed tax on bidders—the cumulative rates make it all but impossible to calculate on the fly how much you are actually bidding—but it is a natural effect of monopoly power.

In effect, this fee has mushroomed precisely because it allows the auction houses to negotiate more favourable terms on the seller’s commission for those highly sought estates. If you are already collecting 25% from the buyer, then you can offer 3% or even 0% seller’s commission to unsuspecting estates that think they are getting a bargain.

No auction house is artificially inflating prices by holding back inventory and creating artificial scarcity. Rather, the market reveals not a monopoly of prices but of commissions. If a monopoly extracts a price from all market participants, it resides in the buyer’s premium and the logic of competitive commissions.

The dominant players will progressively lean on buyer’s premium rates to extract competitive terms—their only playing field for competition—for sought-after estates, and every would-be competitor must match those rates to stay in the game. As a result, it is all but impossible to wrestle market share away from the dominant players in the absence of true innovation or the wholesale abandonment of buyer’s premium as a categorical differentiator.

This would be a highly risky strategy but would at least set an auction house apart and expose the mechanisms of monopoly power. Whether the Forgers of the world would be persuaded is another matter.