One of the iron rules of art history is that the more derided a work of art at first, the more celebrated it will become 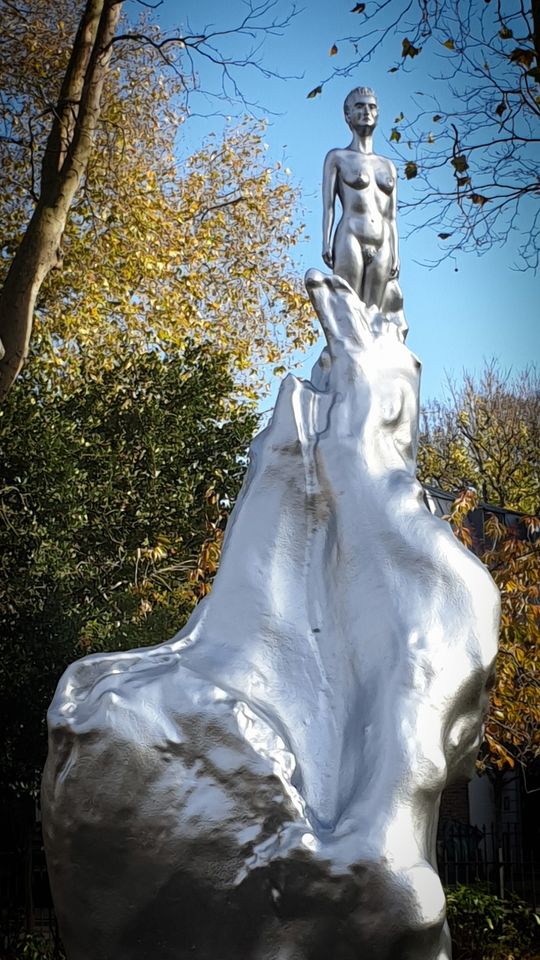 One of the iron rules of art history is that the more derided a work of art when first exhibited, the more celebrated it will become. They laughed at Monet’s Impression, Sunrise (1872) when it was first shown, and the term “impressionist” was originally intended as an insult. But even Monet might have struggled to cope with the fury unleashed on Maggi Hambling for her Sculpture for Mary Wollstonecraft.

On paper, a statue of “the mother of feminism” by one of Britain’s leading female artists must have seemed a guaranteed success. But rarely has a statue been so criticised at its unveiling. The amorphous base surmounted by an idealised female nude was too complex for today’s world of instant judgement. People saw only “silver tits” and “bouffant pubes”. Criticism ranged from the obvious—“it doesn’t look like Wollstonecraft”—to the affronted: “you never see Charles Dickens with his balls out, do you?”

However, I wouldn’t write it off yet. These days even backlashes get a backlash, and more are now seeing the statue’s merits. If Sculpture for Mary Wollstonecraft does become more widely admired, then I claim my place among those who declared that “actually, they always quite liked it”. Certainly, the silvery colour takes getting used to—it looks as if Goldfinger has been experimenting with cheaper ways to kill—but a few years of London pollution will help it acquire some much-needed patina.

The furore over the statue’s nudity took me by surprise. Clothes rarely work on a statue; it’s why the ancients preferred their marbles naked, or clad only in the simplicity of a toga. A statue of Charles Dickens with his balls out—and we can deduce from his ten children that they often were—would have much to admire. Nor is nudity in British public sculpture new; the first nude public statue in Britain, Achilles, was erected in Hyde Park in 1822 (it was paid for by the “Ladies of England”, who evidently had no qualms about the nudity, although after some debate they did vote for a fig leaf).

What I like about Hambling’s figure is that it is nude, but not erotic. Wollstonecraft would have recognised the honesty of Hambling’s focus. “For man and woman,” she wrote in The Vindications of the Rights of Women (1792), “truth… must be the same; yet the fanciful female character, so prettily drawn by poets and novelists, demanding the sacrifice of truth and sincerity, virtue becomes a relative idea, having no other foundation than utility, and of that utility men pretend arbitrarily to judge, shaping it to their own convenience.” Naked, stripped of outward signs of wealth and privilege, we are all equal.

If 2020 has taught us anything about statues, it is that a statue is now about much more than just itself. What matters is the context and controversy it creates. The age of statues as commemorations of Dead Historical Personage staring into the distance, ignored by all who walk past it, is over. Today’s statues must be works of performance art, able to pierce the boundary between the physical space and the digital. It is because Sculpture for Mary Wollstonecraft is so eccentric that more people are talking about Wollstonecraft than at any time since the 19th century. For the group who commissioned the statue, Mary on the Green, it is £143,000 well spent. We will have to wait and see if art history comes to the same conclusion.