As artificial intelligence becomes more common, the market is embracing tools that might help to bring digital natives into the Golden Age

The art market often likes to believe it is immune to mercenary forces affecting most retailers, and is reticent in adopting new technology—the romantic encounter between collector and object cannot, after all, be simplified into an algorithm. Or can it? If millennials trust apps to find love, why not use them to find paintings?

But what is passing fad and what is the 2018 equivalent of the email? And is any of it relevant to Old Masters and a fair like Tefaf Maastricht? Mentioning AI in the same breath as a bastion of tradition like Tefaf seems as incongruous as placing a work by Leonardo in a contemporary art sale. Yet we all know how that ended.

Mentioning AI in the same breath as Tefaf seems as incongruous as placing a work by Leonardo in a contemporary art sale. Yet we all know how that ended

Change can happen, even in this traditional world. Five years ago, most Tefaf exhibitors were not on Instagram. Now many are embracing it. Emma Ward, the managing director of Dickinson gallery, says she has had offers for works on Instagram, and dealer Jorge Coll of Colnaghi concurs: “We’ve generated sales through it,” he says.

But Tefaf’s 2017 online-focused art market report, written by Rachel Pownall, found that a third of exhibitors still operate offline only, and 20% had no intention to move online. Yet, as Pownall noted, millennials came of age during “this massive intrusion of mobile technology”; her survey found that 57% of Americans aged 25 to 34 were comfortable buying art online, and she concludes: “There is no doubt of the sheer potential of digital and mobile channels to impact the art business”.

However, Tefaf Ten, the planned e-commerce platform for exhibitors, has, says Patrick Van Maris, Tefaf’s chief executive, been put on hold after the termination of the partnership with online marketplace Invaluable, which would have developed and hosted it. “The idea is on the shelf for now, but never say never.” Still, Van Maris stresses that digital innovation is vital: “Dealers must reach out to their audiences and invest in new technology, otherwise they’ll miss the boat.” Van Maris also thinks blockchain, the technology behind bitcoin, “is going to become important for recording provenance. New and younger clients will expect transparency.”

For digitally native millennials, art and tech are a potent combination, particularly when combined with a dose of narcissism—more than 50 million selfies have been taken with Google Arts & Culture app’s art selfie function (most matched with an Old Master). But conversion into sales is the challenge. “People use tech for discovery, which leads to commerce,” says Jennifer Deason, Sotheby’s head of strategy and corporate development. “Clients increasingly come in digitally. Titian’s Saint Margaret, which went for $2.1m in New York in January, sold online.”

With Thread Genius, Sotheby’s will launch an app that, Deason says, “combines image recognition with a recommendation algorithm, suggesting similar works coming up for sale” alongside creating an image recognition database for internal use “to aid attributions and make our people more efficient”. But Deason steps back from saying that AI might replace human expertise: “That would be very difficult, at the high end. There will always be the human touch.” 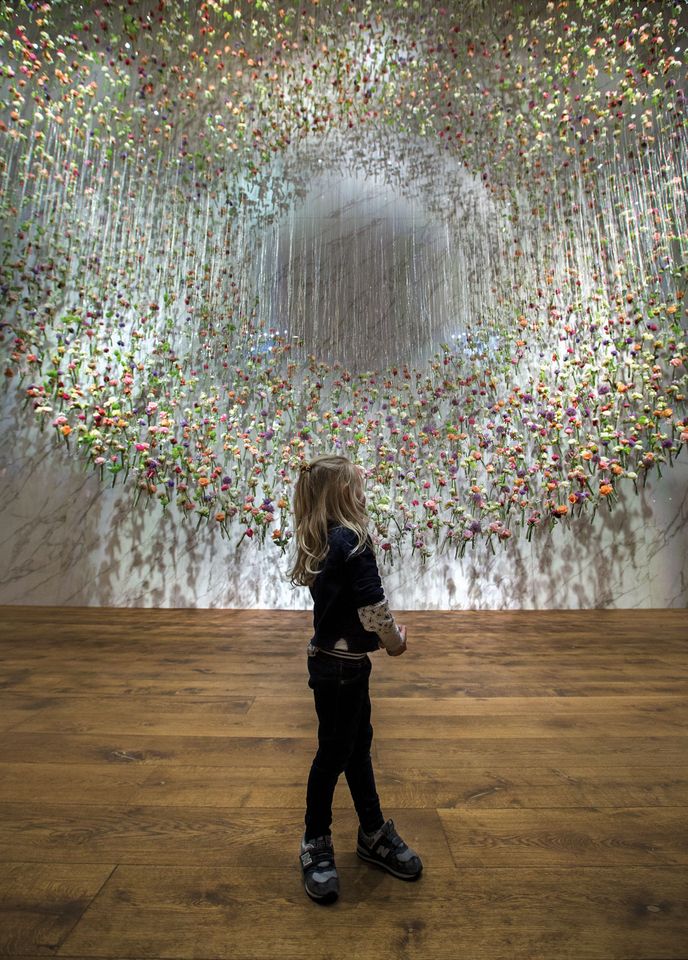 Ed Dolman, Phillips’s chief executive, thinks AI might be used to authenticate works but says: “It’s probably not quite developed enough for every type of work we sell to give the sort of certainty that our clients need before they spend $500,000 on something.”

Auction houses’ sales information gives them an advantage over fairs in harvesting data; some employ analysts to home in on, say, those who have underbid for a work but have not bought. Fairs have rough data on visitors but little on what they buy and why. Exhibitors are not obliged to give organisers comprehensive sales information. “I’d love to know exactly what people sold; it would be hugely useful,” Van Maris says. “I don’t think it’s realistic at the moment to insist exhibitors report all sales but, having said that, with this drive towards transparency, in future it might be.”

Rather than just looking at what someone has bought, auction houses and dealers have to look at why. Other businesses have embraced this concept; the art world is behind

This leaves fairs at a disadvantage in using AI to interact with and attract visitors. AI can detect patterns in data and learn to recognise personalities and tastes. “Building an emotionally intelligent computer, able to understand humans, is where AI is headed,” says Tadas Jucikas, the co-founder of the London-based company Genus AI, which helps businesses understand and find clients. Next month, Mieka Sywak, formerly the director of London’s Lapada Art & Antiques Fair, joins the company as head of commercial. “Data for AI is like air for us humans,” Jucikas says. “Rather than just looking at what someone has bought, auction houses and dealers have to look at why. Other businesses have embraced this concept; the art world is behind.”

Jucikas believes that by combining first-party data (attendance or sales information) and outside sources (such as consumer and social media data), AI can help understand personality type and motivations—more telling than simple demographics. AI companies often construct their categories on more sophisticated versions of the “Big Five” personality test, based on five key traits: openness, conscientiousness, extroversion, agreeableness and neuroticism. This could help predict someone’s taste in art and antiques too.

We are told that the single-focus, stamp-collector mentality is dead as everyone now cross-collects. But a blanket change in behaviour seems improbable. It is more likely, Jucikas thinks, that someone “high in conscientiousness will be interested in order, intricacy and craftsmanship, for example in clocks. They are more likely to form a comprehensive collection and tend to be in professions that require precision, like medicine or engineering.”

Meanwhile, those who enjoy the speculative world of contemporary art are extroverts, open to new experiences and not risk adverse. They might also be attracted to a challenging Old Master. Carry this idea forward, and clock dealers might find new clients by advertising in medical or engineering journals.

A bit sci-fi? Perhaps. But as the amount of data increases and the cost of technology decreases, AI could be another tool to help bring those digital natives to the Golden Age.