Barry Avrich talks to us about his new film Made You Look: A True Story About Fake Art, due to be released in theatres this autumn 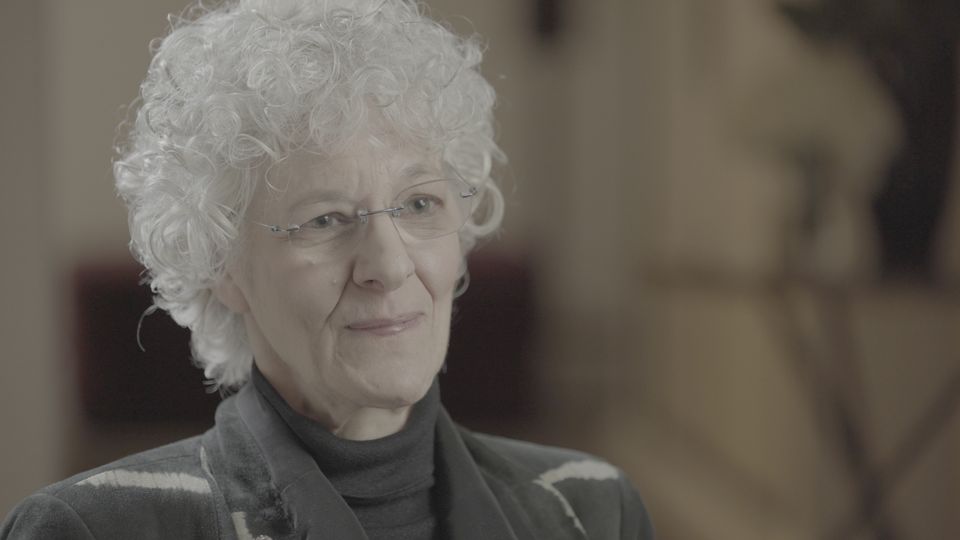 In the film Made You Look: A True Story About Fake Art, Ann Freedman, the former president of Knoedler, restates her belief in the authenticity of the works purported to be by Jackson Pollock, Robert Motherwell, Mark Rothko and others that lacked clear provenance and were doubted by experts

A new documentary released online only in Canada examines the scandal involving fakes sold through the New York gallery Knoedler & Company for more than 14 years. But unlike other films that have focused on this art world drama, Made You Look: A True Story About Fake Art, caught up with three major players at the centre of the controversy who until now have avoided speaking publicly about it. And the documentary’s director, Barry Avrich, tells The Art Newspaper how he secured such difficult on-camera interviews.

In the film, Ann Freedman, the former president of Knoedler, restates her belief in the authenticity of the works purported to be by Jackson Pollock, Robert Motherwell, Mark Rothko and others that lacked clear provenance and were doubted by experts—but which were sold to collectors through Knoedler over the years for an estimated $80m in total. Freedman says that she was shocked when the dealer who sold her those works, Glafira Rosales, admitted in court that the paintings were actually commissioned from a Chinese-born artist who lived for decades in Queens.

“Do I believe that Ann Freedman is a criminal? No.” Avrich says. “Do I believe that she got caught up in the work, and couldn’t turn back? Yes. But having these paintings be real worked so well for everybody, not just Ann Freedman.” Freedman gives an emotional account in the film of her ouster from Knoedler after three decades by its owner, Michael Hammer. She recalls leaving with nothing but her pocketbook.

Moving along the supply chain, Avrich flew to Lugo, Spain to question José Carlos Bergantiños Diaz, Rosales’s former boyfriend. Rosales testified that Bergantiños recruited the artist Pei-Shen Qian, who peddled copies of other artists’ work on the street in Chinatown, to create the forgeries.

“Carlos’s lawyer had a serious tobacco addiction and left the room every five minutes,” says Avrich, and so the film-maker deviated from pre-approved questions. Before leaving, Bergantiños tries on camera to sell Avrich a harmonica.

Avrich also journeyed to China to find Qian at an apartment in Shanghai. “He and his wife were horrified when we showed up,” Avrich recalls. “She insisted on being his spokesperson. She could have slammed the door in our face, but she wanted to talk. He would not go on camera, but blamed Glafira and Bergantiños for getting him into the whole thing.”

Avrich also interviewed the collector Domenico de Sole, the chairman of Sotheby’s, who sued Knoedler and Freedman over a fake Rothko he bought for $8.3m and persisted with his claim as testimony about the other forgeries piled up. His case reached a settlement mid-trial, just before Freedman was due to testify.

Besides Rosales, who agreed to a plea deal with prosecutors, and the other defrauded buyers “too embarrassed to talk”, two figures in the case eluded Avrich. One was Knoedler’s owner Michael Hammer, who spent gallery funds on a $500,000 Mercedes and other personal expenses, according to the testimony of the gallery’s former accountant. “Millions of dollars poured in” to the gallery because of the forgery scheme, Averich notes. “It’s interesting that [Hammer] skated through it and went back to his life.”

Another absence is David Mirvish, the Canadian dealer, collector and philanthropist who co-invested in multiple fake paintings with Knoedler gallery. He defended the authenticity of the disputed works after experts called them forgeries. “Ultimately, I think he was embarrassed,” Avrich says.

• Made You Look: A True Story About Fake Art is scheduled for an October 2020 release in theaters in New York, London and Toronto.