Ancient disc, the look of maternal love and treasures of the sea attract buyers

From ancient ritual objects to contemporary photographs, here is a snapshot of what people have bought at Frieze London and Frieze Masters

Subotzky’s Beaufort West series of photographs captures the poverty and squalor of the South African town’s residents—including Samuel. The works were first shown in New York in 2008, in the Museum of Modern Art’s New Photography exhibition. Since then, Subotzky has intervened to dramatic effect by smashing the glass of some of the pieces, including this one, which was bought by a London-based collector. 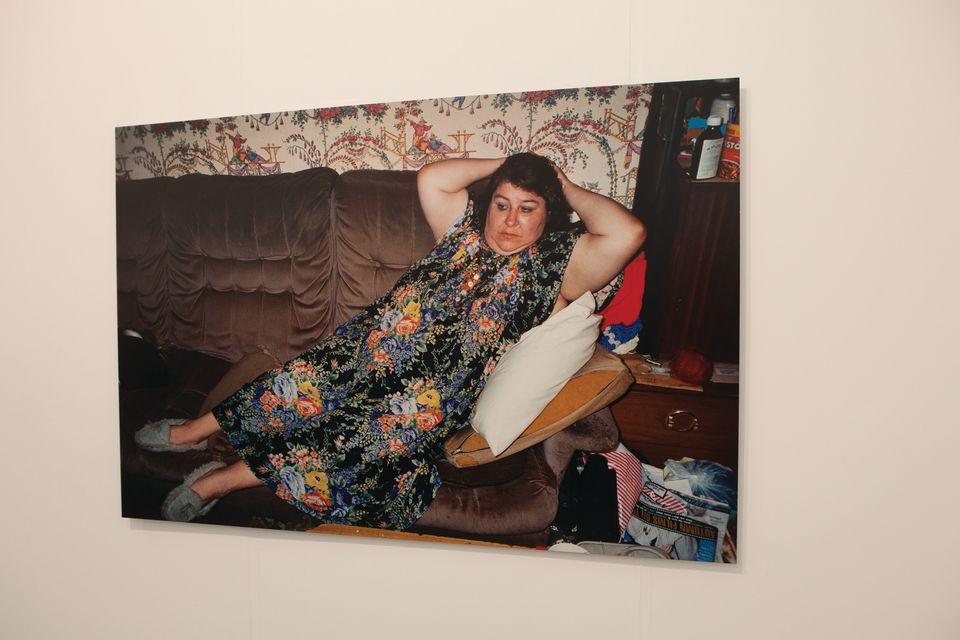 This photograph of Billingham’s mother, Liz, was the first of a series of images of his family inside their council flat in Dudley to sell from Anthony Reynolds’s stand—part of the fair’s 1990s section—this week. Reynolds describes the 1996 publication of the photographs in the book Ray’s A Laugh as one of the defining events of the decade. The images on his stand were originally made in editions of five, seven or ten, with one from each series held back—until now. 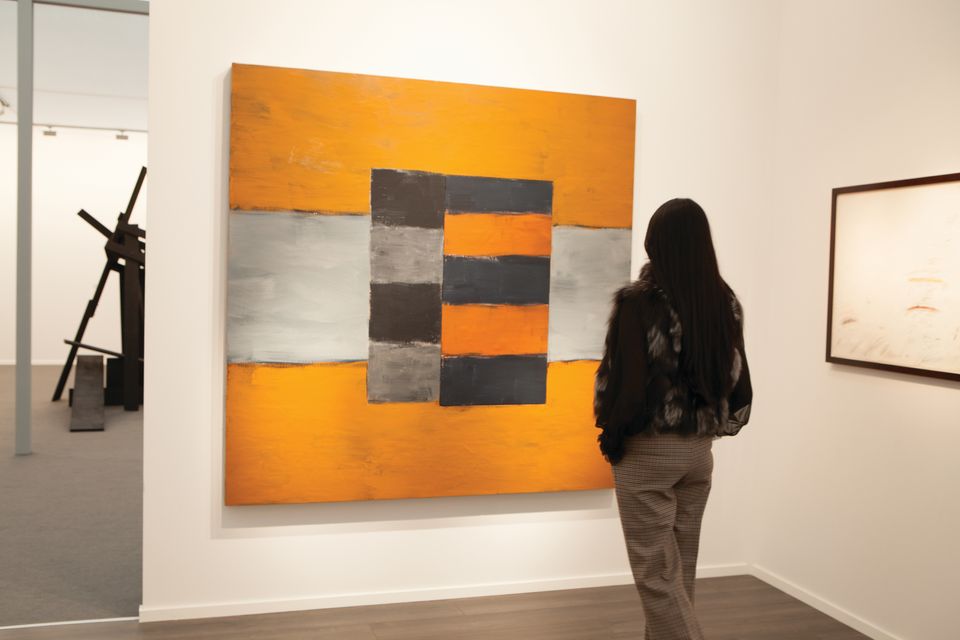 In 2015, the now 71-year-old Scully had solo exhibitions at 13 museums and galleries in eight countries. Now comes the news that the Hirshhorn Museum and Sculpture Garden in Washington, DC, will stage a major show (8 June-1 October 2017) of the artist’s recent paintings, including the Landline works that were made for a collateral exhibition at the Venice Biennale in 2015. This fluid, earlier work quickly sold to a European private collector on Wednesday. 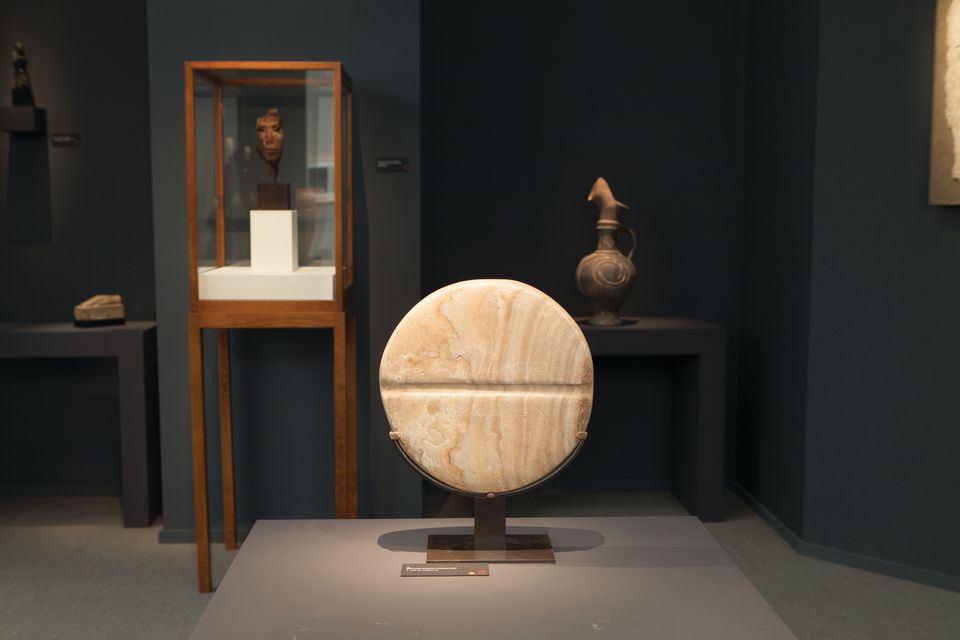 Bactrian striated marble disc (around the second millennium BC)

London’s Rupert Wace gallery is showing carefully chosen works, designed to chime with collectors who buy across periods. This indented, pure marble disc from modern-day Afghanistan could almost pass as a pill by Damien Hirst, but it was made more than 3,000 years ago. It was almost certainly used as a ritual object, says the gallery’s director Claire Brown. The disc sold to a UK private collector. 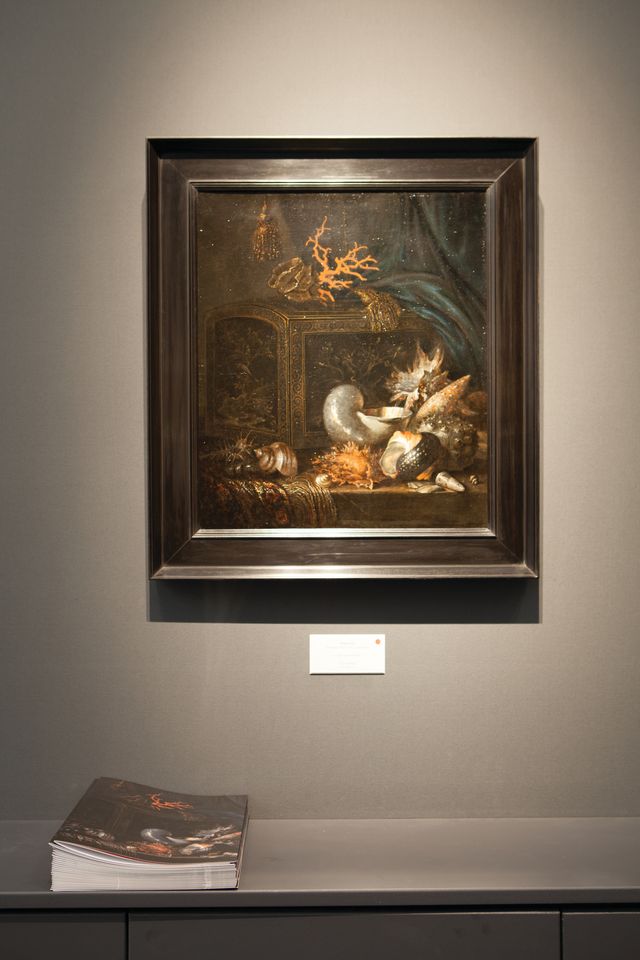 Still-life of shells and corals, before a lacquer casket up a draped table (date unknown)

The Dutch Golden Age artist Willem Kalf painted only a handful of sea shell still-lifes, so this newly discovered work, backed by the expert Fred Meijer of the Netherlands Institute for Art History, is attracting plenty of attention among the more limited number of Old Masters to be seen in the older art tent this year. As trade expanded worldwide during the 17th century, items from far-flung oceans became prized novelties, Meijer explains. This work sold to a US private collector, through an art adviser.