ArtRio forges ahead, making it the first major event to take place in Brazil since the pandemic began

Marking the fair's tenth anniversary, a live event with limited ticketing for collectors continues even as Covid-19 cases climb 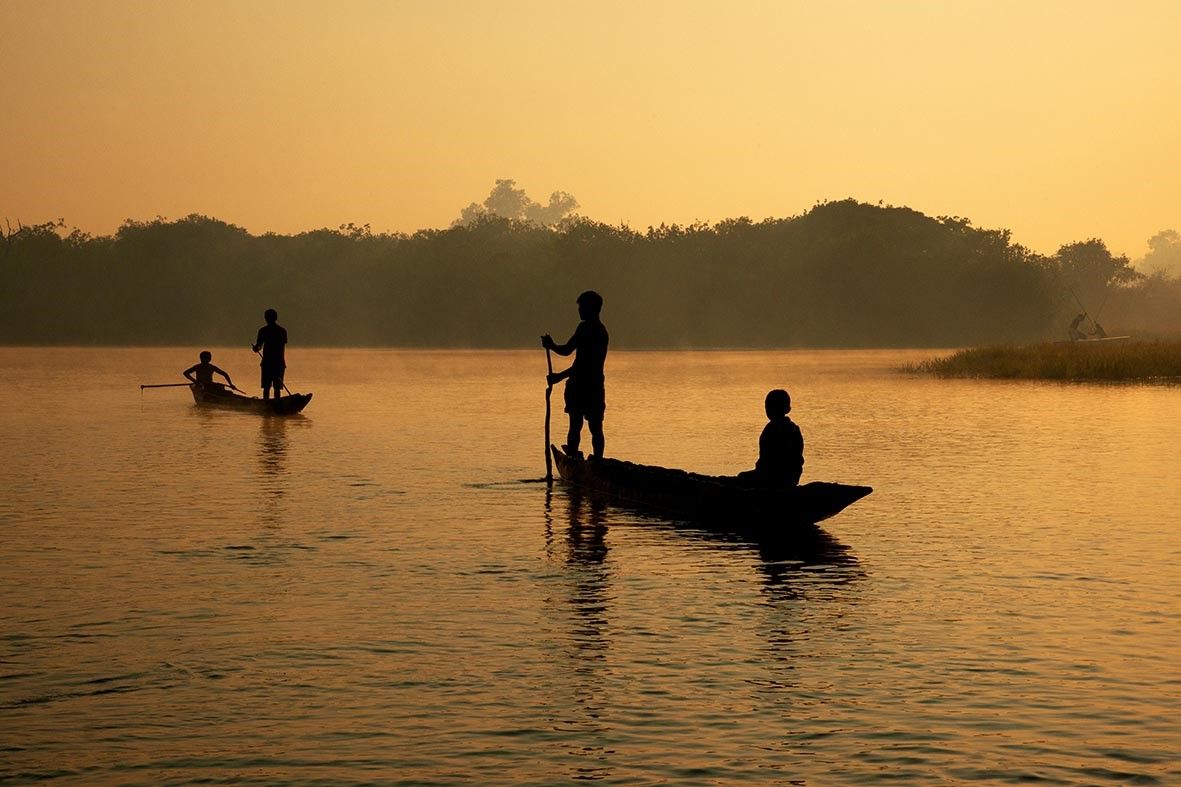 Pesca Waurá at Pyulaga Lagoon (2016) by Renato Soares, part of a series of works documenting the Indigenous communities of Brazil over 30 years. Renato Soares

These days, it is news when an art fair manages to go ahead rather than be postponed due to the pandemic and Brazil's ArtRio in Rio de Janeiro is one such rare example, with both a live event and a digital edition. Despite the fact that Brazil is the second country in the world with the most deaths from Covid-19 and the third with the most infections, organisers have made available a limited number of tickets for the live event (until 18 October), with health protocols being strictly enforced. The online portion, which extends until 25 October, includes talks, virtual tours and debates.

“We are prioritising buyers and collectors for the live event while the digital edition will reach a wider audience, who can be anywhere in the world,” says Brenda Valansi, ArtRio's co-founder and president. Although there were plans to commemorate the fair's tenth anniversary year in great style, Valansi says those quickly had to change due to the pandemic.

"This year we will have an edition appropriate to the current scenario. The big celebration will have to wait until 2021,” she adds.

Guests for the live event have their temperatures taken at the door and are required to wear masks and maintain social distancing. Organisers say that hand sanitiser will be available at all stands and that viewing should be limited to two hours, although Valansi stresses they will not "kick anyone out who remains for longer".

“We opted not to have an extra tent put up so that guests can remain outside, in the garden if they want to linger a bit, or if inside becomes crowded,” she says.

Galleries are also doing their part in trying to meet safety protocols. “We are reducing the number of people at our stands from five or six to just two and have done away with the usual small room for private guests and customers,” says Alex Gabriel from Fortes, D’Aloia & Gabriel.

In all, 47 galleries have stands at the physical pavilion, while 71 galleries will promote virtual booths. The online event will have live conversations with artists, lectures, guided tours to artists' studios and music performances.

Participating galleries will be divided between Visya, dedicated to emerging galleries (ten years or younger) with projects developed exclusively for the fair, and Panorama, for galleries established in the modern and contemporary art market. 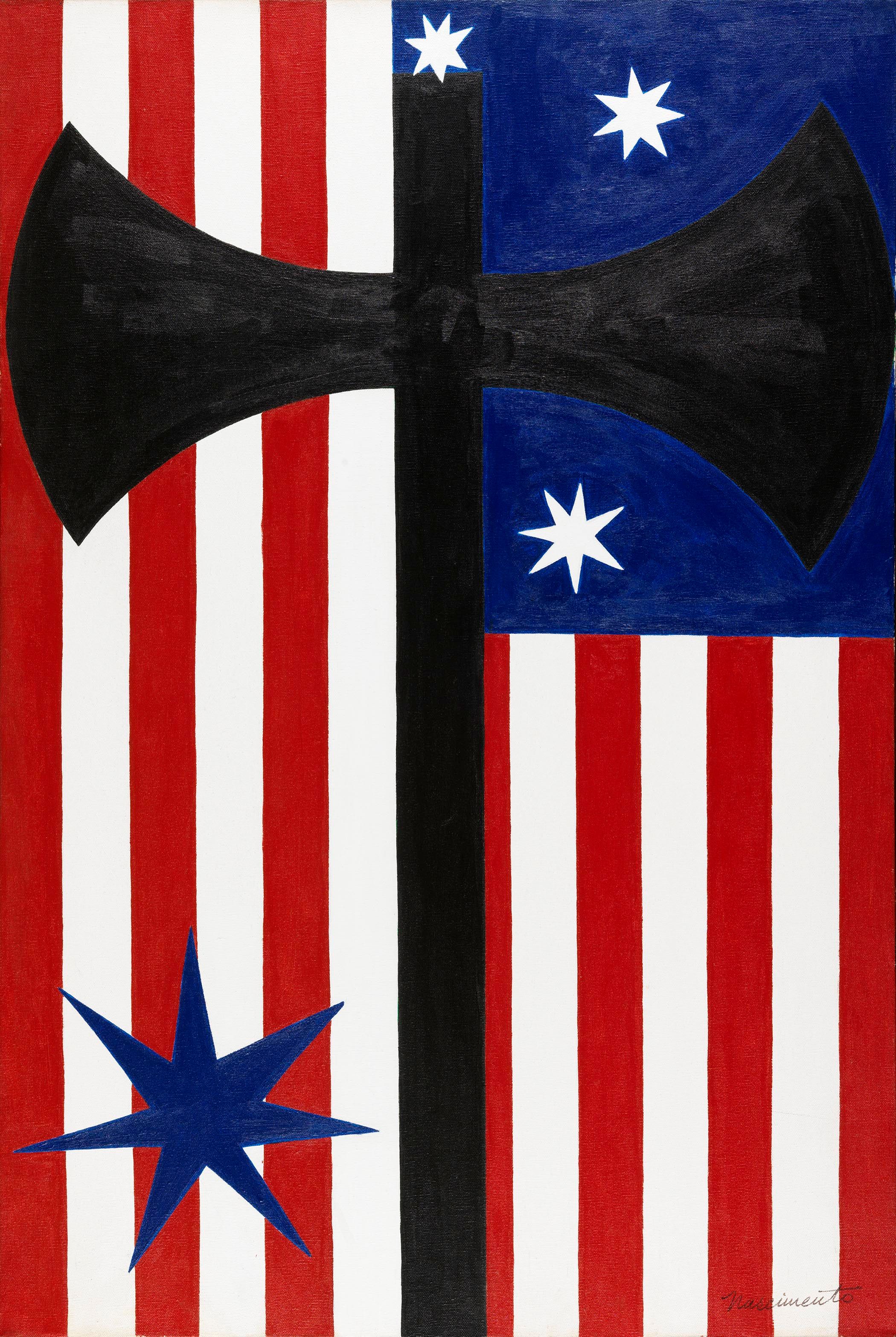 Works by the African artist, filmmaker and activist Xangôs Abdias Nascimentooo, who died in 2011, are presented for sale for the first time at this year's edition of ArtRio. Mapa Galeria

One of the highlights of this year’s event is the MaPa Gallery which presents the unpublished works by Abdias do Nascimento (1914-2011). With the theme A(rt) FRO, the gallery will present works by artists who dedicated their work to the valorisation of African culture. It will be the first time Nascimento’s work will be available for sale. Actor, director, playwright, militant, poet, writer and artist, Abdias immersed his work in the universe of ancestral deities, symbols and heroes of African myth.

This year ArtRio will have also have a space dedicated to images of Brazil including photos taken by Renato Soares of indigenous Brazilian communities he has befriended in the last 30 years. One-third of all his sales will be given the communities portrayed.

Although the number of galleries in last year’s edition was considerably higher, 80, Valansi said she was pleasantly surprised with the turnout.

“To tell you the truth I already consider it a great accomplishment to be able to put on a live event in the current scenario. We were expecting only about 25 galleries to agree to setting up live booths,” she says. And while Valansi says that "collectors are eager to see works in person" and "people are getting tired of seeing art online", gallery owners also see the advantages to the online platform.

“I think the virtual event complements the live fair and will continue to do so in years to come. Those who come in person to the fair can go home and get additional information about a piece or an artist online. You can see videos of artists talking about their work which would be almost impossible in a totally live event, "says Gabriel.

Integrations between physical and digital presentations continue to proliferate, too. For their presentation at the online-only Frieze London last week, Gabriel and A Gentil Carioca installed their physical presentations in Rio so that local audiences could enjoy them while UK and other international viewers could experience more than just a jpeg image. A Gentil Carioca, which is based in Rio de Janeiro, took over an intersection between its two gallery locations across the street from one another, to present a safer and socially distanced outdoor installation. Fortes D’Aloia & Gabriel, which has locations in São Paolo and Rio de Janeiro, opted for an indoor show with a group presentation, Pulse.

"The use of both virtual and physical event is a trend that is here to stay," Gabriel says.